What's Up for the Debut Author Challenge Authors? - Part 18

What's Up for the Debut Author Challenge Authors? - Part 18 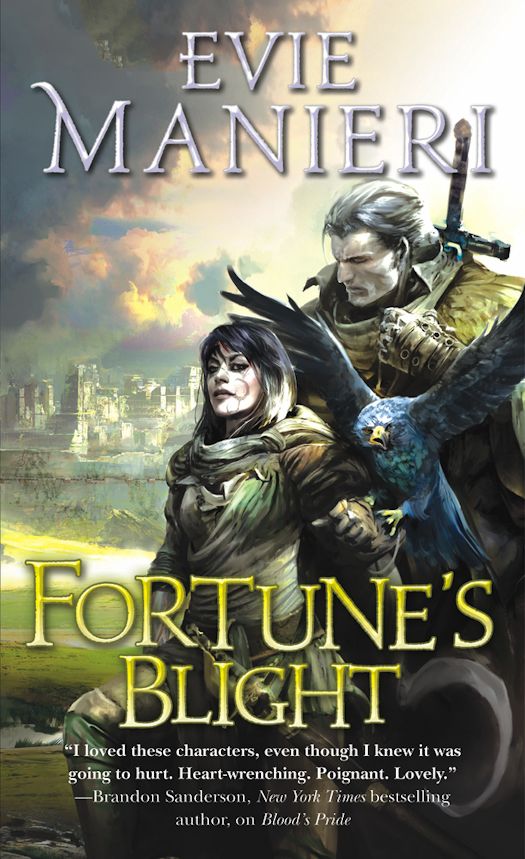 Fortune's Blight by Evie Manieri continues the conflict begun in Blood's Pride. Victory for the Shadari rebels has come at a terrible price. Hardship, superstition, and petty feuds poison King Daryan's young reign, and entire families are vanishing without a trace. Help is nowhere to be found, for their Nomas allies have troubles of their own and the Mongrel, plagued by the sins of her violent past, has disappeared.

While Daryan struggles to maintain the peace, Eofar and Rho are racing to their northern homeland to plead—or fight—for the Shadar's independence. But Norland has changed, and they soon find themselves embroiled in the court politics of an empire about to implode.

Meanwhile, the Mongrel's path carries her deep into Norland's frozen wastes to redeem a promise—one that forces her into the heart of the growing conflict.

As the foundations of the two far-flung countries begin to crack, an enigmatic figure watches from a tower room in Ravindal Castle. She is old, and a prisoner, but her reach is long, and her patience is about to be rewarded.... 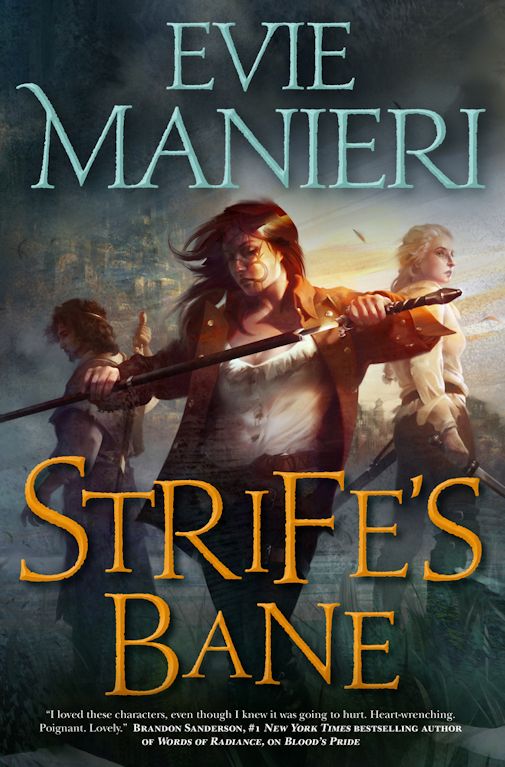 In the Field Marshal's Shadow: Stories from the Powder Mage Universe
November 17, 2015
Hardcover and eBook, 135 pages 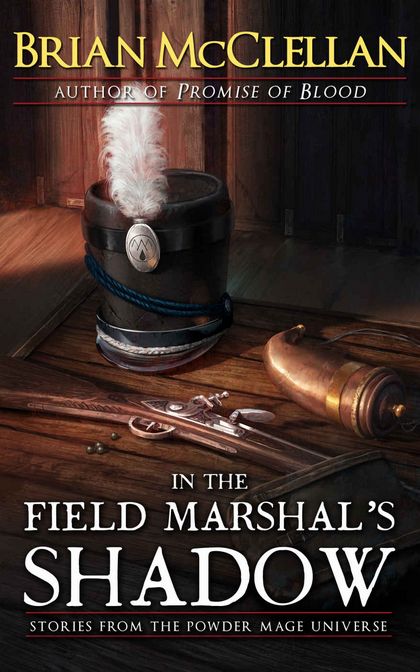 Five stories from the Powder Mage Universe, including the never-before-published "Green-Eyed Vipers" 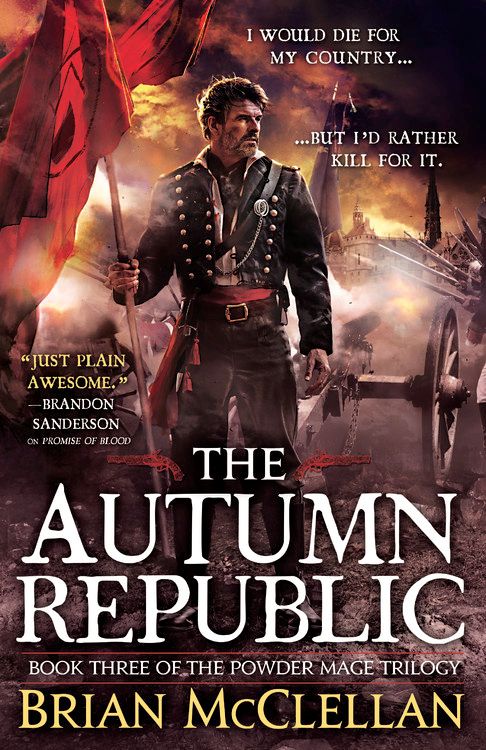 IN A RICH, DISTINCTIVE WORLD THAT MIXES MAGIC WITH TECHNOLOGY, WHO COULD STAND AGAINST MAGES THAT CONTROL GUNPOWDER AND BULLETS?

The capital has fallen...
Field Marshal Tamas returns to his beloved country to find that for the first time in history, the capital city of Adro lies in the hands of a foreign invader. His son is missing, his allies are indistinguishable from his foes, and reinforcements are several weeks away.

An army divided...
With the Kez still bearing down upon them and without clear leadership, the Adran army has turned against itself. Inspector Adamat is drawn into the very heart of this new mutiny with promises of finding his kidnapped son.

All hope rests with one...
And Taniel Two-shot, hunted by men he once thought his friends, must safeguard the only chance Adro has of getting through this war without being destroyed...

THE AUTUMN REPUBLIC is the epic conclusion that began with Promise of Blood and The Crimson Campaign.

Take the Monkey and Run
A Call of the Wilde Mystery 4
Berkley, July 5, 2016
Mass Market Paperback and eBook, 304 pages 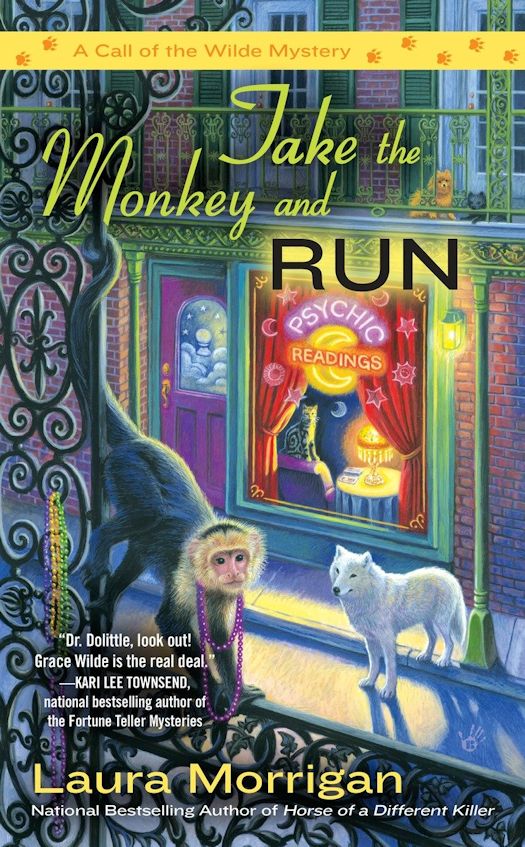 Grace Wilde must use her psychic abilities to track down a pesky primate in the latest Call of the Wilde Mystery.

Grace Wilde is excited to head to New Orleans for her first “real” case as an animal telepath. She intends to help a woman find her missing sister, but when she attempts to communicate with her client’s cat, Coco, Grace gets distracted by the presence of a much wilder animal.

Coco confirms that a mysterious monkey has been swinging around the Big Easy. Grace thinks she might be able to help corral the cheeky Capuchin in addition to solving her case. But things get complicated when she receives a cryptic warning that her client isn’t what she seems. Now it’s up to Grace to separate the truth from the monkey business… 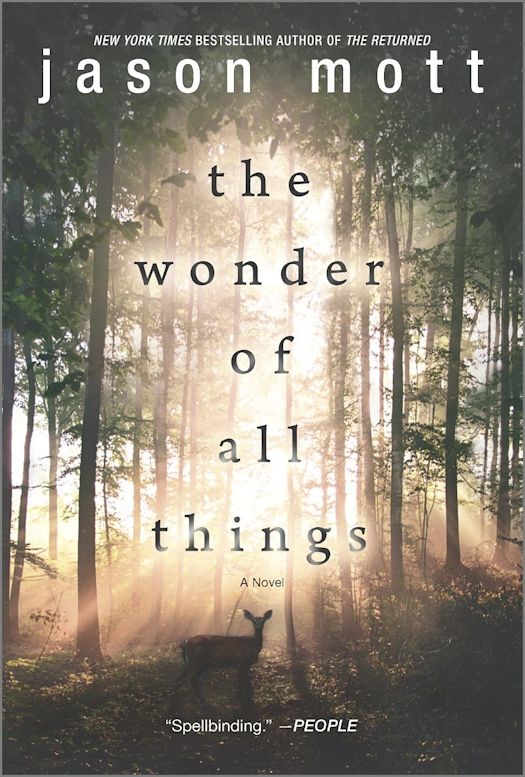 On the heels of his critically acclaimed and New York Times bestselling debut novel, The Returned, Jason Mott delivers a spellbinding tale of love and sacrifice

On an ordinary day, at an air show like that in any small town across the country, a plane crashes into a crowd of spectators. After the dust clears, a thirteen-year-old girl named Ava is found huddled beneath a pocket of rubble with her best friend, Wash. He is injured and bleeding, and when Ava places her hands over him, his wounds disappear.

Ava has an unusual gift: she can heal others of their physical ailments. Until the air show tragedy, her gift was a secret. Now the whole world knows, and suddenly people from all over the globe begin flocking to her small town, looking for healing and eager to catch a glimpse of The Miracle Child. But Ava's unique ability comes at a great cost, and as she grows weaker with each healing, she soon finds herself having to decide just how much she's willing to give up in order to save the ones she loves most.

Elegantly written, deeply intimate and emotionally astute, The Wonder of All Things is an unforgettable story and a poignant reminder of life's extraordinary gifts. 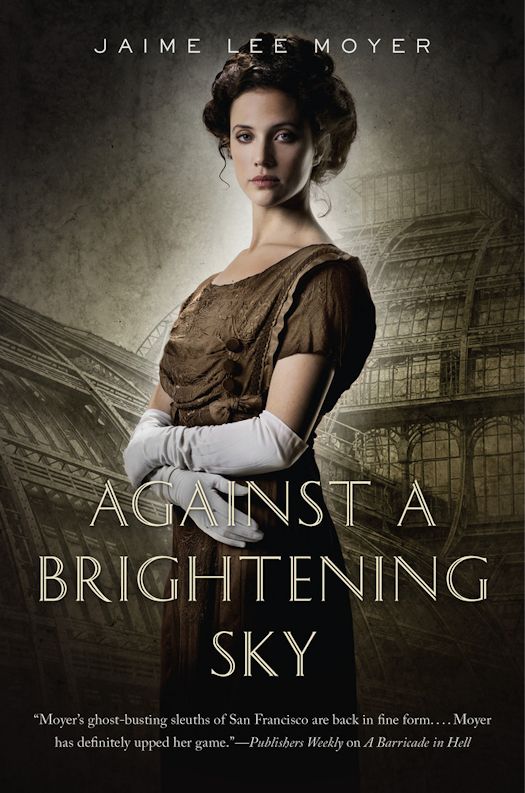 By 1919 the Great War has ended, peace talks are under way in Paris, and the world has been forever changed. Delia Martin, apprentice practitioner of magical arts, and her husband, Police Captain Gabriel Ryan, face the greatest challenge of their lives when fragments from the war descend on San Francisco.

As Delia prepares to meet friends at a St. Patrick's Day parade, the strange ghost of a European princess appears in her mirror. Her pleasant outing becomes a nightmare as the ghost reappears moments after a riot starts, warning her as a rooftop gunman begins shooting into the crowd. Delia rushes to get her friends to safety, and Gabe struggles to stop the killing-and to save himself.

Delia and Gabe realize all the chaos and bloodshed had one purpose-to flush Alina from hiding, a young woman with no memory of anything but her name.

As Delia works to discover how the princess ghost's secrets connect to this mysterious young woman, and Gabe tracks a ruthless killer around his city, they find all the answers hinge on two questions: Who is Alina...and why can't she remember?

Against a Brightening Sky is the thrilling conclusion to Jaime Lee Moyer's glittering historical fantasy series.

Report "What's Up for the Debut Author Challenge Authors? - Part 18"