Thank you so much to The Qwillery for inviting me here today. This is my first official guest blog as I near the publication date of my debut novel, The Snow Child. The novel has already been released in Italy, Spain, Norway and France, but I’m waiting with nervous excitement for its publication here in the United States on Feb. 1.

The Snow Child is a novel for adults based on the classic Russian fairy tale, Snegurochka. In the original tale, an old man and woman have one great sorrow – they’ve never had a child of their own. But one night they build a little girl out of snow, and she comes to life.

Like many people, I’ve always been fascinated by fairy tales. They seem to offer a glimpse into the subconscious, our fears and passions. They are simple and yet layered with a kind of poetic significance.

Another element that drew me to the Snegurochka storyline is my love of the fantastical. As a young reader, I devoured the books of David Eddings, Charles de Lint, Madeleine L'Engle, and Robert Asprin. But as much I loved the worlds they created, ultimately I didn’t want to escape to somewhere else – I wanted to imagine what it would be like if magic came to my own backyard.

I grew up in Alaska as an avid reader, but as much as I read, I rarely came across stories set in a landscape anything like my own. We live surrounded by wilderness and mountains, and for much of the year the land is frozen in snow and ice and darkness.

Several years ago, I discovered a children’s version of Snegurochka at the bookstore where I work, and I realized I had found it – a way to bring enchantment into the landscape I know and love. That was one of my greatest joys in writing The Snow Child. My novel follows Jack and Mabel as they come to Alaska to homestead in 1920. They are lonely and sad and struggling to survive. But one night they make a child out of snow; the next morning the figure is gone, but they catch sight of a little girl running through the spruce forest.

I have read nearly compulsively since I was a child, and now working at a bookstore here in Alaska, I spend my days with books, new and used, classic and modern. Contemplating them all, it would be easy to believe that every story has already been told, and in part I think that is true. But I believe we can bring our unique experiences to the page and tell these old stories in our own way. Perhaps that is where we find the magic.


About The Snow Child 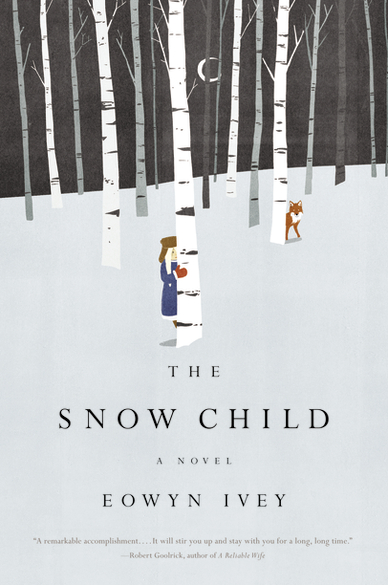 Alaska, 1920: a brutal place to homestead, and especially tough for recent arrivals Jack and Mabel. Childless, they are drifting apart--he breaking under the weight of the work of the farm; she crumbling from loneliness and despair. In a moment of levity during the season's first snowfall, they build a child out of snow. The next morning the snow child is gone--but they glimpse a young, blonde-haired girl running through the trees.

This little girl, who calls herself Faina, seems to be a child of the woods. She hunts with a red fox at her side, skims lightly across the snow, and somehow survives alone in the Alaskan wilderness. As Jack and Mabel struggle to understand this child who could have stepped from the pages of a fairy tale, they come to love her as their own daughter. But in this beautiful, violent place things are rarely as they appear, and what they eventually learn about Faina will transform all of them. 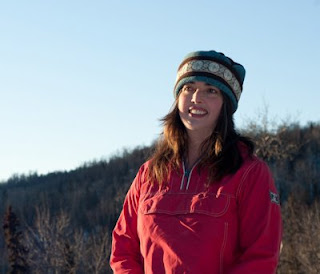 Eowyn LeMay Ivey grew up in Alaska and continues to live there with her husband and two daughters. Her debut novel, The Snow Child, will be published Feb. 1 by Reagan Arthur Books/Little, Brown & Co. It is a Barnes & Noble Discover Great New Writers selection for 2012, and The Christian Science Monitor named it one of six must-read books for 2012. The Snow Child will be released in more than a dozen countries. Eowyn works part-time as a bookseller at Fireside Books in Palmer, Alaska.