Published:
The Qwillery is delighted to welcome Erin Kellison.

Leave it at the door, or The Otherworld

A very strange thing happens when a dancer walks into a dance studio. I imagine it’s the same when a runner puts on his running shoes or any other athlete steps from reality into ‘the zone.’ Dance studios are like that, and when I was a serious student, I’d been counseled by teachers, choreographers, and other dancers to leave whatever was going on in my life at the door. Nothing but dance existed in the studio. The place was very literally a different world, breached by that step from the hallway to the wood or Marley floor. That sense of transport always interested me, and with my fledgling writer’s sensibility, made me wonder.

The studio is an Otherworld, and within its space stories are created and enacted. You might think that a ballet comes to life on the stage, but for me it was always most compelling in the studio, sans costumes and make-up, when I could be so close I felt like I was inside a story. In the dance studio feet blister in pointe shoes, clothes become plastered with musky sweat, the very air is humid with the heat of creation. It’s a different experience altogether. And when the finished product finally hits the stage, I see a completely new world. If the magic is right, the spell mixed with careful precision, the audience is transported too.

All this has been simmering in my head from my dancing days, so when it came time to write a story that included the transition between reality and the fae Otherworld, I knew ballet would be my vehicle of choice. My heroine, Annabella, had to be a dancer, the ballet, Giselle—a ghosty story about two worlds.

There had to be one more element to make this all work: Annabella had to have talent. And what is talent but a pure magic? I know I had next to none when I was dancing, but I saw it in others. I could tell when the discrete movements of the ballet turned into story. Annabella had to have wild talent, the kind that creates legends. The kind that can capture and transport the audience along with the dancer.

Here comes my writer’s What If?: What if there really was an Otherworld that could be breached by talent? What if the ‘the zone’ took you halfway, and talent the rest? What if that place was filled with inspiration, dreams (and nightmares)? Could you cross? Would you? And what could leap into this world?

Here is an excerpt: 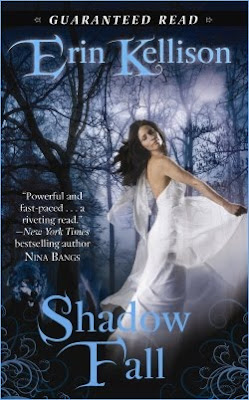 Giselle’s broken heart pulled her gaze to the dirt floor of the forest as she rose above from the freshly turned earth of her grave. She kept her hands folded on her breast, to hold the fragments of her love within her. Prince Albrecht would marry another, a royal lady, and not some peasant girl who knew nothing of the world. His betrayal killed her, yet she couldn’t help but love him still.

But she wasn’t a peasant girl any longer.

She was a wili, a ghost, and would dance forever.

Joining the host of other wilis caught in the midnight hush of the wood, Giselle tiptoed down the long diagonal sweep of dancers to bow to her wili queen, Myrtha.


Everything was as it should be, quiet and peaceful. Annabella’s body felt strong, ready for this moment, though a chill of anxiety had her nerves snapping. The sensation went beyond opening night jitters, beyond nerves, to fear.

On one side of her was the woodland backdrop; on the other, the black yawn of theater where the audience sat, voyeurs to Giselle’s tragic love story. Annabella looked up and strained her eyes beyond the side curtains of the stage: A bright angel stood beyond the false trees, his pale green gaze fixed on her. He was her hope, her protection. With him watching, her dance would be lighter, her heart would be lighter.

If Custo was near, she would be safe.

Giselle rose from her deep curtsy and began the series of arabesque turns that marked her advent into the Other. Heart hammering in her chest, she stirred the air, spun her magic, and reached for a world beyond her own. 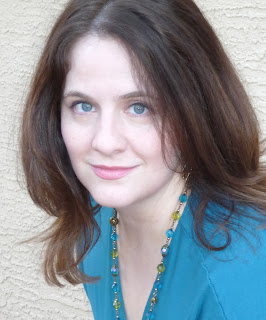 Erin Kellison is the author of the Shadow Series, which includes Shadow Bound and Shadow Fall. Stories have always been a central part of Erin Kellison's life. She attempted her first book in sixth grade, a dark fantasy adventure, and still has those early hand-written chapters. She graduated summa cum laude with a degree in English Language and Literature, and went on for a masters in Cultural Anthropology, focusing on oral storytelling. When she had children, nothing scared her anymore, so her focus shifted to writing fiction. She lives in Arizona with her two beautiful daughters and husband, and she will have a dog (breed undetermined) when her youngest turns five. 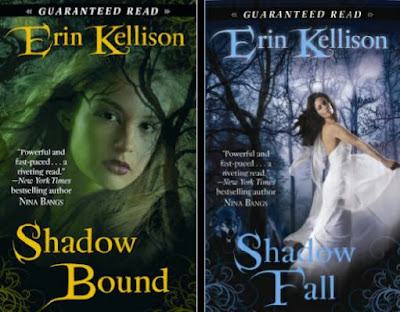 The contest is open to all humans on the planet earth with a mailing address. Contest ends at 11:59pm US Eastern Time on Monday, August 23, 2010.
Source: qwillery.blogspot.com
+ Sharelabels (4)Flag
AllErin KellisonShadow Seriesbooksgiveaway