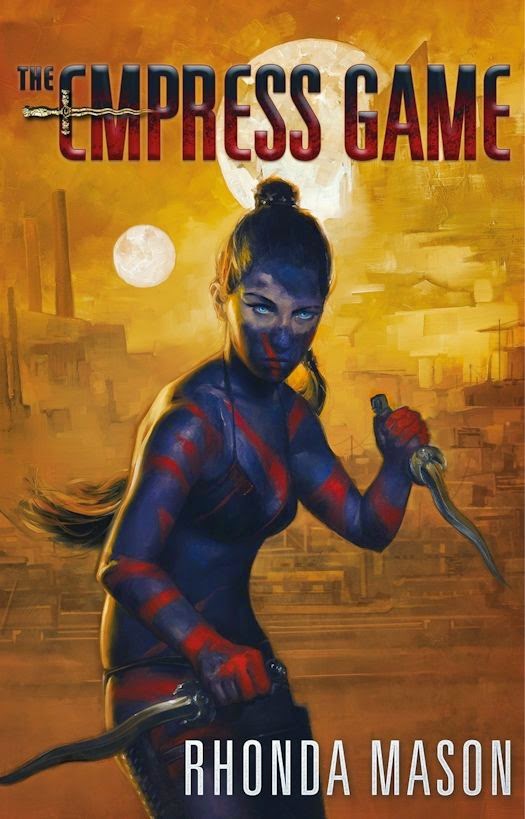 One seat on the intergalactic Sakien Empire’s supreme ruling body, the Council of Seven, remains unfilled, that of the Empress Apparent. The seat isn’t won by votes or marriage. It’s won in a tournament of ritualized combat in the ancient tradition. Now that tournament, the Empress Game, has been called and the women of the empire will stop at nothing to secure political domination for their homeworlds. Kayla Reunimon, a supreme fighter, is called to battle it out in the arena.

The battle for political power isn’t contained by the tournament’s ring, however. The empire’s elite gather to forge, strengthen or betray alliances in a dance that will determine the fate of the empire for a generation. With the empire wracked by a rising nanovirus plague and stretched thin by an ill-advised planet-wide occupation of Ordoch in enemy territory, everything rests on the woman who rises to the top.