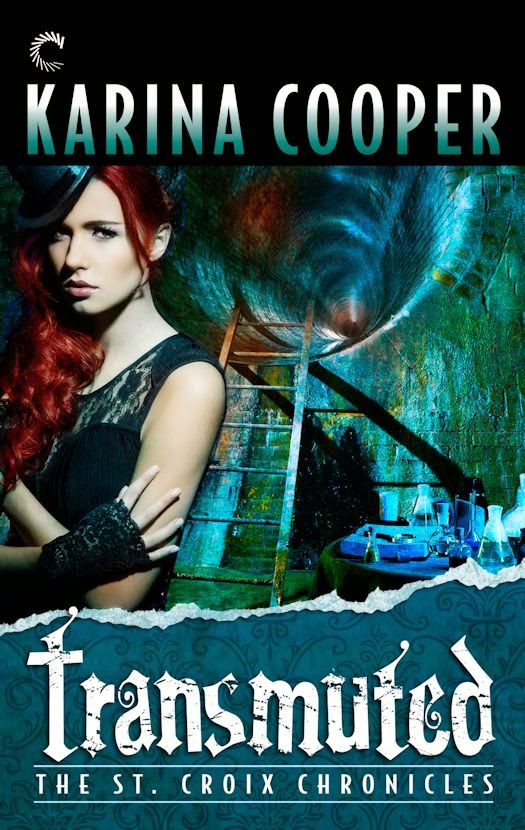 In this final installment of Cherry St. Croix's adventures, only one thing could compel the disgraced countess to return to Society--the threat of immortality.

All is not peaceful in the wake of the Midnight Menagerie's ruin. Although the Karakash Veil has been forced to flee its stronghold, the mysterious head of the criminal organization is not content to fade away.

Above the foggy drift, a priceless diamond vanishes. In the dangerous Underground, a murderous rampage demands retribution. The hunt for the mastermind behind these misdeeds sends me back to Society--and into the unforgiving embrace of the world I'd left behind.

Nothing is what it seems. Enemies, allies--and a man who struggles with a nature even devotion cannot tame. Torn between the scars of the past and fragile new beginnings, I must create balance in the world I have chosen--and with the people I have come to love. The game has changed; should the Veil achieve the immortality it craves, I will have nowhere left to run.

Transmuted is the sixth and final book in the St.Croix Chronicles. It starts a few weeks after the end of book 5 which found Cherry alive and well and living back with her loved ones. She also managed to save the enigmatic Hawke from the clutches of The Veil but she is determined to make him pay for what he did to her, to Hawke and her friends at the Menagerie. Of course, the path to revenge is never straightforward and takes Cherry from the smoggiest slums of London to the dizzy heights of high society.

I enjoyed Transmuted and thought that Cooper wrapped up the series well. She brings back almost all of the characters from previous books including those that died at either her hand or The Veil's. Cooper uses the sub-plot of trying to find a rare diamond stolen from the Queen's vault's as the means of bringing Cherry back into high society and as a result, back in the company of her brother and mother-in-law. Her introduction back into society came on the arm of her brother-in-law Piers. These scenes were dramatic, amusing and worked well to both develop the plot and tie up some loose ends.

As much as I enjoyed Transmuted I did think there were a number of flaws. Cherry seems to spend quite a bit of time lamenting the death of her husband Lord Compton and very little time mourning the death of his murderer and her best friend. I thought that it was odd that Teddy barely got a mention considering he died at her hand and was her closest, if only friend. I didn't enjoy the diamond sub-plot which was the focus for the first third of the book but then side-lined until the very end. In fact, I completely forgot about the stolen diamond until the very end of the book. I was also much less enamored with the former ring master Hawke in this final book. I thought he acted like a bit of a jerk to Cherry by pushing her away and being jealous of Ashmore. I know they had a fairly unromantic romance but Cage was almost mean to the fallen socialite.

Flaws or not Cooper has created a gritty and colourful steampunk London for her characters. This series has been a bit of a roller coaster for me with it's ups and downs but if I look at this series as a whole I think there is something for everyone with a strong heroine at its centre. I'm looking forward to reading more from this author.
Source: qwillery.blogspot.com
+ Sharelabels (7)Flag
AllBook ReviewsCarina PressKarina CooperMelanieThe St. Croix ChroniclesTransmutedreview