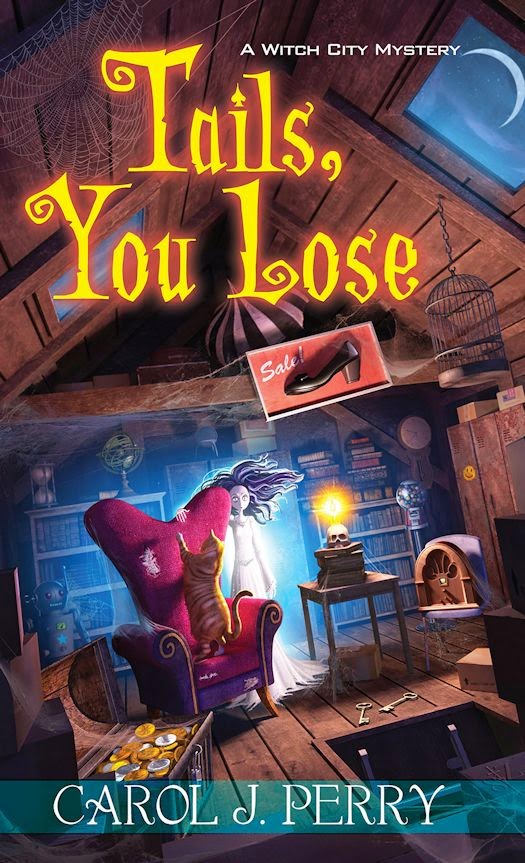 Her instincts may be killer--but can she catch one this wicked?

After losing her job as a TV psychic, Lee Barrett has decided to volunteer her talents as an instructor at the Tabitha Trumbull Academy of the Arts--known as "The Tabby"--in her hometown of Salem, Massachusetts. But when the school's handyman turns up dead under seemingly inexplicable circumstances on Christmas night, Lee's clairvoyant capabilities begin bubbling to the surface once again.

The Tabby is housed in the long-vacant Trumbull's Department Store. As Lee and her intrepid students begin work on a documentary charting the store's history, they unravel a century of family secrets, deathbed whispers--and a mysterious labyrinth of tunnels hidden right below the streets of Salem. Even the witches in town are spooked, and when Lee begins seeing visions in the large black patent leather pump in her classroom, she's certain something evil is afoot. But ghosts in the store's attic are the least of her worries with a killer on the loose. . . 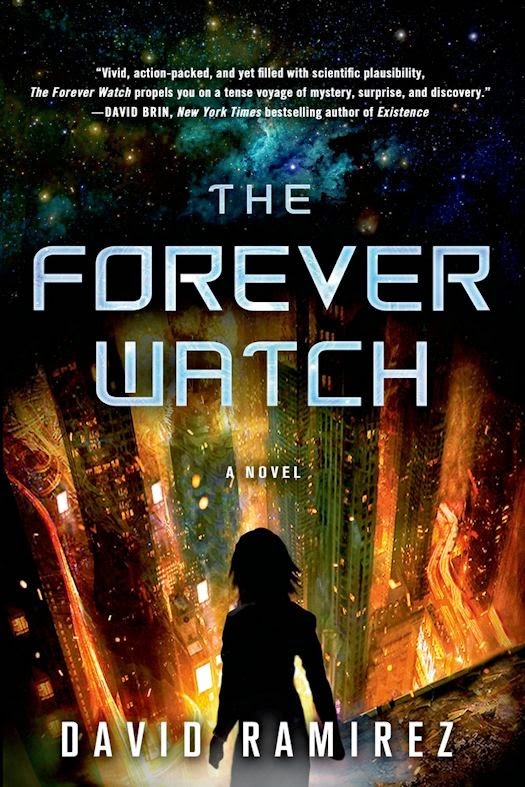 An exciting new novel from a bold up-and-coming sci fi talent, The Forever Watch is so full of twists and surprises it's impossible to put down.

All that is left of humanity is on a thousand-year journey to a new planet aboard one ship, The Noah, which is also carrying a dangerous serial killer...

As a City Planner on the Noah, Hana Dempsey is a gifted psychic, economist, hacker and bureaucrat and is considered "mission critical." She is non-replaceable, important, essential, but after serving her mandatory Breeding Duty, the impregnation and birthing that all women are obligated to undergo, her life loses purpose as she privately mourns the child she will never be permitted to know.

When Policeman Leonard Barrens enlists her and her hacking skills in the unofficial investigation of his mentor's violent death, Dempsey finds herself increasingly captivated by both the case and Barrens himself. According to Information Security, the missing man has simply "Retired," nothing unusual. Together they follow the trail left by the mutilated remains. Their investigation takes them through lost dataspaces and deep into the uninhabited regions of the ship, where they discover that the answer may not be as simple as a serial killer after all.

What they do with that answer will determine the fate of all humanity in David Ramirez's thrilling page turner. 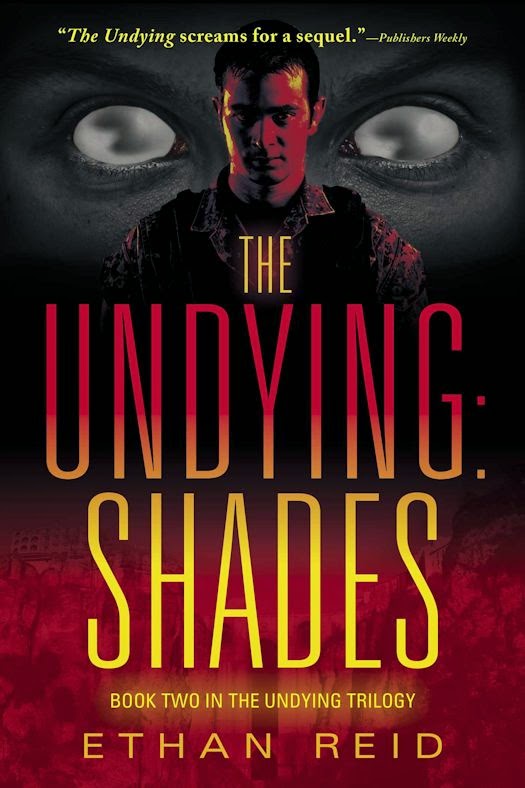 The Undying “screams for a sequel” (Publishers Weekly)—and Ethan Reid delivers, in this riveting follow-up to “a thriller that brings a genuinely fresh take to a monstrous mythology” (Andrew Pyper, #1 bestselling author of The Demonologist).

THE FATE OF THE WORLD IS IN HIS HANDS.

The Undying: SHADES finds American student Jeanie and her young charge, Ren, fifteen years after the EMP that wiped out Paris and sent them on the run from the undying. Walking the highways and hiding out in abandoned buildings across France, they eventually find their way to Spain and the walled city of Ronda where a few dozen survivors have gathered—safe enough from the hunting undying, but facing a new threat on the scorched planet: starvation.

With their main resource—humans—bordering on extinction, the undying have weakened, retreating to their hives and slowly withering away. But not for long. A dark presence arrives, casting its shadow across Spain, reawakening the hives and creating a new breed of monster. Driven by some alien intelligence, these Shades not only reanimate the undying, but can possess the living, turning survivors against one another.

When Ronda comes under attack, Ren saves the day. As the youngest human left on earth, he has been blessed with a special gift that makes him a perfect killing machine—and the last hope of humanity. Forced to leave the safety of the barricades, he takes to the highways with a company of Spaniards who intend to eradicate the undying from Europe, hive by hive, using Ren as their secret weapon. But as they approach Sevilla to face the most powerful Shade yet, Ren learns some in his company aren’t all they appear to be… 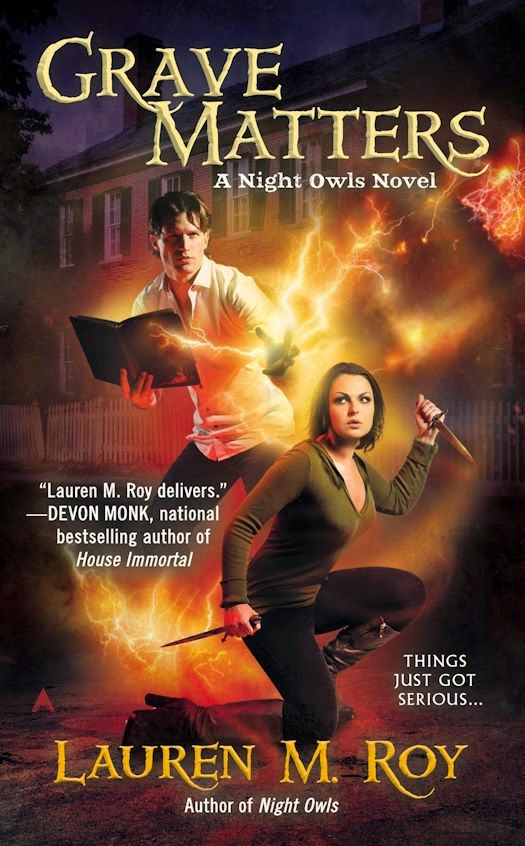 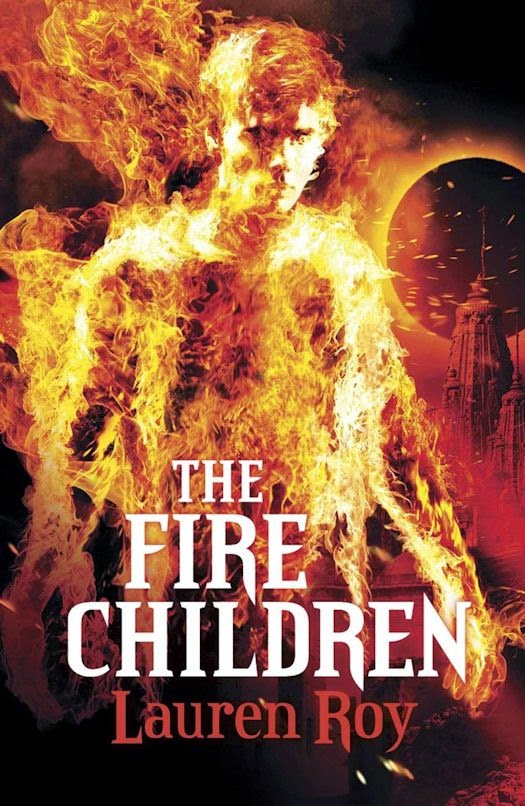 Two children escape the darkness of their underground dwellings, to find adventure, magic and terrible danger await anyone who ventures above ground.

Fifteen years have passed since Mother Sun last sent her children to walk the world. When the eclipse comes, the people retreat to the caverns beneath the Kaladim, passing the days in total darkness while the Fire Children explore their world. It's death to even look upon them, the stories say.

Despite the warnings, Yulla gives in to her curiosity and ventures to the surface. There she witnesses the Witch Women -- who rumors say worship dead Father Sea, rather than Mother Sun -- capturing one of the Children and hauling her away. Yulla isn't the only one who saw the kidnapping; Ember, the last of the Fire Children, reveals himself to Yulla and implores her to help.

Trapped up above and hunted by the witches and the desert wind, Yulla and Ember must find a way free his siblings and put a stop to the Witch Womens' plans, before they can use the Fire Children to bind Mother Sun herself. 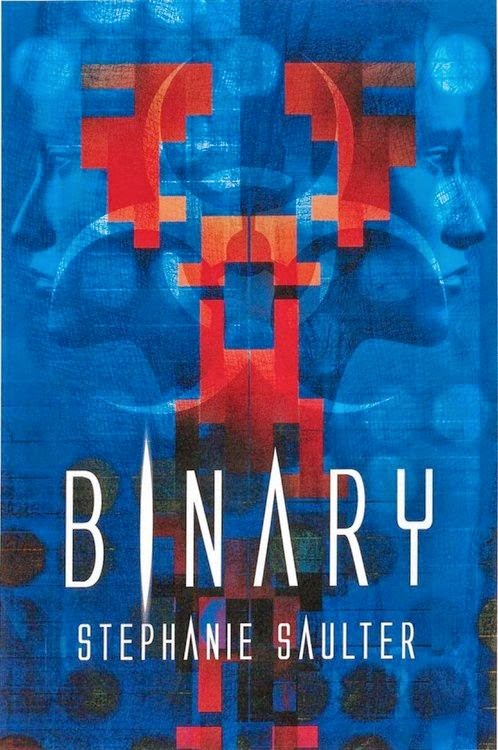 Zavcka Klist has reinvented herself: no longer the ruthless gemtech enforcer determined to keep the gems they created enslaved, she's now all about transparency and sharing the fruits of Bel'Natur's research to help gems and norms alike.

Neither Aryel Morningstar nor Dr. Eli Walker are convinced that Klist or Bel'Natur can have changed so dramatically, but the gems have problems that only a gemtech can solve. In exchange for their help, digital savant Herran agrees to work on Klist's latest project: reviving the science that drove mankind to the brink of extinction.

Then confiscated genestock disappears from a secure government facility, and the more DI Varsi investigates, the closer she comes to the dark heart of Bel'Natur and what Zavcka Klist is really after-not to mention the secrets of Aryel Morningstar's own past...