Published:
Please welcome Bishop O'Connell to The Qwillery as part of the 2014 Debut Author Challenge Interviews. The Stolen is published today digitally by Harper Voyager Impulse and will be out in Mass Market Paperback on August 5th. Please join The Qwillery in wishing Bishop a Happy Publication Day! 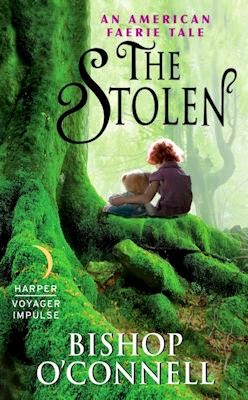 Bishop:  Thanks for inviting me. The first story I wrote that got a positive reaction was penned in Mrs. Bugg’s (yes, her real name) first grade class. It was three pages long, and I was very proud of it. I can’t remember what it was about, but she read it to the class at story time. It was well received and for a short time, I was a minor celebrity. I’ve always been a storyteller. Even as I pursued other career paths, I still wrote short stories, and even poetry. I also took to the stage for a while, with aspirations of becoming a professional actor. I eventually gave that up, but I did learn how to verbally tell a story as well as write one. I love the connection, the escape, and being able to bring others into a new world. Or show them a new aspect of this world. To me, that’s a special kind of magic, a real kind of magic.

Bishop:  I really try to be a plotter, but I’m a panster to the core. In both The Stolen and its sequel, I tried outlining but in no time at all, the story went down a different road. I’ve even tried just outlining what key things I want to have happen in specific chapters, but that doesn’t work out either. My characters are very real to me, and I’m often surprised by them and how they shape the story. I’d liken it to planning a road trip. I have a destination in mind, but if I see an interesting side road, I take it. Sure, sometimes I hit a dead end, but other times I find some truly spectacular hidden places.

Bishop:  Honestly, it’s finding the time. Unfortunately I don’t have as much free time to write as I’d like. I travel a lot for my job and work long hours on top of that. I’ve never been someone who could sit and write for just half an hour. When I write, I become lost in the story. It takes me a good twenty minutes, though often times more, to get into the groove, but when I do, I don’t want to stop. Hours go by without my realizing it. It takes times to cast a proper spell. I try to give myself one day a week to write, and it’s normal for me to spend the entire day doing so. I can’t tell you how many times I’ve been hard at work and, at seeing the time, realize the reason I’m so hungry is I haven’t eaten in twelve hours.

Bishop:  I have the usual suspects on my list of favorites: J.R.R. Tolkien, Terry Brooks, Piers Anthony, Tracy Hickman and Margaret Weis, R.A. Salvatore, and such. But, I really enjoy The Dresden Files series by Jim Butcher. I love his humor and how his characters are flawed, but those flaws just add to the depth of those characters.

TQ:  Describe The Stolen in 140 characters or less.

Bishop:  What happens when a normal person learns faerie tales and magic are real and then gets thrown feet first into a world they thought existed only in children’s stories.

TQ:  Tell us something about The Stolen that is not in the book description.

Bishop:  It’s based on a true story. Just kidding.

TQ:  What inspired you to write The Stolen? Why write about the Fae?

Bishop:  I’m a big fan of W.B. Yeats, and “The Stolen Child” is one of my favorite poems. It’s also been nicely done by a few artists into song—The Waterboys and Loreena McKennitt specifically. Those songs and the poem make the idea of being taken away by faeries sound so beautiful and magical. Then I began to wonder about the other side of that story. What about the parents? What happens after the child is stolen? Why would faeries take a child? How would the average person react to having her child stolen?

As for writing about the fae, I’ve always loved faerie stories. As a kid playing D&D, I invariably wanted to play the elf. However, I found it incredibly unfair that elves couldn’t be bards. I started reading about various mythologies in the fifth grade. My grade school offered elective courses during the year, and for two hours, two days a week, you studied some subject outside the normal curriculum. Most kids picked music, or dance, or sports, the usual things. I took a mythology class and was hooked! It started with Greek mythology, but quickly grew. I’m also very proud of my Irish heritage, and I have a special place in my heart for Irish faerie stories.

TQ:  What sort of research did you do for The Stolen?

Bishop:  The Stolen has a lot of Irish myth and legend in it, so I read the old stories again to familiarize myself with them: Fionn McCool and the Fianna, Tír na nÓg, Diarmuid and Grainne, the story of Oishin, the Wild Hunt in its various incarnations, and the like. Ultimately though, the mythology in the An American Faerie Tale universe is my own, if heavily influenced by traditional faerie tales. I wanted it to be familiar to those who know and love the old stories, but different enough to make it interesting and a bit intriguing. Not unlike visiting a country that speaks the same language, but a different dialect.

Bishop:  The easiest was probably a tie between Edward and Brendan. From the start they felt the most real and complete to me, the most relatable. Edward, for me, is an homage to geeks everywhere who’ve always wanted to be a wizard (myself included). He’s what I think would happen if any of us ever got our wish.

The hardest, without a doubt, was Caitlin. I struggled with her from the start. Not because she’s a woman, but because she’s a mother. I don’t have children and I think it’s hard for someone without children to understand the pain and fear of losing a child. I talked with my friends who are parents, but it’s not the same. It took a lot of hard work, but in the end, I think I’m happiest with how she turned out.

TQ:  Give us one or two of your favorite non-spoilery lines from The Stolen.

Bishop:  There are two examples, though more than a couple lines each, that I think really show everything you need to know about the characters.

The first is when Edward is alone and doesn’t hear Dante come up behind him. Edward speaks first:

“No, that’s not creepy at all.”
“What isn’t?” Dante asked.
“Jesus!”
“No, but people confuse us all the time,” Dante said through a smile. “Sorry, didn’t mean to scare you.”
“I know cats that make more noise than you.”

The second is when Brendan, who wears a kilt, encounters a security guard in a dance club who won’t let him into the VIP section:

“Not going to happen,” the man said. “Now, why don’t you go back to your renaissance faire before something bad happens to you?”
“Sorry?” Brendan leaned in close. “I don’t think I heard you right. Did you just ask how far I could put me boot up your arse?”

Bishop:  I’m currently working on the sequel to The Stolen, it’s titled The Forgotten. In it I take the idea of merging science and magic, specifically some of the interesting and seemingly counter intuitive parts of quantum mechanics. I combine that with the idea of how our perception of reality can shape reality. I’m really stretching myself on this one, but I like how it’s coming. Perhaps because I felt like a needed more of a challenge, I’m also trying the concept of an unreliable narrator. I’m sure I’ll need to go back and do a lot of editing to get right, and to keep the reader from being completely lost, but I think it’s also something that people will enjoy, and make them think. I like to say that I don’t espouse the belief in magic, merely in the possibility of magic.

Bishop:  Thank you for this opportunity! I hope your readers really enjoy the book. 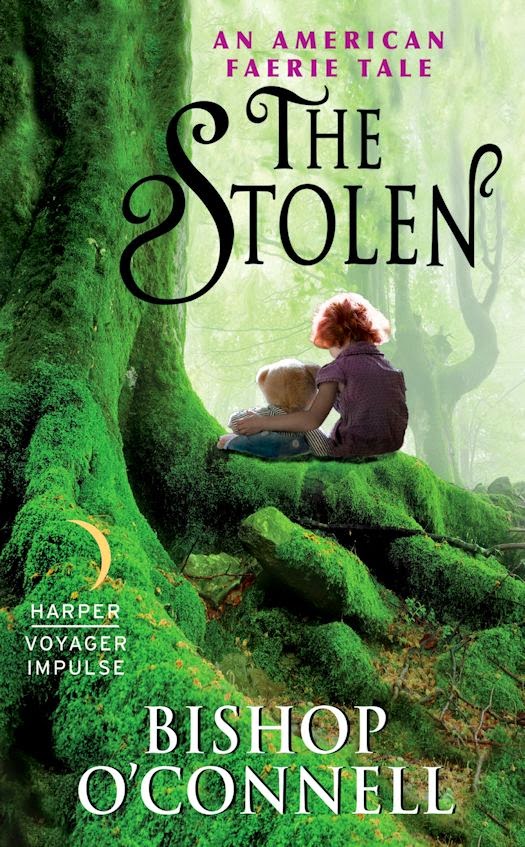 You may read an 8 chapter excerpt of The Stolen at Harper Voyager! 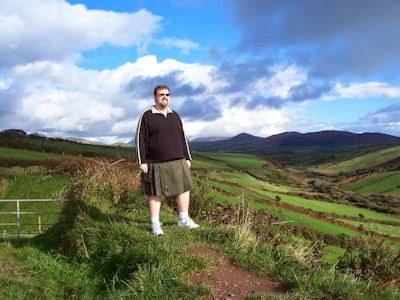 Bishop O’Connell is a consultant, writer, poet, blogger, and member of the New Hampshire Writer’s Project. Born in Naples, Italy while his father was stationed in Sardinia, Bishop grew up in San Diego, CA where he fell in love with the ocean and fish tacos. While wandering the country for work and school, he experienced autumn in New England. Soon after, he settled in Manchester, NH, where he collects swords and kilts. But he only dons one of those two in public. He can be found online at A Quiet Pint (http://aquietpint.com/), where he muses philosophical on the various aspects of writing and the road to getting published.

3 Comments on The Qwillery: Interview with Bishop O'Connell, author of The Stolen - July 22, 2014