Published:
Please welcome Jaime Lee Moyer to The Qwillery as part of the 2013 Debut Author Challenge Guest Blogs. Delia's Shadow will be published on September 17th. 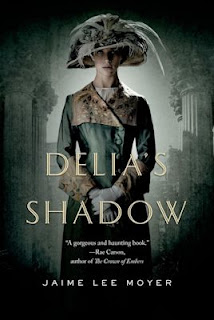 The Importance of Heroic Heroines
Once upon a time, women and girls didn't do much of anything in most science fiction and fantasy novels. That probably seems weird to many of today's readers, but it's true. Female characters were shuffled off into the roles of damsel in distress, the tomboy girl sidekick, or the girlfriend/wife/sister/daughter who always needed rescue. Women were left behind when the action started.

Almost any part a woman played in the story was passive. The lone woman on the spaceship crew was never the captain, the head of the science department, or the leader of the away team. And if she did actually attempt to take independent action or be heroic, it ended badly. The role of hero or leader was reserved for the men in the story.

Women might as well have been potted plants for all the importance they held in the story. That always seemed odd and strange, and really, really wrong.

One of the easy decisions I made when I started Delia's Shadow was to have the women in this book be the center and the heart of the story. Gabe and Jack do important things, don't get me wrong, but in my eyes this really is Delia, Sadie and Dora's story.

And all the women in this book are heroes, in the way that real women of all ages have always been brave and heroic. They solve the puzzles, think things through, and save the day. This was important to me. Women don't have to do physical battle with villains or monsters to be heroes.

They can, but they don't have to.

My favorite definition of a hero is an ordinary person who finds herself in extraordinary circumstances and faces them head on. A hero not only survives, but does so with as much grace as she can muster. A hero might be tired, scared, and unsure, but she doesn't quit. A hero does what needs to be done.

The women in Delia's Shadow don't quit. They make the smartest choices they can and do what they have to do.

Delia, the title character, finds herself haunted by the ghost of a woman murdered thirty years before. She's seen ghosts since she was a child, but this ghost is different. Shadow, as she comes to call this spirit, demands things of her, shows her horrific things, and opens the gates for more and more ghosts to enter her life. Instead of running from Shadow, or finding a way to send the ghost away forever, Delia learns to cope and solve the mystery of how Shadow died. In the process she discovers how strong she is.

Sadie Larkin, Delia's best friend since childhood, is forced to watch her strong, vibrant mother, Esther, become increasingly childlike as death approaches. As Delia gets drawn deeper and deeper into the mystery of Shadow, so does Sadie. In many ways, Sadie might be the bravest of all.

Dealing with the aftermath of death and spirits causes Isadora Bobet, society medium and closet witch, real physical agony. Dora doesn't have a real stake in Delia's plight and could walk away from the whole mess unscathed. She doesn't. She stays.

Esther's memory fades a bit more each day, her body grows weaker, but her need to protect "her girls" never wavers. Annie is the glue that holds them all together.

Writers make a thousand different decisions on plot and character, on tone and style, and a myriad of things that go into making a book come "alive". All of them are important.

Focusing on women characters, and making them loving, supportive friends, was important to me. 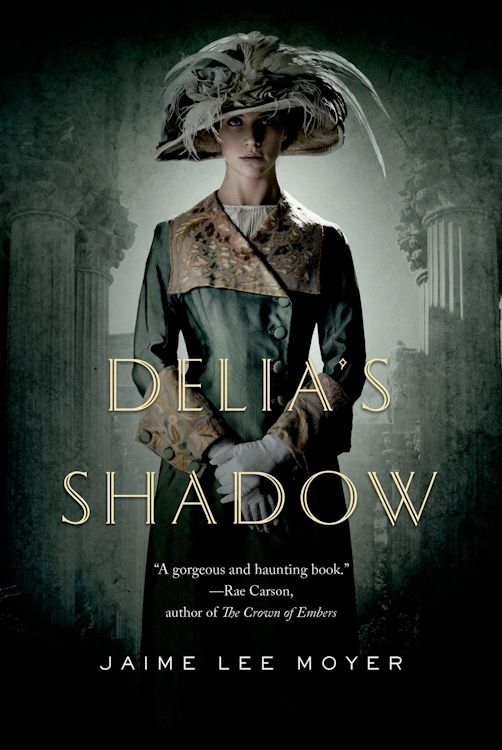 It is the dawn of a new century in San Francisco and Delia Martin is a wealthy young woman whose life appears ideal. But a dark secret colors her life, for Delia’s most loyal companions are ghosts, as she has been gifted (or some would say cursed) with an ability to peer across to the other side.

Since the great quake rocked her city in 1906, Delia has been haunted by an avalanche of the dead clamoring for her help. Delia flees to the other side of the continent, hoping to gain some peace. After several years in New York, Delia believes she is free…until one determined specter appears and she realizes that she must return to the City by the Bay in order to put this tortured soul to rest.

It will not be easy, as the ghost is only one of the many victims of a serial killer who was never caught. A killer who after thirty years is killing again.

And who is now aware of Delia’s existence.

Jaime Lee Moyer lives in San Antonio with writer Marshall Payne, two cats, three guitars and a growing collection of books and music. Her first novel, DELIA’S SHADOW, will be published by TOR Books in September 2013. Her novels are represented by Tamar Rydzinski of the Laura Dail Literary Agency.

Jaime has sold short fiction to Lone Star Stories, Daily Science Fiction, and to the Triangulations: End of the Rainbow, and Triangulations: Last Contact anthologies. She was poetry editor for Ideomancer Speculative Fiction for five years and edited the 2010 Rhysling Award Anthology for the Science Fiction Poetry Association. A poet in her own right, she’s sold more than her share of poetry.

She writes a lot. She reads as much as she can.

4 Comments on The Qwillery: Guest Blog by Jaime Lee Moyer, author of Delia's Shadow - The Importance of Heroic Heroines - August 14, 2013