Nicole:  I've always loved writing, but for academic stuff. Then I read Charlaine Harris's fifth book on a flight back to the UK, and I was like, "I want to write something like this." So I went home and started writing! I think all my years of reading and writing came together for me, then. It was a very weird experience!

Nicole:  Just finding the time with a busy life. But I can't complain, I love it!

Nicole:  Just doing it, to be honest. I never thought I'd publish a book so the whole thing feels pretty magical.

Nicole:  That it's pretty off the wall. Jane swears and she likes sex and she's got a goofball take on things. She is half selkie, after all. ;-)

TQ: Please tell us about your latest and upcoming works.

Nicole:  My latest releases are a short story called "Something Wikkid This Way Comes," which is about the ladies of Triptych who you meet in book three. And Tempest's Fury, book five, comes out in July. Right now I'm writing book six, Jane's final book. It's been a great run and I can't wait to see her all grown up. :-)

Nicole:  Thank you, it's my pleasure! 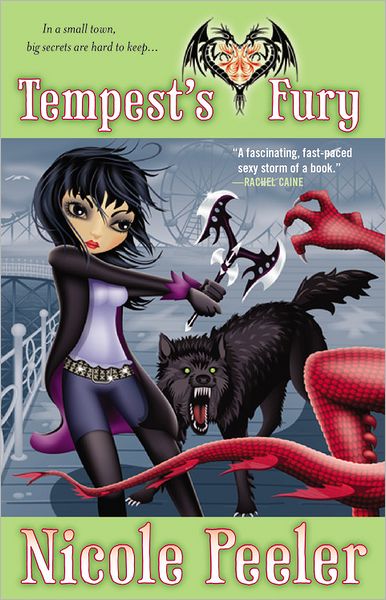 Jane's not happy. She's been packed off to England to fight in a war when she'd much rather be snogging Anyan. Unfortunately, Jane's enemies have been busy stirring up some major trouble -- the kind that attracts a lot of attention. In other words, they're not making it easy for Jane to get any alone time with the barghest, or to indulge in her penchant for stinky cheese.

Praying she can pull of a Joan of Arc without the whole martyrdom thing, Jane must lead Alfar and halflings alike in a desperate battle to combat an ancient evil. Catapulted into the role of Most Unlikely Hero Ever, Jane also has to fight her own insecurities as well as the doubts of those who don't think she can live up to her new role as Champion.

Along the way, Jane learns that some heroes are born. Some are made. And some are bribed with promises of food and sex.

Something Wikkid This Way Comes
A Trueverse eNovella
Orbit, January 17, 2011 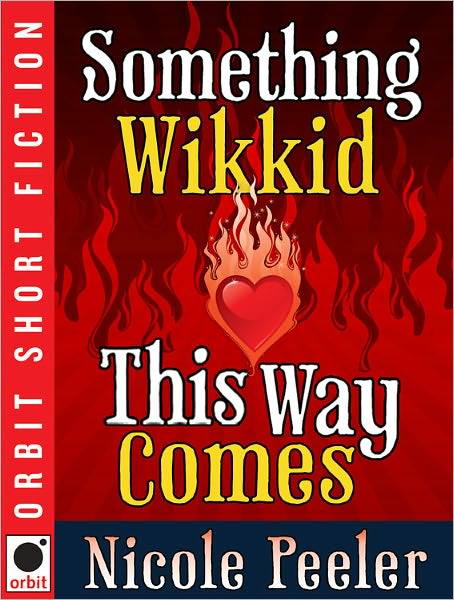 Capitola, Moo, and Shar are the halfling ladies of Triptych: supernatural private investigators who get paid to clean up paranormal messes.

Normally Cappie doesn't take human cases, but who can resist a priest, missing Catholic school girls, and a creature that may or may not be the Prince of Darkness?

A story set in the world of Nicole Peeler's Jane True series. 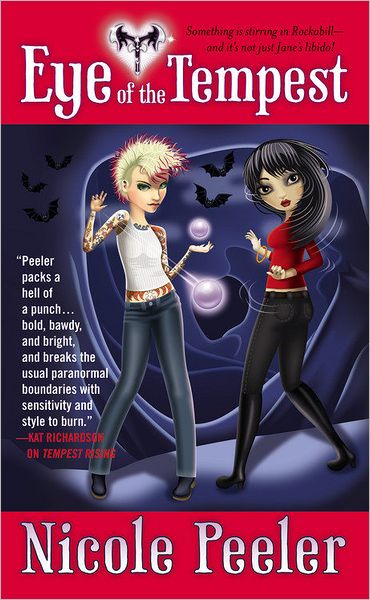 Nothing says "home" like being attacked by humans with very large guns, as Jane and Anyan discover when they arrive in Rockabill. These are professionals, brought into kill, and they bring Anyan down before either Jane or the barghest can react. Seeing Anyan fall awakens a terrible power within Jane, and she nearly destroys herself taking out their attackers.

Jane wakes, weeks later, to discover that she's not the only thing that's been stirring. Something underneath Rockabill is coming to life: something ancient, something powerful, and something that just might destroy the world.

Jane and her friends must act, striking out on a quest that only Jane can finish. For whatever lurks beneath the Old Sow must be stopped...and Jane's just the halfling for the job.

After a peaceful hiatus at home in Rockabill, Jane True thinks that her worst problem is that she still throws like a girl - at least while throwing fireballs. Her peace of mind ends, however, when Anyan arrives one night with terrible news . . . news that will rock Jane's world to its very core.

After demanding to help investigate a series of gruesome attacks on females -- supernatural, halfling, and human -- Jane quickly finds herself forced to confront her darkest nightmares as well as her deepest desires.

And she's not sure which she finds more frightening.

Valentine's Day is fast approaching, and Ryu - Jane's bloodsucking boyfriend - can't let a major holiday go by without getting all gratuitous. An overwhelming dose of boyfriend interference and a last-minute ticket to Boston later, and Jane's life is thrown off course.

Ryu's well-intentioned plans create mayhem, and Jane winds up embroiled in an investigation involving a spree of gruesome killings. All the evidence points towards another Halfling, much to Jane's surprise...

Living in small town Rockabill, Maine, Jane True always knew she didn't quite fit in with so-called normal society. During her nightly, clandestine swim in the freezing winter ocean, a grisly find leads Jane to startling revelations about her heritage: she is only half-human.

Now, Jane must enter a world filled with supernatural creatures alternatively terrifying, beautiful, and deadly- all of which perfectly describe her new "friend," Ryu, a gorgeous and powerful vampire.

It is a world where nothing can be taken for granted: a dog can heal with a lick; spirits bag your groceries; and whatever you do, never-ever-rub the genie's lamp.

If you love Sookie Stackhouse, then you'll want to dive into Nicole Peeler's enchanting debut novel. 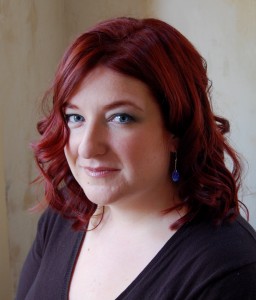 Nicole D. Peeler received an undergraduate degree in English Literature from Boston University, and a PhD in English Literature from the University of Edinburgh, in Scotland. She’s lived abroad in both Spain and the UK, and lived all over the USA. Currently, she resides outside Pittsburgh, to teach in Seton Hill’s MFA in Popular Fiction. When she’s not in the classroom infecting young minds with her madness, she’s writing Urban Fantasy for Orbit Books and taking pleasure in what means most to her: family, friends, food, and travel. You can find her blogging here, as well as at the League of Reluctant Adults and Pens Fatales. She’d love for you to add her on Facebook (Nicole Peeler), and on Twitter (NicolePeeler).

What:  One commenter will his or her choice of a Mass Market Paperback of one of the first 4 Jane True novels: Tempest Rising, Tracking the Tempest, Tempest's Legacy, OR Eye of the Tempest  from The Qwillery.

Which book series would you like to go on forever?
OR
Which book series do you think should end/should have ended already?
Please remember - if you don't answer the question your entry will not be counted.

Who and When:  The contest is open to all humans on the planet earth with a mailing address. Contest ends at 11:59pm US Eastern Time on Friday, April 6, 2012. Void where prohibited by law. No purchase necessary. You must be 18 years old or older to enter.