Published:
Please welcome Peter Rawlik to The Qwillery as part of the 2013 Debut Author Challenge Guest Blogs. Reanimators was published on September 3, 2013. The eBook was published on June 4, 2013. You may read Peter's 2013 DAC Interview here. 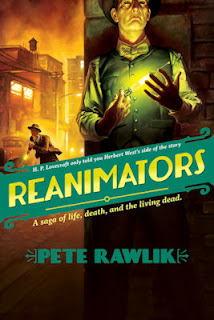 It’s funny how things turn out.

Looking back it seems inevitable that I would eventually write Lovecraftian fiction, the clues are all there, I just tried to ignore them for the longest time.

I’ve been writing a long time, since my pre-teens. I can remember a story about Hell being run as a business with corporate board meetings and annual reports. In my trunk there’s a handwritten sequel to Robert E. Howard’s Skull-Face that I did when I was thirteen or so. I have a few chapters of a King pastiche that I did when I was seventeen. In high school I published some poetry. In college I filled a box with notes on world-building: aliens and empires and the things that men could become. It’s a very Herbert and Niven kind of thing. I recall a story I wrote “Hot Peace”, please don’t let anybody find that. After college I started writing what we would now call flash fiction and book reviews for the local SF club. One piece I wrote got picked up by the Infamous IBID. I wrote a post-apocalyptic travelogue “On the Far Side of the Apocalypse” and sold that in 1997 to the esteemed Talebones, my first pro-sale.

Then I went silent.

I was still writing, but nothing was selling. Sophomore slump.

I retreated and locked myself away with my collection of weird fiction. I have always been an avid collector of Lovecraftian books, and this may stem from my father using The Dunwich Horror and The Rats in the Wall as bed time stories. Regardless, I have an immense collection, which includes a thin chapbook published by Necronomicon press. Published in 1995 Joan C. Stanley’s Ex Libris Miskatonici is an absolute gem of pseudo-scholarship documenting the contents of fictional Miskatonic University’s library, and it inspired me to do something similar. It took years of careful reading and note-taking and correlation, but I set myself the task of writing a history of Miskatonic Valley.

Part one of this work was completed and published in issue 104 of Crypt of Cthulhu, but further work on the project came to a screeching halt. I still have the notes, heaping stacks of 3x5 cards in cigar boxes, but the research showed me some things, wonderful things. Lovecraft’s stories did more than just share a setting; they overlapped in time as well. Characters in different stories were within miles of each other. It was too much fun not to take advantage of. So I set out to write a novel about Lovecraft’s characters meeting each other. I wrote some chapters, they are fun, but there was one character I really wanted to use, but I couldn’t, the timelines didn’t work. So I rummaged through Lovecraft found Dr. Hartwell hiding in The Dunwich Horror and plugged him into my crossover novel. He fizzled. He was such a minor character that he had no motivations, no background, and no life.

Easily rectified, write a story about him, fill in his gaps, and create his history. One story turned to another, and another and another, until finally I knew who Hartwell was. When people ask me how long it took to write Reanimators I tell them two years and two weeks. Half the book, about 50,000 words was written over the course of two years, the other 50,000 words were written in about two weeks in marathon sessions at a small café not far from my home that was willing to let me sit there for ten hours a day. Reanimators is an accidental novel. It’s not the novel I wanted, it’s the novel I needed to write, to educate myself for the next one, the one I want to write.

(Which I have by the way, don’t tell anybody. Oh and the third one is about 25% done as well. Did I mention I don’t sleep?)

It’s funny how things turn out.

When I was younger I devoured stories by Ramsey Campbell, Joseph Pulver, Thomas Ligotti, Joe Lansdale, and Wilum Pugmire. Today I find myself fortunate enough to share pages in anthologies and magazines with these literary icons. It’s not luck, its hard work, and I have a lot to learn, and a lot of ideas I want to try. I still go back to the trunk, look at the stuff I wrote before, the pages of alien biology, ecology, religion, technology, and I think maybe someday. And to be honest that’s a cool world in side those boxes, and I could probably have some fun with it. But they say that you should write what you know. Right now I really know Lovecraftian fiction, and I’m having fun writing it, filling in the gaps, building the connections, writing the stuff that I want to read. Joe Pulver likes to talk about the writer’s toolbox, and he’s right, there are lots of tricks. I’ve learned some of these, but I have a long way to go. I’m going to have fun doing it. Reanimators is just the beginning of a very wild ride. It may not be the ride either of us expected or wanted, but I promise you there are enough spills and chills and thrills for everyone (yes even you Dad).

Hang on to your hats, I’m going to try and change everything you ever thought about Lovecraftian fiction (or die trying). 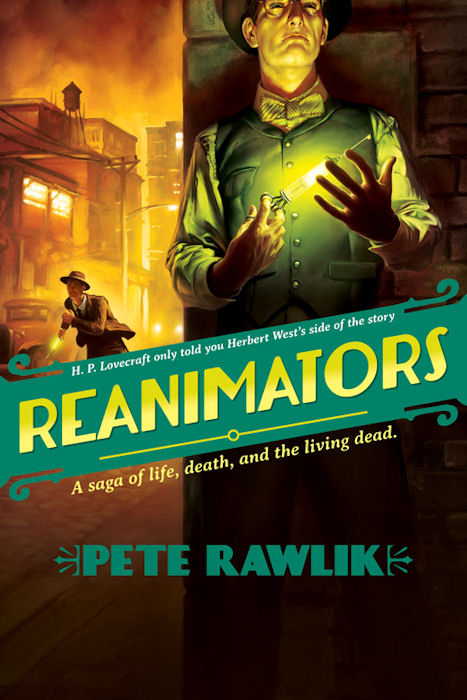 Herbert West’s crimes against nature are well-known to those familiar with the darkest secrets of science and resurrection. Obsessed with finding a cure for mankind’s oldest malady, death itself, he has experimented upon the living and dead, leaving behind a trail of monsters, mayhem, and madness. But the story of his greatest rival has never been told — until now.

Dr. Stuart Hartwell, a colleague and contemporary of West, sets out to destroy him by uncovering the secrets of his terrible experiments, only to become what he initially despised: a reanimator of the dead.

For more than twenty years, the two scientists race each other to master the mysteries of life . . . and unlife. From the grisly battlefields of the Great War to the haunted coasts of Dunwich and Innsmouth, from the halls of fabled Miskatonic University to the sinking of the Titanic, their unholy quests leave their mark upon the world — and create monsters of them both. 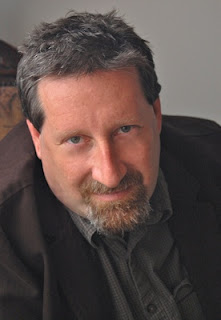 Pete Rawlik began collecting Lovecraftian fiction when he was still in elementary school. He has a B.S. in Biology from Florida Tech, and has extensively studied the ecology and issues impacting Florida’s Everglades. For twenty years he ran Dead Ink, specializing in rare and unusual books, but gave up the money and fame to pursue a career in writing. He lives in Royal Palm Beach, Florida, with his wife and three children. Reanimators is his first novel.