Interview with Matthew Franks, author of The Monster Underneath

Interview with Matthew Franks, author of The Monster Underneath 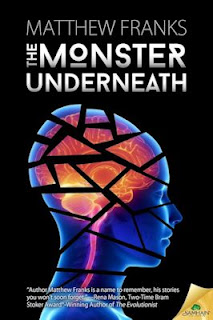 Matthew:  I started writing short stories in the third grade. Initially, I wrote to pass the time between lessons, but inevitably it became my passion. In those days, I wrote in three genres - action adventure, horror, and absurd. In the action adventure stories, a superhero went around beating up bad guys. In the horror stories, a Jason Voorhees type character went around murdering people. As for the absurd stories, well, it may be best to just give an example. In one of them, a kid's ear pops off his head and takes on a life of its own. It cleans itself up, puts on a tux, and gets a job like a person. I still have some of those stories and love looking back at them every now and then.

Matthew:  Definitely a hybrid. It really depends on the story too. For The Monster Underneath, I knew where I was headed, but the subject matter allowed for a more stream-of-consciousness approach. In other works, especially fantasy and science fiction, I find it important to not only plot, but also ensure that the world, or worlds, of the story are well-developed ahead of time. If the setting is complete, I find it much easier to plot and navigate within it.

Matthew:  Finding time. I'm sure that's what a lot of writers say, but it's true. There's always a lot going on in the real world and finding that perfect balance isn't easy.

Matthew:  Many writers have influenced me over the years. William S. Burroughs, Ken Kesey, J.D. Salinger, Aldous Huxley, Tom Robbins, Stephen King, George Orwell, Larry McMurtry just to name a few. I grew up watching a lot of movies so they played a part as well. Horror films like Dreamscape and A Nightmare on Elm Street definitely influenced The Monster Underneath.

TQ:  Describe The Monster Underneath in 140 characters or less.

Matthew:  A psychic enters the dreams of a suspected serial killer to help the FBI get a confession.

TQ:  Tell us something about The Monster Underneath that is not found in the book description.

Matthew:  There are several dream sequences in the book. In one of them, a bloodthirsty Christmas elf makes an appearance.

TQ:  What inspired you to write The Monster Underneath? What appeals to you about writing Suspense / Horror?

Matthew:  I've always been fascinated by the concept of someone entering another person's dreams and discovering his or her deeper psychology. Writing a serial killer novel also interested me so the two came together. Suspense/Horror appeals to me because of its broad reaching umbrella. Even within sub-genres, you can take stories to new and even scarier places.

TQ:  What sort of research did you do for The Monster Underneath?

Matthew:  I researched a lot about location, spoke to a criminal defense lawyer about the legal aspects of the story, and looked up little details along the way.

Matthew:  The easiest was Max Crawford, the protagonist. A lot of his thought process came from me trying to make sense of the situations he finds himself in throughout the book. The hardest was William Knox, the antagonist. It was challenging to write a suspected serial killer because, thankfully, I've never been one!

TQ:  Which question about The Monster Underneath do you wish someone would ask? Ask it and answer it!

Matthew:  Will there be a sequel?

Yes! In the sequel, the FBI gets Max to go into the mind of a coma patient to find out who tried to kill her.

TQ:  Give us one or two of your favorite non-spoilery quotes from The Monster Underneath.

Matthew:  How about the first line - "Dreams may shed light on a person's mind, but the second I entered John Asher's dream, things got dark real fast."

Matthew:  In addition to a sequel to The Monster Underneath, I'm also working on a middle grade Science Fiction novel. I'm very excited about both projects and can't wait to share them with the world!

Matthew:  Thank you for having me and all that you do for debut authors. You have a great website! 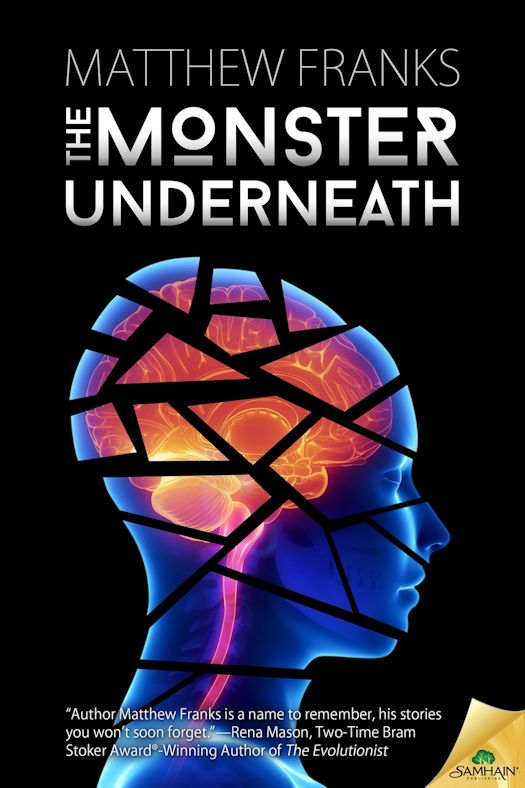 Reality can be the difference between a dream and a nightmare…

Max Crawford isn’t a typical prison therapist. He uses his unusual psychic ability to walk with convicts through their dreams, reliving their unspeakable crimes alongside them to show them the error of their ways.

Max always has to be on his toes to keep himself grounded, but the FBI agent waiting for him in his private office immediately puts him on edge. The bureau wants Max to go way outside his comfort zone to enter the dreams of suspected serial killer William Knox.

To get a confession and secure the future of his prison program, Max must gain Knox’s trust by any means necessary—and survive the minefield of secrets waiting inside a murderer’s mind. Secrets that could turn Max’s reality into a living nightmare. 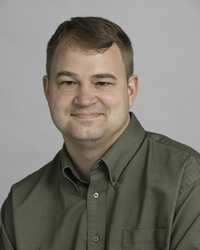 Matthew Franks lives in Arlington, Texas with his beautiful wife and children. He studied psychology and creative writing at Louisiana State University then obtained a Master’s Degree in counseling from Texas State University. When he’s not working on his next story, he’s counseling adolescents or trying to keep up with his three highly energetic daughters. You can connect with Matthew at: authormatthewfranks.com.

Report "Interview with Matthew Franks, author of The Monster Underneath"