Published:
Erin Kellison revealed the gorgeous cover for Shadowman at Dark Central Station today. You can read more about the cover and the writing of Shadowman there. Check out Erin's website too. 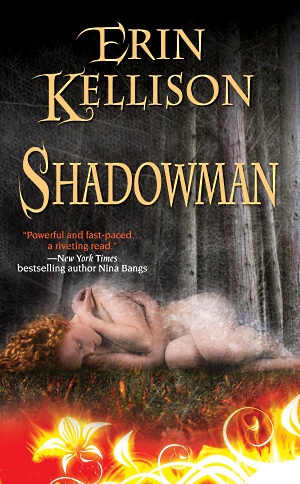 The back cover blurb:

Shadowman will be released on September 6, 2011. Shadowman is the 3rd book in the Shadow Series.

They haunt the halls of the Segue Institute, terrifying the living, refusing to cross over. But one soul is driven by a very different force.

It survives even death. And Kathleen O’Brien swore she would return to those she was forced to leave too soon.

He broke every rule to have her in life; now he will defy the angels to find her in death.

Forging it is his single hope of being reunited with his beloved, but through it an abomination enters the world. Leaving a trail of blood and violence, the devil hunts her too. Pursued through realms of bright fantasy and dark reality, Kathleen is about to be taken. . .