Published:
Please welcome Erica Hayes to The Qwillery. Blood Cursed, the 4th in Erica's Shadowfae Chronicles, was published on August 2, 2011.


Dark romance: we've never had it so good

There's been a genre explosion in dark paranormal romance (or dark fantasy) over the past couple of years. But what does 'dark' mean? How 'dark' can a romance get? And why do we like it so much?

For me, a dark fantasy is set in a world that's gone to hell. The forces of evil are all-powerful, and the good guys are fighting a losing battle – if they haven't already been defeated. The world of my Shadowfae series is such a place: a city ruled by a demon prince, shadowy and gritty and steeped in danger. The good guys, if there ever were any, surrendered a long time ago. If you're lucky, the demon hasn't already taken your soul – but it's only a matter of time, so we might as well throw one hell of a party on the way down.

At first, such an atmosphere of desolation and frantic hopelessness might seem incompatible with romance – but I think it's the perfect place for love. A romance set in a damned world is a story of redemption and hope against all odds – the characters might find love together, but the world has still gone to hell. Or, to put a positive spin on it: life might be hell, but love is still beautiful.

For instance, the heroine of my book BLOOD CURSED, Ember, is literally living on borrowed time. If she doesn't do the demon lord's murderous bidding by tomorrow night, she's headed straight for hell. And the only person who can help her kill the people who need killing – for of course, the demon won't let her off easy – is a guy who's just as likely to sell her soul himself as help her save it. Loving him will surely end in tragedy.

So you can imagine she struggles through some black emotions before she sees the light – because that's what the forces of evil want. Fear, disgust, rage, forbidden lust are all tools that evil uses to make us want the things we shouldn't – to lure us to the dark side. And only hope and belief, in ourselves as well as in the possibility of a better future – in other words, love – only love can pull us back from the precipice.

And I think that's why 'dark' romances are so popular. They're the ultimate message of hope in a hopeless world, and readers want that. Especially in today's climate, where so many people feel at the mercy of real-life forces of evil, whether it's a failing economy, seemingly endless wars, terrorists or whatever. The optimistic ending of a romance, where love triumphs over evil no matter the odds, gives us a fresh sense of hope.

After all, these characters have it much worse than we do. Our world isn't conquered by aliens, devastated by global warming, taken over by evil corporations or at the mercy of hungry vampire hordes, at least not yet. So how bad can it be? If these guys can find love in the midst of disaster, then surely there's a chance for us? Right? Hell, I feel better already :) 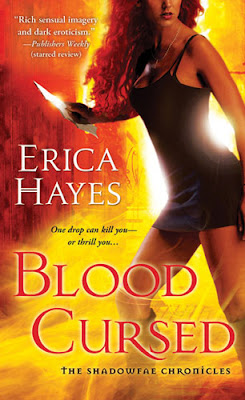 To a vampire, nothing is sweeter than bloodfairy essence—and Ember is the most sought-after fairy on the underworld circuit. Selling her blood to the highest bidder—and robbing her clients in the process—Ember has unwittingly become a target of dark and dangerous forces. Her enemies are everywhere. And if she hopes to survive, she needs protection…

Diamond is a glassfairy who, for better or worse, knows his way around the vampire underworld. Smooth as silk and tougher than trolls, Diamond is Ember’s only chance to keep her magical blood inside her body, where it belongs. But he also poses a threat to Ember, a strange kind of danger she’s never experienced before: She’s falling in love with him… 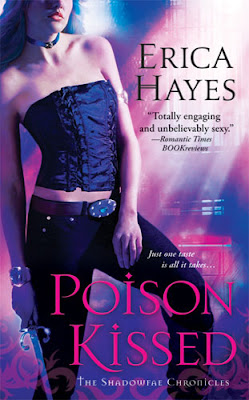 Mina is a banshee whose greatest power lies in her siren song. She’s beholden to her boss Joey, a snake-shifter who once saved her life and now employs her as a gang enforcer. She refuses to upset the fragile balance between them by admitting that she longs for him, that his embrace is the only thing she craves more than revenge for her mother’s death…

When Mina learns that Joey may have been involved in her mother’s murder, fury threatens to spill out of her note by vicious note. She and Joey have always trusted each other to stay alive, but now she’s not sure what to believe. The evidence stacked against him—or the one man who haunts her dreams and burns her blood… 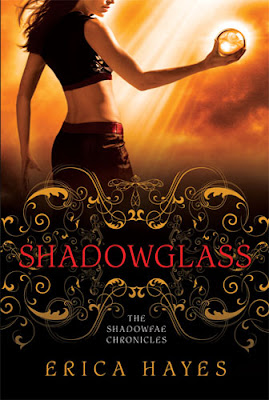 Welcome to secret world hidden behind shadowy fairy glamour, where thieving spriggans rob you blind, beautiful banshees mesmerize you with their song, big green trolls kick heads at nightclubs and vampire Mafiosi rule the streets. Here a seductive magic mirror lies hidden deep in a demon’s lair, with a simple warning: don’t stare at the glass…

Ice is a light-fingered fairy who can’t resist a look at the powerful mirror. She and her fairy friends run confidence games, pretending to be fortune tellers and bedazzling customers with their glamour. But Ice longs for more—she wants a real life, a respectable job and something to strive for. The mirror offers her a chance to achieve everything she’s ever dreamed of. But when she pilfers it, she discovers that its power comes with a price: the mirror is a gateway to obsession and madness... and it will take every trick in her arsenal just to survive. 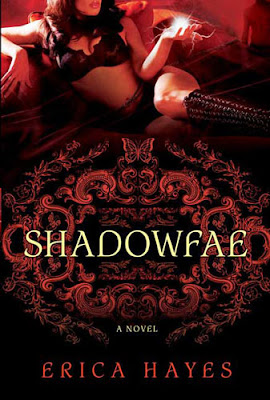 Imagine a secret world veiled in fairy glamour and brimming with unearthly delights. A city swarming with half-mad fairies, where thieving spriggans rob you blind, beautiful banshees mesmerize you with their song, and big green trolls bust heads at nightclubs. And once you’re in, there’s no escape…

Enslaved by a demon lord, Jade is forced to spend her nights seducing vampire gangsters and shapeshifting thugs. After two hundred years as a succubus, she burns for freedom and longs to escape her brutal life as a trophy girl for hell’s minions. Then she meets Rajah, an incubus who touches her heart and intoxicates her senses. Rajah shares the same bleak fate as she, and yearns just as desperately for freedom. But the only way for Jade to break her bonds is to betray Rajah—and doom the only man she’s ever loved to a lifetime in hell. 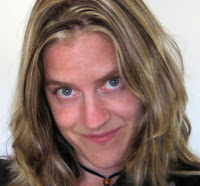 Erica Hayes is the author of the Shadowfae Chronicles, a dark urban fantasy/romance series. Set in a demon-haunted city infested with psychotic fairies and bloodthirsty vampire gangsters, her books feature tough, smart heroines and colorful heroes with dark secrets. She lives in Australia, where she drifts from city to city, leaving a trail of chaos behind her. You can find her on the web at www.ericahayes.net

What:  One commenter will win a Mass Market paperback copy of Blood Cursed (Shadowfae Chronicles 4) from The Qwillery.

Do you like your paranormal romance dark, light, or
it doesn't matter as long as there's an HEA (Happily Ever After)?
Please remember - if you don't answer the question your entry will not be counted.

Who and When: The contest is open to all humans on the planet earth with a mailing address. Contest ends at 11:59pm US Eastern Time on Friday, August 12, 2011. Void where prohibited by law.

21 Comments on The Qwillery: Guest Blog - Dark romance: we've never had it so good by Erica Hayes & Giveaway