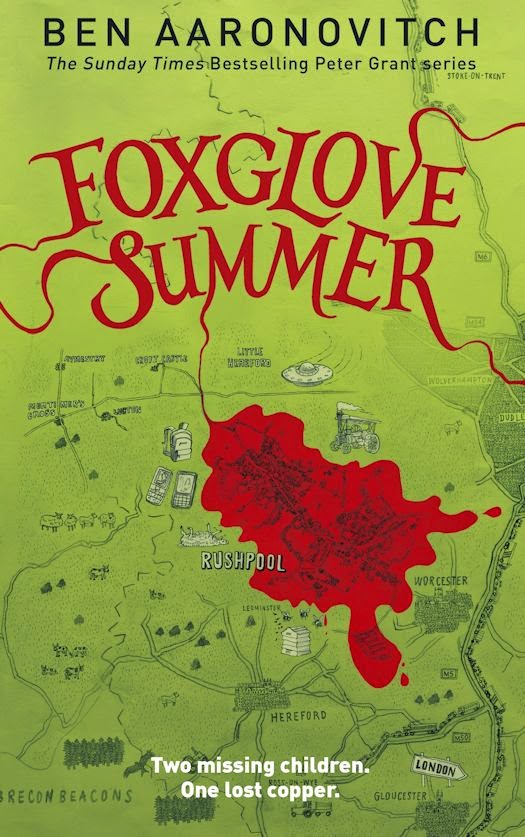 In the fifth of his bestselling series Ben Aaronovitch takes Peter Grant out of whatever comfort zone he might have found and takes him out of London - to a small village in Herefordshire where the local police are reluctant to admit that there might be a supernatural element to the disappearance of some local children. But while you can take the London copper out of London you can't take the London out of the copper.

Travelling west with Beverley Brook Peter soon finds himself caught up in a deep mystery and having to tackle local cops and local gods. And what's more all the shops are closed by 4pm. 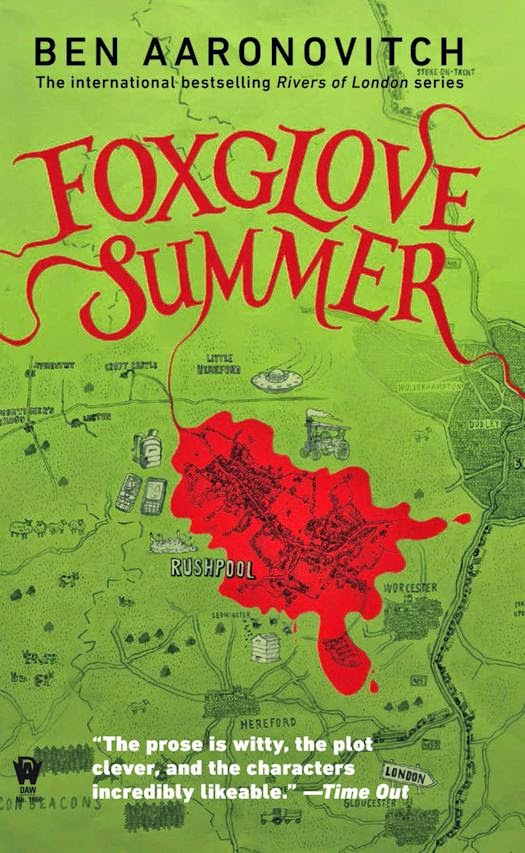 Peter Grant—cop, magical apprentice, and Londoner to the core—is being forced out of his comfort zone and into the English countryside. His latest case involves the disappearance of children in the small village of Herefordshire, and the local police are unwilling to admit there might be a supernatural element involved. Now Peter must deal with them, local river spirits, and the fact that all the shops close by 4 P.M.

Foxglove Summer starts a few months after the end of book 4  - Broken Homes where I am sure that all the Peter Grant fans screeched in unison 'Lesley how could you'. I think this instalment could have easily have been called 'Peter Grows Up' as he is forced to accept what happened to him at the end of book 4 and his friendship with Lesley. I love this series and have enjoyed growing with Peter in each instalment.

In Foxglove Summer Peter is asked to take part in the case of two missing girls. The focus turns to the supernatural and Peter is the man with all the skills to save the day (he hopes). Set in the heart of the North Hertfordshire (the country, basically) Peter's search for the two girls takes him to the heartland of the Fae. Joining him on his investigation is Dominic who works for the local police force and the river goddess Beverley. The fate of two young girls is in Peter's hands. Mad unicorns, the Fae and an English heatwave all combined make this one of Peter's toughest cases.

Aaronvitch gives the reader just about everything they could wish for - new characters, a bit of romance, plot and character development, questions answers and secrets revealed. I have found Aaronvitch's series to be quite amusing but less so in since book 3. The amount of public 'loling' has significantly decreased but has been replaced by some serious plot development.  I really enjoyed this book and I thought that Beverley really added to Peter's development in the way that actual or potential love interests in the previous books haven't. Just when we thought it was safe for Peter (well as safe as it can be for him) Lesley is back on the scene with a rather dire warning. I can't even guess what Aaronovitch has in store for these characters in future novels but I can't wait for book 6. Another great book in a great series.
Source: qwillery.blogspot.com
+ Sharelabels (8)Flag
AllBen AaronovitchBook ReviewsDAWFoxglove SummerGollanczPeter GrantRivers of Londonreview