The Qwillery | category: Attack the Geek

Published:
The Qwillery is absolutely thrilled to reveal the cover for HEXOMANCY, the 4th Ree Reyes novel by Michael R. Underwood. This is a fabulous and fun series that you should be reading and you have plenty of time to read the prior novels before HEXOMANCY is published on September 14th. 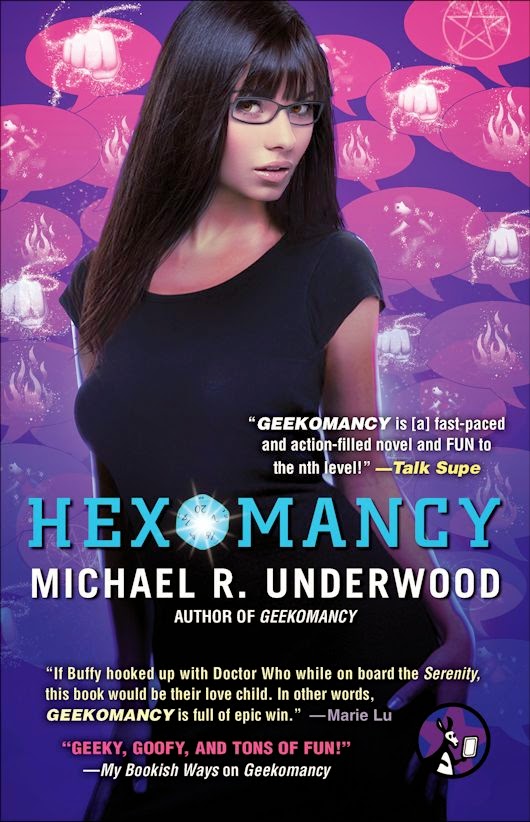 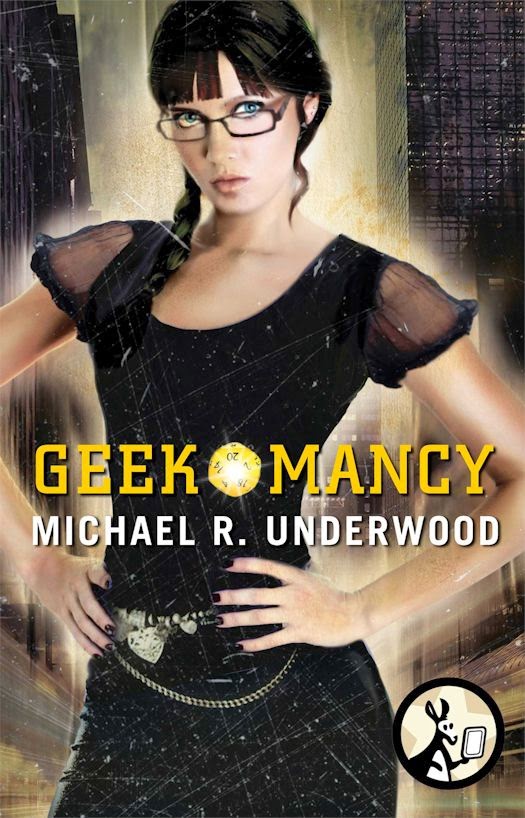 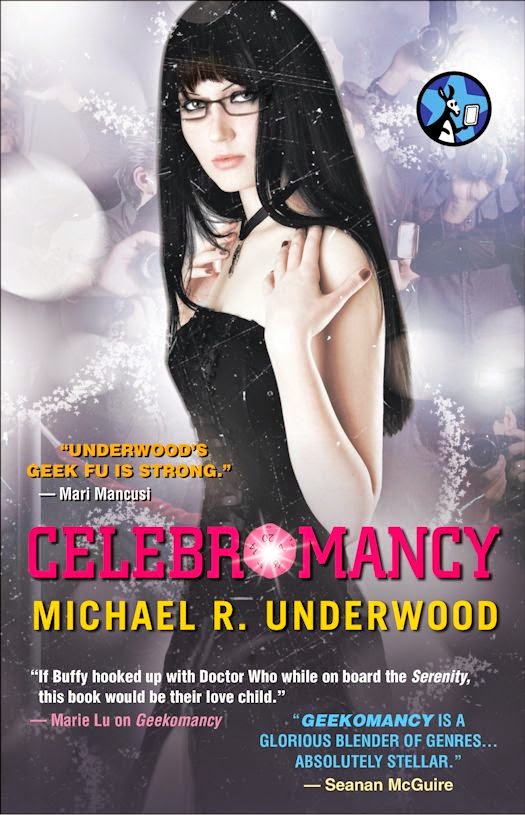 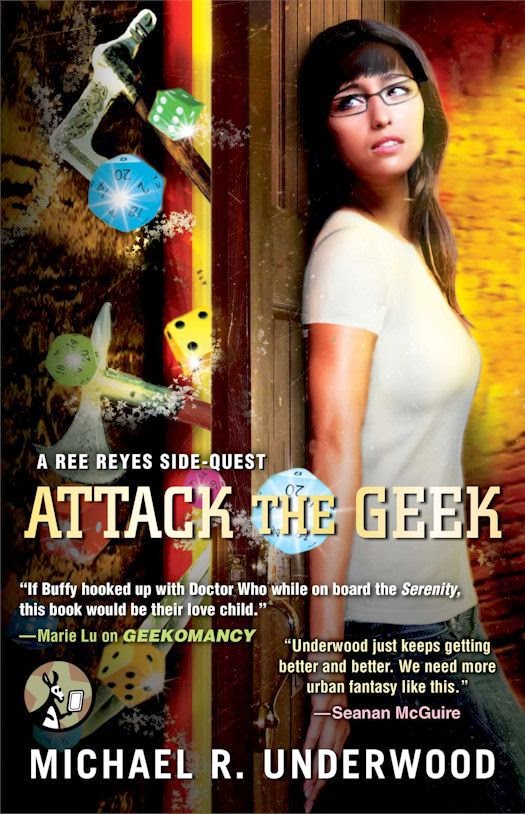 A side-quest novella in the bestselling Geekomancy urban fantasy series—when D&D-style adventures go from the tabletop to real life, look out!

Ree Reyes, urban fantasista and Geekomancer extraordinaire, is working her regular drink-slinger shift at Grognard’s bar-and-gaming salon when everything goes wrong. The assorted magic wielders of the city’s underground have come to test their battle skills via RPGs like D&D, V:TES, White Wolf, and the like. All the usuals are there: her ex-mentor Eastwood, Drake (the man-out-of-time adventurer), and, of course, Grognard himself (her boss and a brewer of beer that act as magic potions). However, it’s the presence of these and other “usuals” that makes all the trouble. For, a nemesis from Eastwood and Ree’s past decides to finally take her revenge not just on those two, but on every self-styled “hero” in the city who happens to have crossed her at one point or another. When wave after wave of monsters besiege Grogrnard’s store, if Ree & Co. are going to survive, they’re going to have to work together. And avoid the minotaur. That’s always a good rule of thumb.

Published:
Please welcome Michael R. Underwood to The Qwillery to discuss Shield and Crocus which was published on June 10, 2014 by 47North. Michael is also the author of the Ree Reyes series: Geekomancy, Celebromancy, and Attack the Geek. 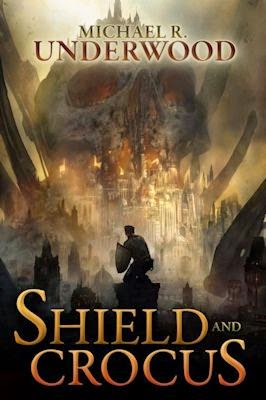 Michael:  The thing I wanted to make clear from early on was that Shield and Crocus is an action story. It’s been described elsewhere as a summer blockbuster kind of book, and that description is fairly apt – it’s a story about escalating stakes, desperate heroism, and do-or-die missions.

TQ:  Please tell us something about Shield and Crocus that is not in the description.

Michael:  This novel has been a long time coming. It started as a short story at the Clarion West Writers Workshop in 2007, and has gone through countless revisions and re-interpretations since I adapted that original story into a novel. More than any novel I’ve written before, Shield and Crocus’ publication is a testament to the power of revision and perseverance.

TQ:  First Sentinel and the Shields of Audec-Hal each have unique magical abilities (and in a different genre setting we'd call them superheroes). Please tell us about the magic system in Shield and Crocus.

Michael:  I drew upon the New Weird in the setting of Audec-Hal, and so there are numerous sources of what would be magic or supernatural power in our world. There is alchemy, sorcery, steam technology, ancient trains that have run for millennia, and a city goddess overlooking the people of Audec-Hal, controlling them as she is controlled by the tyrants.

The most common magical/supernatural elements we see are the birthrights of the Shields. I took superhero archetypes (the Bruiser, The Mentalist, The Speedster), and turned them into different fantasy races. This let me have extraordinary people who were super because they were heroes, not heroes because they were super.

TQ:  Which character in Shield and Crocus has surprised you the most?

Michael:  Sabreslate was probably the most surprising character. She started as the cynical doubter, the spoiler who poked holes in the Shields’ plans, and developed into a contrasting voice to that of First Sentinel, the main lead of the book. I’m very excited for her future in this world if/when I get to move on to later stories in Audec-Hal.


TQ:  Will there be any additional works set in the Shield and Crocus world?

Michael:  Jet City Comics, the sister imprint to 47North, is developing an original graphic novel set in Audec-Hal. I’ve made up the outline, but we’re waiting to finalize plans to make more announcements.

Other than that, I currently see this series as a trilogy of central novels, with lots of room for ancillary and interstitial material, as there’s tons of backstory for the city and the characters.

Michael:  I’m revising The Younger Gods, the start of a separate urban fantasy series, which I’ll be turning in later this month. We’re looking at a Q4 2014 release for that one, and it’s as much a departure from the Ree Reyes books as Shield and Crocus was, though it is also an urban fantasy.

Michael:  Thanks for having me! It seems simultaneously like it’s been ages since I debuted in mid-2012, and that no time has passed at all. 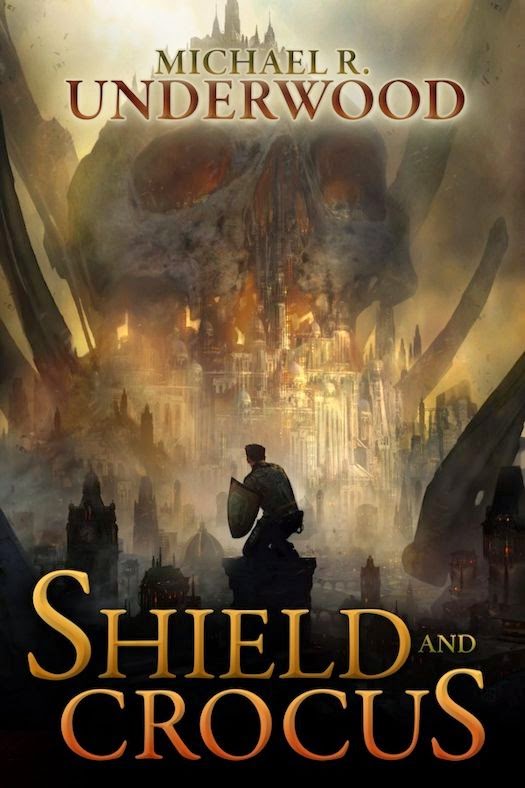 In a city built among the bones of a fallen giant, a small group of heroes looks to reclaim their home from the five criminal tyrants who control it.

The city of Audec-Hal sits among the bones of a Titan. For decades it has suffered under the dominance of five tyrants, all with their own agendas. Their infighting is nothing, though, compared to the mysterious “Spark-storms” that alternate between razing the land and bestowing the citizens with wild, unpredictable abilities. It was one of these storms that gave First Sentinel, leader of the revolutionaries known as the Shields of Audec-Hal, power to control the emotional connections between people—a power that cost him the love of his life.

Now, with nothing left to lose, First Sentinel and the Shields are the only resistance against the city’s overlords as they strive to free themselves from the clutches of evil. The only thing they have going for them is that the crime lords are fighting each other as well—that is, until the tyrants agree to a summit that will permanently divide the city and cement their rule of Audec-Hal.

It’s one thing to take a stand against oppression, but with the odds stacked against the Shields, it’s another thing to actually triumph.

In this stunning, original tale of magic and revolution, Michael R. Underwood creates a cityscape that rivals Ambergris and New Crobuzon in its depth and populates it with heroes and villains that will stay with you forever. 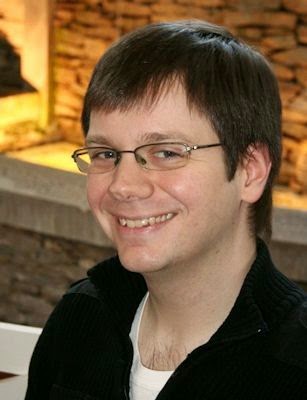 Mike lives in Baltimore with his fiance, an ever-growing library, and a super-team of dinosaur figurines & stuffed animals. In his rapidly-vanishing free time, he studies historical martial arts and makes pizzas from scratch. He is a co-host on the Hugo-nominated Skiffy and Fanty Show.