This was my first week at my new job which meant I was able to return to my regular reading patterns as I was back to commuting...well most days. Over the course of the week I made a couple of book choices that weren't what I usually like to read. So what did I choose?

I was enjoying some late summer sunshine last weekend and was looking for a book that wouldn't tax my brain too much. I came across Kristen Painter's The Vampire's Mail Order Bride. If you follow my WIR you will have guessed that I am a self confessed book cover snob and normally 'judge that book by the cover'. Based purely on the cover this is usually the type of book I skip by. However, I have read Painter's House of Comarré series and I assumed that while this sounded like one of those books I normally avoid I would give it a go as I knew the author. I wish I had listened to my instincts with this one.

In this first book of the Nocturne Falls series Delaney James is on the run after witnessing her mob boss kill someone. After an unlikely turn of events she finds herself pretending to be the mail order bride to a vampire in a Halloween themed town full of supernaturals. The vampire in question, Hugh, has been coerced by his grandmother to give Delaney a 1 month trial to see if she could be his one true love. Well it didn't take Hugh or Delaney that long to go all gooey inside like an extra large marshmallow. The main excitement of the whole story was a chapter that could have been called  'What happens when my mob boss comes into town'. The murdering boss sub-plot is wrapped up at barely half way through and there is another 100 + pages dedicated to Delaney and Hugh's misunderstandings. Not my favourite book ever but filled in a sunny afternoon.

Book 2 of my week of unusual choices was a debut - The Girls Guide to the Apocalypse by Daphne Lamb. I got this book from NetGalley and based on the description I thought that this was going to be a light hearted, amusing read. Boy was I wrong. It started out quite amusing with the 30 something Verdell contemplating breaking up with her boyfriend in the staff canteen at her 'going nowhere' job. Everything changes when a series of events results in an apocalypse. Along with her boss, her possibly ex-boyfriend and a few others Verdell is forced into the brave new world (or not very brave in Verdell's case). Acid rain, cannibalism, no food or water does not keep Verdell from worrying where her lipstick went. After about the 3rd or 4th chapter I didn't think there could be anyone more unlikable than Verdell but, unfortunately, there was a whole book of them. I am pretty sure its not possible to have a more vacuous character and I found myself skim reading from about the 3/4 mark of the book. Lamb had written some truly funny lines but Verdell was neither convincing or likeable and I didn't feel like the book lived up to its name.

Another book calling to me from Amazon that I succumbed to was Temeraire by Naomi Novik. If you will remember from my WIR last week I had thoroughly enjoyed Novik's Uprooted and decided to give one of her other novels a go. The story is set in the early 1800's which finds the naval captain Will Laurence in possession of a very valuable unhatched dragon egg. His life will never been the same when the newborn dragon immediately bonds with him and catapults him from a naval captain on the rise to the seemingly lonely life in the Aerial Corps. Reticent at first Will soon learns that his dragon - Temeraire is more than just an extraordinary creature and becomes his best friend and companion. Both Will and Temeraire have their work cut out for them as they are both heading to boot camp before pitting their unique skills against none other than Napoleon, his war ships and his fleet of dragons. Will they survive and save all of England?

I am a bit of a sucker for historical fantasy although the Napoleonic Wars isn't my favourite period of history. The story flows really well and the war between the two naval fleets is an excellent backdrop to the rest of the story. Novik is a very descriptive writer but you don't feel like you are being overloaded with too much description as this is carefully balanced with character development. I did however, feel that this book was aimed at a slightly younger reader - mid to late teens? This could have been more down to this period of history was very conservative and Will was very influenced by class structure and political correctness while Temeraire was young and virtually innocent. These elements combined made it bit more of a 'staid' read than my other books this week.


Finally, I read Regneration which is the final of the (R)evolution series by Stephanie Saulter. This was a fantastic conclusion to the series but alas, it is not out in the US until next year and I don't want to ruin the surprise for you. I hope to write a full review closer to the US release date. Sorry!


That is it for me for this week. I hope you have had a better week than I choosing books. Fingers crossed that I have more interesting reads to tell you about next week but until then Happy Reading. 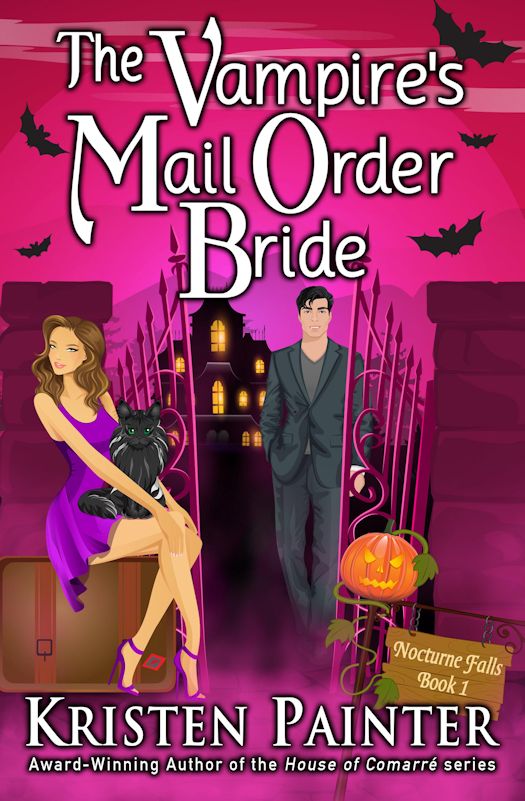 Welcome to Nocturne Falls, the town where Halloween is celebrated 365 days a year. The tourists think it’s all a show: the vampires, the werewolves, the witches, the occasional gargoyle flying through the sky. But the supernaturals populating the town know better.

Living in Nocturne Falls means being yourself. Fangs, fur, and all.

After seeing her maybe-mobster boss murder a guy, Delaney James assumes a new identity and pretends to be a mail order bride. She finds her groom-to-be living in a town that celebrates Halloween every day. Weird. But not as weird as what she doesn’t know. Her groom-to-be is a 400-year-old vampire.

Hugh Ellingham has only agreed to the arranged set up to make his overbearing grandmother happy. In thirty days, whatever bridezilla shows up at his door will be escorted right back out. His past means love is no longer an option. Not if the woman’s going to have a future. Except he never counted on Delaney and falling in love for real.

Too bad both of them are keeping some mighty big secrets… 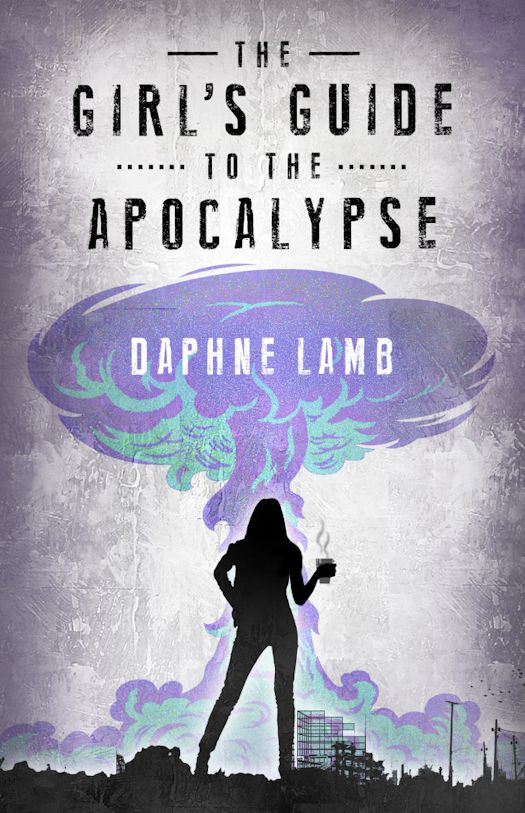 Welcome to the Apocalypse. Your forecast includes acid rain, roving gangs and misplaced priorities, in this comedic take on the end of the world as we know it, from debut author Daphne Lamb. As a self-entitled, self-involved, and ill equipped millennial, Verdell probably wouldn’t have ranked very high on the list of those most likely to survive the end of the world, but here she is anyway. Add in traveling with her work addicted boss, her boyfriend who she has “meh” feelings for, and a handful of others who had no businesses surviving as long as they have, and things aren’t exactly going as planned. But despite threats of cannibalism, infected water supplies, and possibly even mutants, Verdell is willing to put in as little effort as she can get away with to survive. 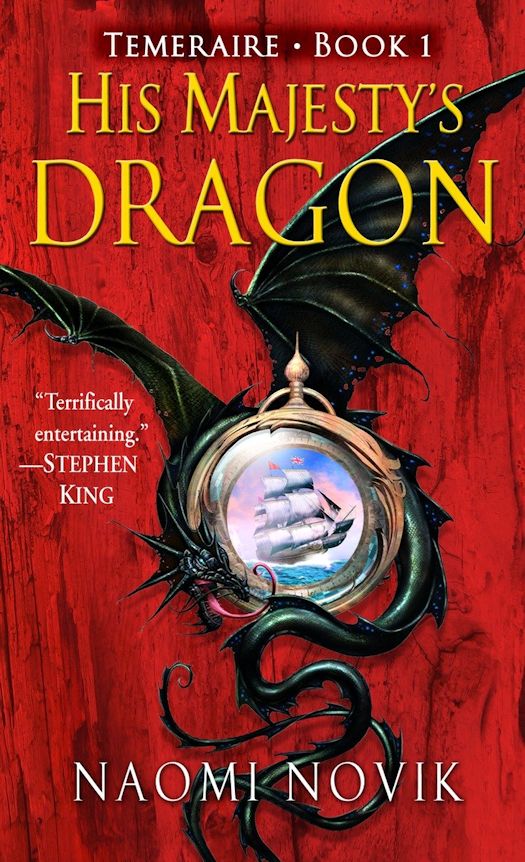 Aerial combat brings a thrilling new dimension to the Napoleonic Wars as valiant warriors rise to Britain’s defense by taking to the skies . . . not aboard aircraft but atop the mighty backs of fighting dragons.

When HMS Reliant captures a French frigate and seizes its precious cargo, an unhatched dragon egg, fate sweeps Capt. Will Laurence from his seafaring life into an uncertain future–and an unexpected kinship with a most extraordinary creature. Thrust into the rarified world of the Aerial Corps as master of the dragon Temeraire, he will face a crash course in the daring tactics of airborne battle. For as France’s own dragon-borne forces rally to breach British soil in Bonaparte’s boldest gambit, Laurence and Temeraire must soar into their own baptism of fire.

And for those who can't wait... 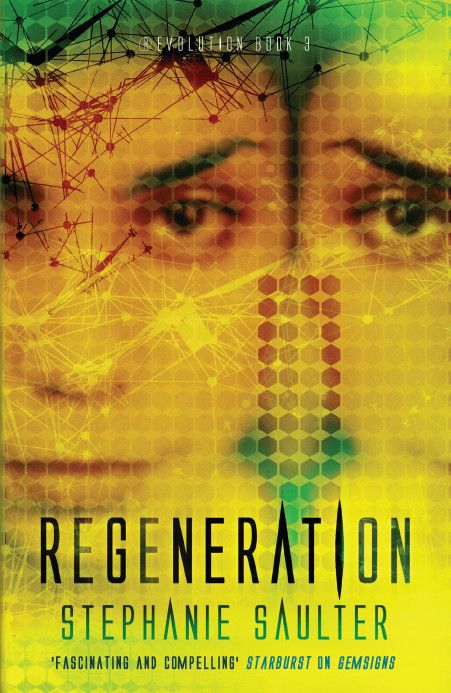 The gillungs - waterbreathing, genetically modified humans - are thriving. They've colonised riverbanks and ports long since abandoned to the rising seas and the demand for their high-efficiency technologies is growing fast.

But as demand grows, so do fears about their impact on both norm businesses and the natural environment.

Then, a biohazard scare at Sinkat, their colony on the Thames, fuels the opposition and threatens to derail the gillungs' progress. But was it an accident, or was it sabotage?

DCI Sharon Varsi has her suspicions, but her investigations are compromised by family ties. And now there is a new threat: Zavcka Klist is about to be released from prison - and she wants her company back.