Published:
This was a very good comic week for me. I picked up 7 different comics, but I'm going to share only 2 of them.

Captain Swing and the Electrical Pirates of Cindery Island is written by Warren Ellis and illustrated by Raulo Caceres. Issue 3 has 4 covers. 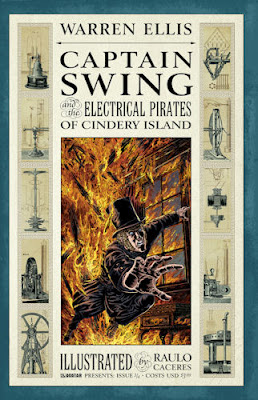 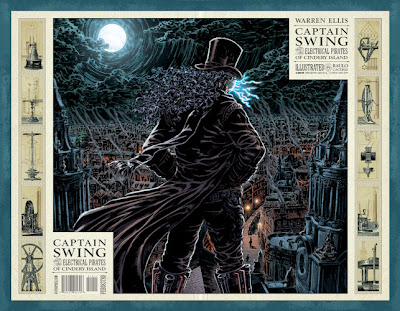 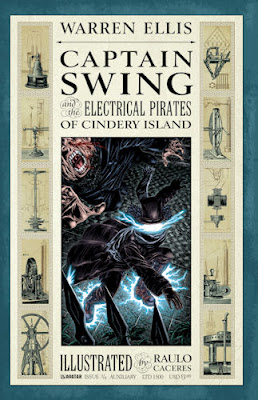 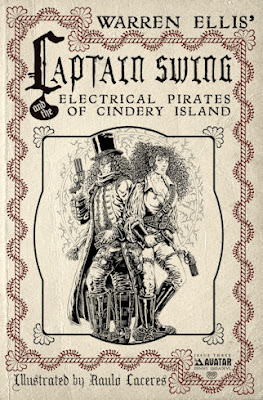 From the sparking-mad mind of Warren Ellis, comes an electrical romance of a pirate utopia thwarted: CAPTAIN SWING & THE ELECTRICAL PIRATES OF CINDERY ISLAND. Secrets are revealed, in the weird little pirate utopia of Cindery Island, as Captain Swing explains exactly what's been happening in the world over the last two thousand years or so. But the forces of Law are coming for them, and Law has no time for Pirates -- or Science. This historical science-fiction piratical romance by Warren Ellis is illustrated in Raulo Caceres' stunning woodcut style, and presented in full color. It is the time of Captain Swing and his Electrical Pirates, and history will never be the same. CAPTAIN SWING #3 is available with a Regular or Wraparound cover by series artist Raulo Caceres, and a special retailer incentive Penny Dreadful cover designed to look like a classic novel of yore.  Comic Cavalcade

If you've been reading the blog for a while you will know of my affection for all things John Carter of Mars related. The Barsoom or Martian series penned by Edgar Rice Burroughs is one of my favorite reads. The first book in the series is A Princess of Mars. My copy was printed in January 1963 by Ballantine Books with a cover by Robert Abbett.  You can see the covers for all the copies I have here.

Dynamite Entertainment has kicked off its Warlord of Mars: Dejah Thoris series with 8 covers (plus a 9th variant from Dynamic Forces). The story is set 400+ years before the first book in Burrough's series. I'm just going to share three of the nine covers, though I have all nine. You can see all of the covers at Dynamite Entertainment's website.

This cover is by Sean Chen 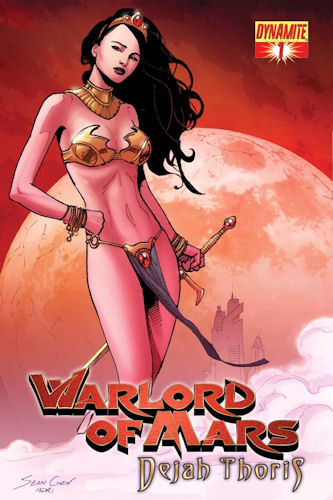 This cover is by Greg Land. It's an incentive cover. 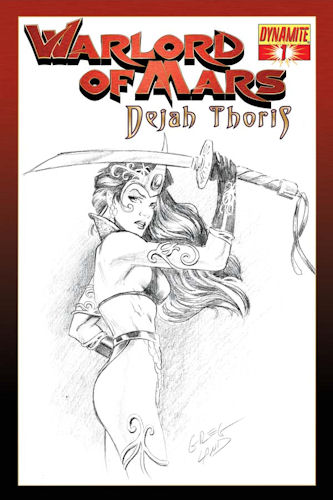 This incentive cover is simply stunning and my favorite of the nine. It's by David Finch. 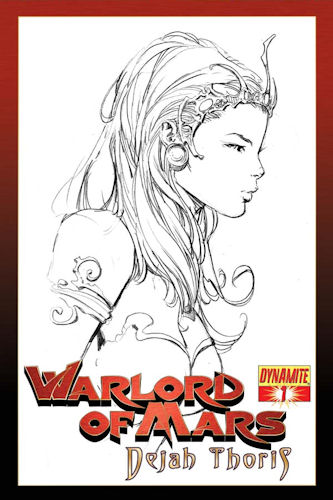 Martians live forever -- everyone knows that. So what was Dejah Thoris doing all those hundreds of years before John Carter arrived? Four hundred years before the events of Warlord of Mars took place, Dejah's nation of Helium was divided into two warring city-states. An unscrupulous overlord from afar encouraged that rivalry to his own advantage, until he discovered a terrible secret from Mars' ancient past beneath Dejah Thoris' capital. A secret to kill for! Dynamite Entertainment

Later this month one of my most anticipated comics of the year comes out. More on that in a couple of weeks.
Source: qwillery.blogspot.com
0 Comments+ Sharelabels (7)Flag
AllCaptain SwingDejah ThorisEdgar Rice BurroughsWCOTWarlord of MarsWarren Eilliscomics