The Qwillery | category: Heart of the Incubus

Rosalie:  I’ve always been fascinated with both the written word and the realm of the paranormal, going back to my early days of reading Bunnicula, but I never thought I had what it took to actually sit down and write an entire book. After my son was born in 2008, I decided to give it a shot. I quickly became addicted to the writing process. Nothing beats the high I get from writing down the stories that live in my crazy brain!

Rosalie:  It takes such a long time to write a story, and I’m a fast writer. But devoting 3-4 months to a book, and keeping up the energy of the story at the same time, can be a very difficult thing.

Rosalie:  Every book is its own wonderful achievement, but if I had to pick a favorite story, it would be Mark of the Sylph. It features a hero I would totally marry. You know, if he were real, lol.

Rosalie:  My aim is to write total escapist paranormal romance. If I can get you to pick up my book and become totally immersed in my world, then I’ve done my job.

Rosalie:  Touch of the Angel, Book 3 in the Demons of Infernum series, published in December 2012. Here’s a blurb: 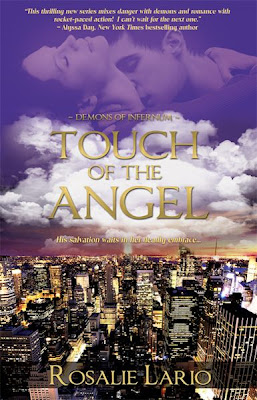 After months of no work, interdimensional bounty hunter Ronin Meyers jumps at the chance to locate an incubus who’s using succubi as murder weapons. Faced with deportation to hellish Infernum if he fails, Ronin will stop at nothing to take out the incubus and anyone else involved. Even the beautiful succubus who stole his heart—and nearly his life—during the most mind-blowing hour of his existence.

Night after night, Amara and her fellow succubi are forced to extract special abilities from the strongest Otherworlders for their psychotic master’s growing collection. When the gorgeous angel-demon hybrid she believed to be dead captures her, Amara is both stunned and elated.

But the happily ever after Amara’s dreamed about will have to wait. Before she and Ronin can find salvation, they must bring down the madman hellbent on destroying everything—and everyone—they love. And Ronin and Amara are at the top of his list…

Heart of the Incubus, a novella based in the Demons of Infernum world, releases on January 3rd. Here’s the blurb for that: 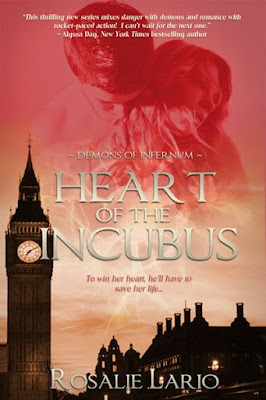 Biochemist Cresso Taylor lives the sort of lifestyle most men would envy—he has wealth, natural incubus charm, and more women than he can handle. But it’s not enough anymore. Not after meeting Genevieve Russell, the sexy scientist who works with him at Elcorp Laboratory. And she wants absolutely nothing to do with him.

After her fiancé broke her heart, Genevieve has had enough of womanizers. She’s determined to steer clear of sexy-as-sin Dr. Taylor, despite the fact that his incubus allure makes her want to rip his clothes off. But when a secret admirer’s affection turns to the macabre with threatening notes and grisly gifts, Cresso appoints himself her protector. As she and Cresso hunt her stalker, she discovers there’s a lot more to the sensual incubus than she ever imagined.

Rosalie:  Thank you so much for inviting me here today. Looking forward to seeing you at AAD 2012 in NOLA!


Additional novels in the Demon of Infernum series:

Blood of the Demon
Demons of Infernum 1
Entangled Publishing, June 27, 2011 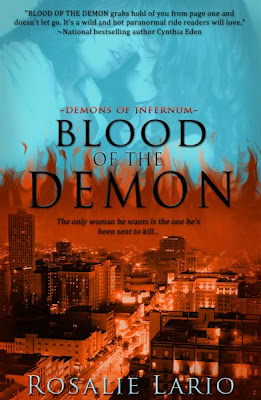 Keegan lives to exact revenge on the evil demon who sired and abused him. When his father devises a plan to bring on the apocalypse, he and his three half-brothers, interdimensional bounty hunters for the Elden Council, are charged with capturing and delivering their father for punishment.

Art gallery owner Brynn Meyers has no idea that her ability to read memories embedded in objects and drain people of their life force means she has demon ancestry. Unfortunately for Brynn, she’s also the key to raising an ancient zombie army, which puts her on every demon’s Most Wanted List.

And no one wants her more than Keegan’s father.

Keegan must protect Brynn from his father by any means necessary, but he’ll have to learn to harness the other half of his genetics—the far deadlier, uncontrollable half—when he starts to fall for the one woman standing between him and the vengeance he so desperately seeks. The one woman he’ll never be able to resist.

Mark of the Sylph
Demons of Infernum 2
Entangled Publishing, September 1, 2011 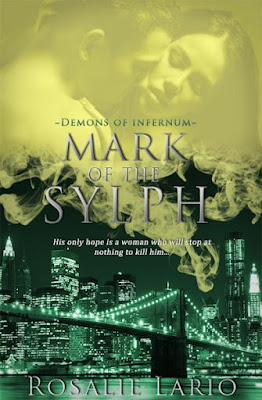 Half-demon Taeg is desperate to free his pregnant sister-in-law, who is spellbound to an indestructible book that will create an army of the undead. He is convinced that an ancient sword can destroy the book and the spell forever, but this relic has been hidden for a millennia by a powerful glamour. The clock begins to run out on his search when an old rival goes after the book and Taeg’s family in his quest for revenge.

Librarian Maya Flores has a secret: she’s immune to magic and is well aware of the supernatural beings prowling the streets of New York City. Haunted by a brutal demon attack that took her family, she is on a one-woman mission to destroy the evil demons who did it—and any others who get in her way.

Maya is Taeg’s best hope for uncovering the sword. Unfortunately, she wants nothing more than to kill him. As he fights for her trust and to save his family, she is forced to face the truth that not all demons are evil. And the worst part? She might be falling in love with one, too. 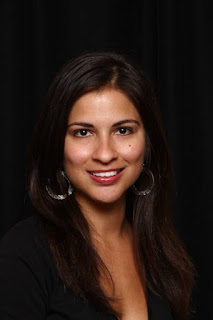 Rosalie Lario practiced real estate law for several years before finally admitting to herself negotiating contracts wasn’t nearly as fun as dreaming up stories. When not writing, she enjoys spending time with her husband and son in their home state of Florida, as well as searching out things that go bump in the night. You can learn more about Rosalie at her website at www.rosalielario.com.

What:  One commenter will win an ecopy of Heart of the Incubus (Demons of Infernum 3.5) from Rosalie!

If you could go on a date with one paranormal being, who or what would he/she/it be?
Please remember - if you don't answer the question your entry will not be counted.

Who and When:  The contest is open to all humans on the planet earth with a mailing address. Contest ends at 11:59pm US Eastern Time on Monday, January 9, 2012. Void where prohibited by law. No purchase necessary. You must be 18 years old or older to enter. 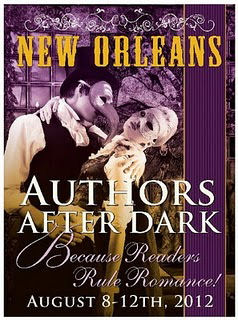