Published:
Here are the winners of the last 5 giveaways:


Among Thieves (A Tale of the Kin 1) by Douglas Hulick 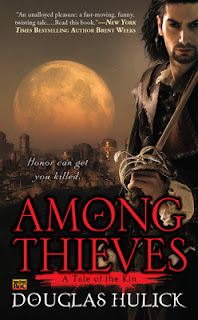 I think I like print books more than e books. 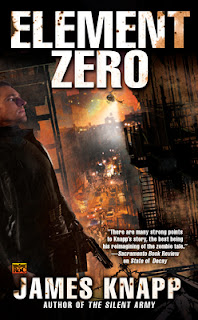 Zombieland!!! The part with the actor dying cracks me up :) 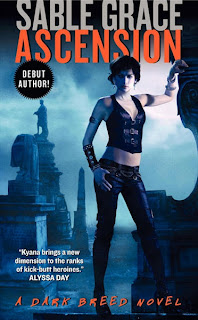 Athena, most definitely. She is after all the goddess of wisdom, strategy, female arts, and justice. And Artemis comes in at a close second place. Both are the mythological figures of Girl Power. 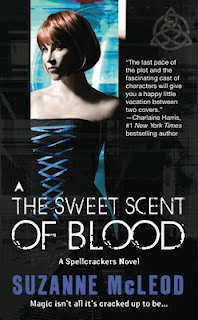 Melissa (Books and Things) who said...

Colorado! What can I say... I enjoy my state. :) Plus I can easily picture the towns and terrain in my head. I know when someone has written about CO w/o visiting. ;) 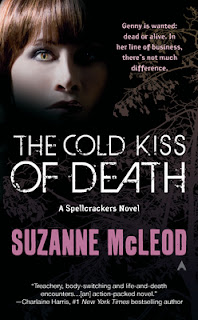 Winners have been notified and have until May 12, 2011 at 11:59 PM US Eastern Time to respond or The Qwillery will very randomly pick another winner or winners.

Published:
Please welcome James Knapp to The Qwillery. James is at Norwescon this weekend so if you see him tell him The Qwillery sent you!

TQ:  What is your most interesting writing quirk?

James:  I don't know if it counts as a quirk but I write my first drafts entirely in Notepad.

James:  Some of my favorite writers include Isaac Asimov, Frank Herbert, Octavia Butler, Nancy Kress and Christopher Moore. Isaac Asimov made me fall in love with science fiction early on, and Frank Herbert definitely contributed to my love of the weird.

James:  A plotter. In a lot of other aspects of life I'm a panster, but when it comes to writing I'm a plotter. I spend a great deal of time plotting a story (or series) in advance and I typically write a lot of world building material before starting a book just to kind of flesh things out in my head. That said, I won't reject new ideas that crop up mid-stream if I think they're good enough and logically fit (if it doesn't fit, I'll scrap it no matter how much I like it). Sometimes that means backtracking but if I think it works well enough I'll do it. On one occasion that meant a complete rewrite. Does that make me a closet panster?

TQ:  Describe the Revivors series in 140 characters or less.

James:  The technologically reanimated dead emerge as humanity's possible saviors from a slavery no one knew existed, but at an impossible cost.

James:  Without getting too spoiler-y, the series goes basically like this: State of Decay was about uncovering an unpleasant truth, The Silent Army was about choosing sides, and Element Zero is about fighting for what you believe in. In Element Zero we learn what Samuel Fawkes' endgame is, and what his actions in the previous two installments have been leading toward. These ‘real world’ events converge with those seen in Zoe's visions, though not entirely as she might have expected.

TQ:  What inspired you to write the Revivors series?

James:  I wanted to tell a science-fiction adventure story and also a story about social dynamics and I feel like the revivors series has elements of both. The society the story takes place in is, in many ways, an exaggerated version of the one we live in now...not necessarily from a technological standpoint, but a from social one with a small but powerful top tier, a middle class just big enough and content enough to keep things stable, and then 'everyone else'. I'm also fascinated by the idea of perception vs. reality and the difference between them (if any). I’m getting into that in my next project too, though in a very different way.

TQ:  What sorts of research did you do for the Revivors series?

James:  It was more taking current trends and trying to imagine how they might play out if we were to flash forward a little ways. Not the revivor technology per se...I don't see anything on the map currently that might eventually result in our jump-starting the dead back to life, but for the other aspects of the world the story takes place in I tried to make things as 'real' as possible. The 'JZI' technology many of the characters use (the implants that allow them to communicate with others, alter their visual perception, link to remote computers, etc) has its roots in the here and now. The technology to allow a blind person to see different shades of light is being worked on today, and the idea of controlling an interface using thoughts is also in its infancy. I think if we jump forward far enough, we'll see something like the JZI.

TQ:  Which character in the series was the most difficult for you to write and why? Easiest?

James:  I realize this is a weirdly specific answer, but the most difficult characters to write were Calliope in the first book, and Faye in the second and third. The reason for that is because in both cases I decided to give the narrative for those characters a set of rules that I made myself stick to. For the first draft I just kind of let things flow, but during rewrites I tried to make sure that Calliope (in the first book, before she expands her horizons) used a narrative that was monosyllabic. Unless there was just no other way, everything she said or thought was in single syllables. As she grew, I relaxed that, but for book one I wanted a primal feel for her. I used a similar idea for Faye after the first book (I won't give away why). When her narrative changed, I came up with a 'cadence' for her, a set of syllabic rules that I think worked but it made writing her hard at times.

The easiest to write was Zoe, largely because Zoe thinks and acts in almost a stream of consciousness. Both in her narrative and her dialogue, she tends to blurt out in raw form whatever she is thinking or feeling.

TQ:  Are there any other genres in which you'd like to write?

James:  I would like to do a horror novel at some point. I've got something written which kind of qualifies I think, so we'll see. It's a standalone novel though, and I think those are a harder sell (to publishers, not readers). I've got a very black comedy (though sci-fi flavored) on a back, back burner.

James:  The project I'm working on now is a science fiction series which takes place in a world quite a bit different from the Revivors series. It has similarities in that both are somewhat 'near-future Earth-based' but the worlds are completely different. Nothing has been finalized yet but if things work out, then you can expect to see a much more futuristic world with a much more 'far out' mystery and adventure ride than Revivors. No zombies this go around, for good or ill.

James:  Thank you for having me. 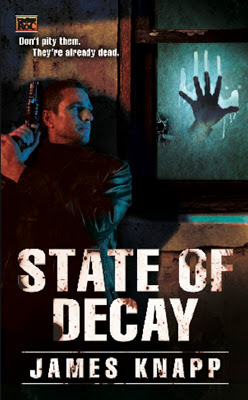 Just because you're dead doesn't mean you're useless...

They call them revivors-technologically reanimated corpses-and away from the public eye they do humanity's dirtiest work. But FBI agent Nico Wachalowski has stumbled upon a conspiracy involving revivors being custom made to kill-and a startling truth about the existence of these undead slaves. 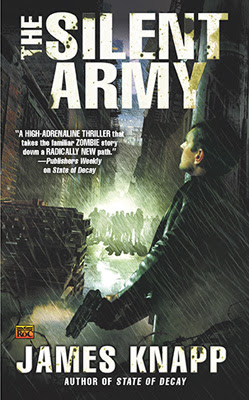 The pulse-pounding sequel to State of Decay

Federal agent Nico Wachalowski must stop Samuel Fawkes from awakening his own private army of zombies even if it means killing the woman he loves-now resurrected as a "Revivor"-permanently. 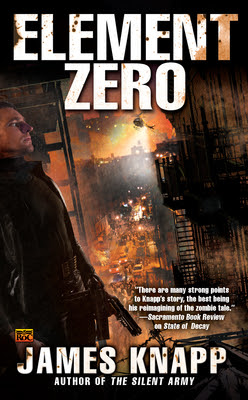 Technologically reanimated corpses are frontline soldiers engaged in a neverending war. Agent Nico Wachalowski uncovered a conspiracy that allowed Samuel Fawkes, the scientist who created them, to control them beyond the grave. And now Fawkes has infected untold thousands with new technology, creating an undetectable army that will obey his every command-a living army that just might represent the future of humanity... 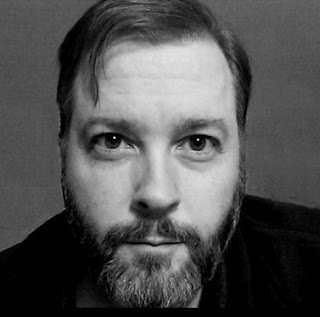 My name is James Knapp. Back in 1995, I used my table-waiting skills to get a job in the high-tech industry (you could do that back then) where I’ve been ever since. In my spare time, I joined the legions of hopefuls that one day my work would see print.

To that end, I began the long road of rejection, criticism (some constructive, some not so much), learning and honing that eventually brought me to the point where I can say the work paid off. I managed to acquire an agent (rockstar Jack Byrne, of the Sternig & Byrne Literary Agency), who managed to acquire me a three book deal with Penguin (Roc imprint).

I now live in MA with my wife Kim, who lends a keen eye to my work during the earlier drafts, and our four gluttonous feline murderers whose antics I not-so-secretly enjoy.

What:  One commenter will win a Mass Market Paperback copy of Element Zero.

What is your favorite zombie movie?
Please remember - if you don't answer the question your entry will not be counted.

Who and When:  The contest is open to all humans on the planet earth with a mailing address. Contest ends at 11:59pm US Eastern Time on Friday, April 29, 2011. Void where prohibited by law.

Published:
Happy Monday or last day to file taxes without an extension in the US day. This week authors Douglas Hulick, Scott Nicholson and James Knapp will be stopping by for a a guest post (Scott) and interviews (Doug and James) and giveaways. There also will be comics, photos, and more bookish things.

Anthology covers and book trailers are below. A printable shopping list in PDF format may be found by clicking here. Set your printer to landscape.

Please note that I have seen 3 release dates for The Restorer by Amanda Stevens - April 19, April 26, and May 1. If I can confirm a date I will let you know. I highly recommend this book. It's one of the best books I have read this year. A review is forthcoming. 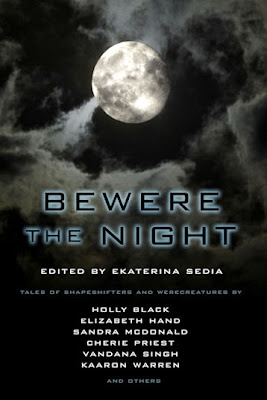 The Coven's Daughter - US (Montacute House - UK) by Lucy Jago

The Restorer by Amanda Stevens