Published:
It's Monday... again. It's going to be a quiet week at The Qwillery. There will be some reviews, some comics and some photos. There are no books being released this week that I'm going to pick up, which does give me a bit of time to catch up on reading the books I already have.


There are 3 YAs being released tomorrow that caught my eye.

All Just Glass
by Amelia Atwater-Rhodes 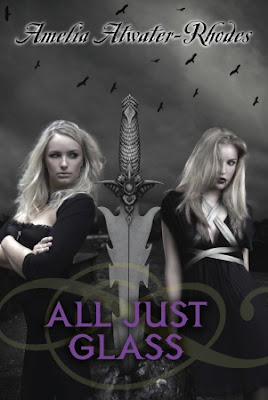 Sarah Vida has given up everything for love. From a legendary family of vampire-hunting witches, Sarah was raised to never trust a vampire, to never let her guard down, and to avoid all tricky attachments of the heart. But now Sarah IS a vampire—changed by the boy she thought she loved. Her family has forsaken her, and Sarah herself is disgusted by her appetite for blood.

Aida Vida is Sarah's older sister, the good, reliable sibling who always does her family proud. But when Aida's mother insists that Sarah be found and killed, Aida is given the one assignment that she may not be able to carry out.

Taking place over just twenty-four hours, ALL JUST GLASS tells the story of a game-changing battle that will forever change the world of the Den of Shadows. And at its center is the story of two sisters who must choose between love and duty. Dark, fully-imagined, and hard to put down, ALL JUST GLASS will thrill Amelia's fans—old and new. 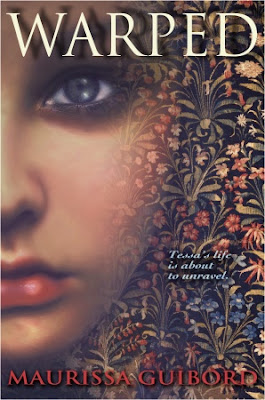 Tessa doesn't believe in magic. Or Fate. But there's something weird about the dusty unicorn tapestry she discovers in a box of old books. She finds the creature woven within it compelling and frightening. After the tapestry comes into her possession, Tessa experiences dreams of the past and scenes from a brutal hunt that she herself participated in. When she accidentally pulls a thread from the tapestry, Tessa releases a terrible centuries old secret. She also meets William de Chaucy, an irresistible 16th-century nobleman. His fate is as inextricably tied to the tapestry as Tessa's own. Together, they must correct the wrongs of the past. But then the Fates step in, making a tangled mess of Tessa's life. Now everyone she loves will be destroyed unless Tessa does their bidding and defeats a cruel and crafty ancient enemy. 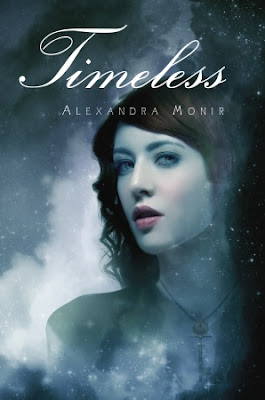 When tragedy strikes Michele Windsor’s world, she is forced to uproot her life and move across the country to New York City, to live with the wealthy, aristocratic grandparents she’s never met. In their old Fifth Avenue mansion filled with a century’s worth of family secrets, Michele discovers a diary that hurtles her back in time to the year 1910. There, in the midst of the glamorous Gilded Age, Michele meets the young man with striking blue eyes who has haunted her dreams all her life – a man she always wished was real, but never imagined could actually exist. And she finds herself falling for him, into an otherworldly, time-crossed romance.

Michele is soon leading a double life, struggling to balance her contemporary high school world with her escapes into the past. But when she stumbles upon a terrible discovery, she is propelled on a race through history to save the boy she loves – a quest that will determine the fate of both of their lives.
Source: qwillery.blogspot.com
0 Comments+ Sharelabels (5)Flag
All2011 Debut Author ChallengeJanuary 2011The View From MondayYoung Adultbooks

Published:
Just a couple of things so far for January 25, 2011 releases.

1)  I've added Joss Ware's Night Betrayed, Envy Chronicles 4.  The omission was brought to my attention by glitter. Thank you!

2) Cherie Priest's Bloodshot, Cheshire Red Reports 1, was mislabeled as YA. It's "very, very adult" per Ms. Priest. I appreciate that Ms. Priest cleared that up. So kids this book is not for you! The publisher lists it as: "Fiction - Fantasy; Fiction - Fantasy - Urban Life" so I'm going with UF for Bloodshot.


Here are the covers and descriptions of both books. 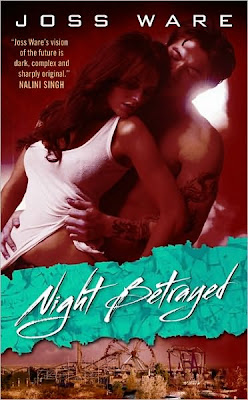 The world they knew is ashes.

The world that remains is in peril.

The Change that devastated the earth did not destroy Theo Waxnicki. It made him something more than human—eternally young, eternally beautiful . . . but not immortal. When he dies on a mission against the Strangers, he is lost to the darkness . . . until a miracle lady brings him back.

Born during the apocalyptic storms and earthquakes that left the world in ruins, Selena has dedicated her life to easing the pain of others. But Theo is the first in her care to survive. Responding to Selena's tender touch, Theo starts to live again, to feel and desire again. But joined in a world of terrors, the secrets they can never share make them targets. And love could be the ultimate betrayal. 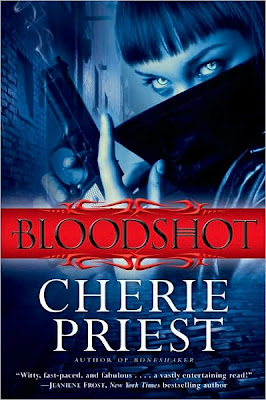 Raylene Pendle (AKA Cheshire Red), a vampire and world-renowned thief, doesn’t usually hang with her own kind. She’s too busy stealing priceless art and rare jewels. But when the infuriatingly charming Ian Stott asks for help, Raylene finds him impossible to resist—even though Ian doesn’t want precious artifacts. He wants her to retrieve missing government files—documents that deal with the secret biological experiments that left Ian blind. What Raylene doesn’t bargain for is a case that takes her from the wilds of Minneapolis to the mean streets of Atlanta. And with a psychotic, power-hungry scientist on her trail, a kick-ass drag queen on her side, and Men in Black popping up at the most inconvenient moments, the case proves to be one hell of a ride.

As you know I only started adding genre the last couple of monthly lists. They are based on the information my database collects from many different sources. Sometimes both the database and I get it wrong. The genre classifications are sometimes the best pick out of the many genre and subgenres a book fits. Sometimes a genre classification will be incorrect if the database pulls incorrect information from the interwebs and I don't recheck. If you spot any additional mislabeling or if I've missed a book please let me know because I would like the release lists to be as accurate as possible. I sincerely appreciate it when a correction/addition is brought to my attention. Thank you!

Published:
Here is my list of January 2011 releases. Again I've included the genre or subgenre that I thought fit the book. A key to the abbreviations is below. Covers for anthologies are below. If there is something that I've missed, please leave a comment. Also note that this list is always under revision. 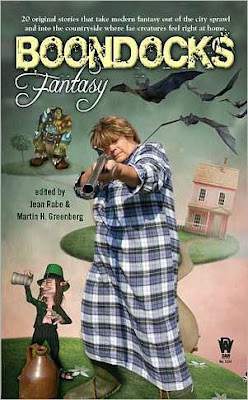 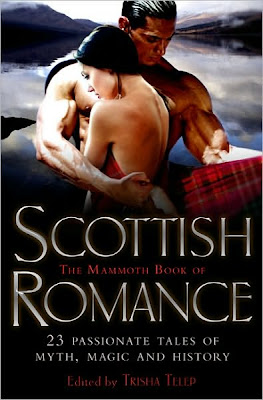 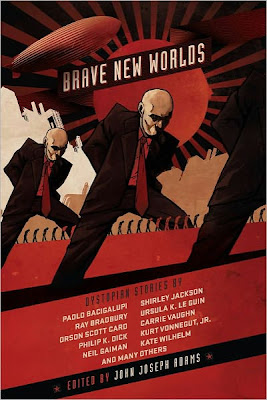