The Qwillery | category: Kings of the Wyld

Interview with Nicholas Eames, author of Kings of the Wyld

Published:
Please welcome Nicholas Eames to The Qwillery as part of the 2017 Debut Author Challenge Interviews. Kings of the Wyld was published on February 21st by Orbit. 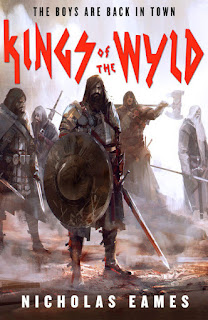 Nicholas:  Thanks for having me! I started writing back in high-school, but didn't really take it seriously until after college, when I started reading books that affected me emotionally and thought, "This is what I'd like to do with my life."

Nicholas:  Major pantser! At the beginning of KINGS OF THE WYLD the characters clearly state their intention to go from point A to point B, so I did my very best to throw as many kinks in their path as possible. What happens from one chapter to the next will hopefully surprise a reader as much as it did me.

Nicholas:  I know that most writers tend to bang out a first draft without worrying how it reads or if it's necessarily cohesive, and I think being able to do that would be tremendously productive. At present, however, I tend to get really nit-picky (see: obsessive) about what I've already written. Being able to blow through a first draft BEFORE revising extensively is a skill I would dearly love to develop. Now if you'll excuse me while I revise this paragraph...

Nicholas:  Regarding the craft itself, Guy Gavriel Kay is the author who made the biggest impact on me, though I think reading books by Joe Abercrombie and Scott Lynch made me believe there was a way to get humour AND heart to play nice in a fantasy book. Very recently, Delilah S. Dawson's 'Wake of Vultures' gave me a lesson in committing to a character's voice.

For this series specifically, the setting of each book is (loosely) based on an era of music. For KINGS it was 70's rock, and those looking with a keen eye will find quite a few cunningly (and not-so-cunningly) hidden references within.

TQ:   Describe Kings of the Wyld in 140 characters or less.

Nicholas:  It's the often humorous and sometimes poignant story of a once-celebrated band of monster-hunting mercenaries who must reunite after decades apart to rescue the daughter of their leader, Gabriel.

TQ:  Tell us something about Kings of the Wyld that is not found in the book description.

Nicholas:  The names of my agent, my editor, and the author who had a hand in KINGS getting published are all somewhere, in some form, on the map.

TQ:  What inspired you to write Kings of the Wyld? What appeals to you about writing Fantasy?

Nicholas:  I started writing KOTW almost immediately after reading 'Ready Player One', by Ernest Cline. That book, more than any other, is directly responsible for my own. The pacing is incredible, with one chapter practically bleeding into the next, and the whole time I was reading it I was intensely aware of how much fun I was having.

As for why I'm drawn to fantasy, the most obvious reason is this: there is nothing that happens in a fiction book that cannot happen in a fantasy (or science fiction) book, but the opposite cannot be said. Fiction, for the most part, is confined by what is real, what is possible, whereas fantasy (and again, sci-fi) is not. Provided the author creates characters you can empathize with and a setting you believe in, the story itself is utterly without boundaries. That's my opinion, anyway. Mileage may vary.

TQ:  What sort of research did you do for Kings of the Wyld?

Nicholas:  The best kind! As I mentioned, the setting is allegorical of the golden age of classic rock, so although I read some books and watched some documentaries on bands of that era, I mostly drank lots of whiskey and listened to an endless succession of mind-blowing rock albums. Led Zeppelin, Pink Floyd, The Who, Black Sabbath...To be honest, I had very limited knowledge of these bands before I wrote this book. Now, however, I'm here to tell you: OLD PEOPLE ARE RIGHT! That music is far superior to anything we've come up with since. Don't get me wrong: I love The Weeknd like anyone else with two ears and a heartbeat, but you can't top a high-as-a-kite Jimmy Paige guitar solo.

TQ:  Please tell us about the Kings of the Wyld's cover.

Nicholas:  First of all, I'm in love with it--and I am very picky about fantasy book covers. The lettering and design was done by Lisa Marie Pompilio at Orbit, and I really like that she embraces the book's 70's rock inspiration when it came to the title font. The artwork was done by Richard Anderson, who is my favourite cover artist of all time. I used to buy any and every book he did the cover art for (I bought two the day before I found out I was getting a book deal, even!) so it's pretty surreal to have his artwork on mine.

TQ:  In Kings of the Wyld who was the easiest character to write and why? The hardest and why?

Nicholas:  I think the main character, Clay, was the easiest, because we share the same sense of humour. The hardest was Lastleaf, my antagonist, because I didn't want to make him evil for the sake of being evil (I know--every author says that. Don't worry: book two's antagonist is totally, totally evil). Also, he's not at all the focal-point of the story, so I had to make the most of his interactions with the band.

TQ:  Which question about Kings of the Wyld do you wish someone would ask? Ask it and answer it!

ME: If there was ever a movie made of Kings of the Wyld, what classic rock song would play during the opening credits. How about the end credits?

ALSO ME: Great question, Nick! The opening song would be The Who's 'Baba O'Riley'. And for the end credits: 'Shelter From the Storm' by Bob Dylan.

TQ:  Give us one or two of your favorite non-spoilery quotes from Kings of the Wyld.

"There was nothing to mark the grave, no headstone upon which [her] single mourner might lay a wreath, or set a candle. There were only the words be kind carved into the birch's brittle skin, as if whoever did so had been crying, or a child, or both."

Nicholas:  The Band: Book Two! (title to be haggled over endlessly by my editor and I until I inevitably capitulate and name it whatever she wants me to name it because that's just how it goes!)

TQ:   Thank you for joining us at The Qwillery.

Nicholas:  Thank YOU so much for having me. I really appreciate it. 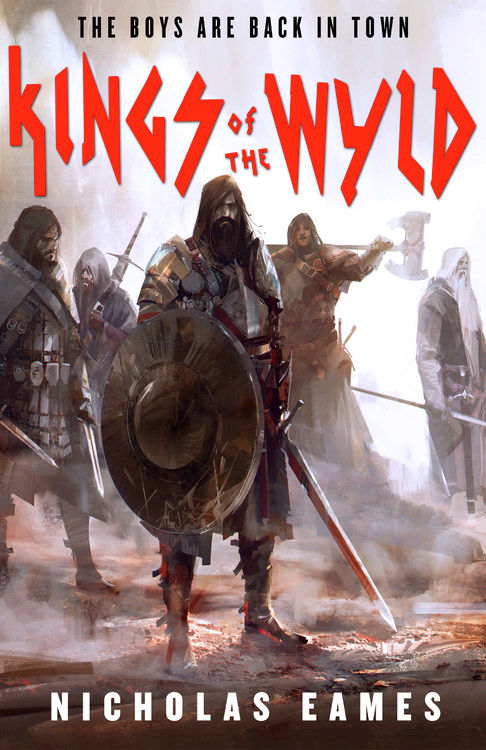 Clay Cooper and his band were once the best of the best, the most feared and renowned crew of mercenaries this side of the Heartwyld.

Their glory days long past, the mercs have grown apart and grown old, fat, drunk, or a combination of the three. Then an ex-bandmate turns up at Clay's door with a plea for help--the kind of mission that only the very brave or the very stupid would sign up for.

It's time to get the band back together. 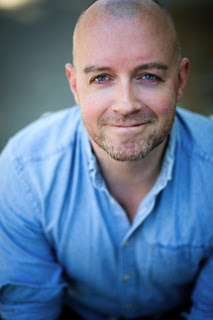 Nicholas Eames was born to parents of infinite patience and unstinting support in Wingham, Ontario. Though he attended college for theatre arts, he gave up acting to pursue the infinitely more attainable profession of 'epic fantasy novelist.' Kings of the Wyld is his first novel. Nicholas loves black coffee, neat whiskey, the month of October, and video games. He currently lives in Ontario, Canada, and is very probably writing at this very moment.