Published:
It's the last Monday in March. I can't believe how fast this month is flying by! At The Qwillery this week:

Wednesday -  2012 Debut Author Challenge Interview with Delilah S. Dawson. Wicked as They Come, Delilah's debut, will be published on March 27, 2012.

Saturday - Guest Blog by J.N. Duncan. The Lingering Dead, the 3rd novel in the Deadworld series, will be published on April 3. 2012.


A book shopping list in PDF format may be found by clicking HERE. Click "File" on the left and then "Print (PDF).

The Draecna mythology behind ETERNITY’S MARK…
Even before the contrivance of the written word, humans used storytelling or mythology if you will, to explain the unknown wonders around them. I believe this “urge to explain the unexplainable” is what led me to create Draecna mythology as the “bones” of my paranormal romance, ETERNITY’S MARK. Allow me to tell you a bit about them –not too much—just enough to give you a “feel” for the wondrous beings known as Draecna.

The Draecna are the sacred keepers of the Continuum’s portals, doorways capable of bending time and space to access infinite realities. If not for the ability of these dragon-like creatures to control magic’s energy, the endless layers of creation’s physical consciousness would implode; collapsing inward much like a delicate soufflé plopped on the kitchen counter. The endless realms would cease to exist, becoming shapeless holes of matter incapable of sustaining life. But when controlled by the energy created by the mystical Draecna, all remains in balance.

The lifespan of a Draecna is quite long. In fact, by human standards, one would deem their years as never-ending. But Draecna’s do eventually grow too old to manipulate the portals. Then they become the revered elders in charge of introducing the young ones to the wonders of the race’s destiny. When a Draecna does finally reach the end of his allotted lifespan, all his wisdom and magic condenses into the tip of his right foreclaw. This claw will be the only portion of his mammoth body to survive his ceremonial cremation at the end of his days. The sacred claw will then be stored in a hidden place among the Goddess Isla’s caverns until such time as its power is needed.

These wondrous beasts hatch from huge stone-like eggs which are kept safe and warm at the Draecna ancestral home of Taroc Na Mor nestled deep in the Highlands of Scotland. The eggs are incapable of successfully hatching without the aid of their chosen Guardian. A powerful force field surrounds a Draecna’s shell, protecting them from those who would abuse the hatchling’s powers. Only the Guardian can easily breach this mystical perimeter and free the young ones into the world.

Draecna clutches always consist of groups of seven or a number that can be divided by seven –a sacred number to the Draecna race. Rarely does a Draecna hatchling know his mother since the eggs are left to incubate in the nursery of Taroc Na Mor until the Hatching Moons rise over the mountains of Erastaed –approximately once every thousand earth years or so, give or take a few hundred years here or there.

An exception to this is the hybrid clutch of the Draecna Goddess Isla. Since these offspring were the result of a joining with the wizard king of Erastaed, the Goddess stayed close to her seven hatchlings since the outcome of melding two forces of such powerful magic was unknown and such a joining was expressly forbidden. Draecna are paired with their prospective mates before emerging from the shell. Their DNA is matched with the best possible mate to ensure continued strength and purity of the race. However, the highest level Draecna females have been known to become quite besotted with powerful males of other races due to their unquenchable thirst for unique energy and new knowledge. Such a hunger for all that is exciting and unknown can often prove disastrous.

Females are born fully matured whereas males are not. And the fire-breathing Draecna are somewhat invincible –to a point. Forgive me for not going into any more detail. After all, I wouldn’t want to give away the entire story.

I’ve become quite fond of my magic-wielding friends. If you’d like to meet Septamus, Gearlach, the Draecna Goddess Isla or little William, ETERNITY’S MARK will be released on March 27. They’d love to welcome you into their world. 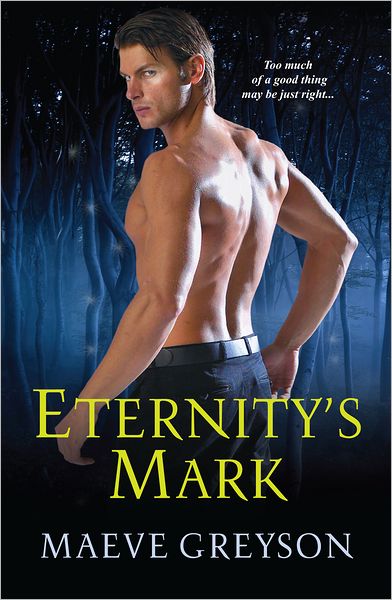 A sexy Scot. A mystical inheritance. What could go wrong?

Veternarian Hannah MacPherson knows better than to believe in love at first—or any—sight. True, being swept away by Taggart de Gaelson to the vast Scottish castle she’s mysteriously inherited is uber-romantic. The legacy is totally legitimate, and its messenger is big, broad-shouldered, and smokin’ in more ways than one …

Too bad Taggart forgot to mention that Hannah’s also a Guardian of magical dragons called the Draecna. And as Hannah’s sworn otherworldly protector, Taggart is honor-bound not to lay a hand on her, no matter how close he gets…

But turning duty into pleasure is just too tempting. And for Hannah, mastering her powers and saving two worlds from evil will be way easier than showing one hardheaded warrior that breaking all the rules means they are eternally made for each other … 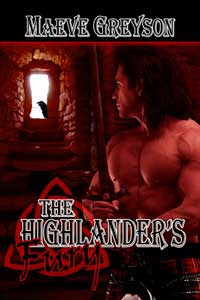 Ciara, Immortal Fury, spends her days locating evil and administering justice. When her goddess mothers inform her they need a gifted child, Ciara agrees to their plan. She will swap places with Faolan MacKay's shy bride long enough to conceive, bear, and train a child in the old ways, before resuming her duties as avenger of wickedness.

Laird Faolan MacKay's advisers are pushing him to wed. Faolan has lost everyone he's ever loved and would rather travel to hell than down the aisle. To silence his advisers, Faolan chooses a woman rumored to be meek and easy to ignore. One problem: nobody ignores Ciara.

Against his will, he's enthralled with his new wife--to Ciara's surprise, the mortal affliction called love burns hotter than her hunger for vengeance. But when their time is up and Ciara must leave, can the bond of love overcome the edict of the ultimate powers? 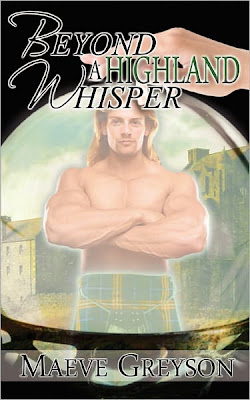 The last time Latharn MacKay walked among his kinsman was in Scotland of 1410. Sensuous and charismatic, all the women wanted him, but none could capture his heart. Latharn's charm became his curse when a dark sorceress didn’t take rejection well. She snared his soul into a crystal globe until the one woman destined to be his love whispered his release. Now all Latharn has to do is find her and guide her to him without speaking a word.

One of the youngest archeologists in St. Louis of 2010, Nessa credits one thing for this achievement: the recurring dream of a heart-stopping Highlander since the summer she turned eighteen years old. Little does she know, he's not some fantasy cooked up by her subconscious. He’s a trapped soul determined for Nessa to end his six centuries in hell. Can love prevail over the dark magic of a woman scorned? 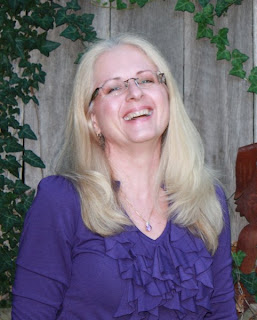 Maeve Greyson writes paranormal romances with a Celtic twist from her cozy little home not too far from Kentucky Lake. Tucked away in the middle of nowhere, Maeve listens to the wind whispering through the trees and hears the voices of her characters.

Her debut novel, BEYOND A HIGHLAND WHISPER is available now from The Wild Rose Press and other online retailers. March 2012 will see two new paranormal romances from Maeve. THE HIGHLANDER’S FURY releases from The Wild Rose Press on March 2nd and ETERNITY’S MARK releases from Kensington’s Brava line on March 27th. ETERNITY’S MARK was the winner of Kensington Brava and RT Book Reviews 2011 Writing with the Stars Contest.

Maeve can also be found procrastinating in these corners of cyberspace:

Published:
Happy first Monday in February. We get an extra day in February this year. I'm going to dedicate it to reading I hope. The Qwillery is very busy again this week!

Wednesday - Interview with Jennifer Safrey. Tooth and Nail is out from Night Shade Books.


Here's the book list for this week. There are a lot of books to choose from. And to help you shop, you can find a printable PDF of this week's book by clicking HERE. This will take you to Google Docs. Click "File" on the left and then "Print (PDF)."