Published:
Please welcome Kendra Leigh Castle to The Qwillery. Kendra's most recent novel is Midnight Reckoning (Dark Dynasties 2), which was published on January 1, 2012.


TQ: What would you say is your most interesting writing quirk?

Kendra:  My funky quirk is that all of my books have soundtracks…but I can’t listen to music while I write. I love it for inspiration, but I’m terrible at writing with any amount of noise. The weird thing is, I did write one book, RENEGADE ANGEL, that seemed to require that I listen to music all the time while writing. It was fabulous, and I haven’t been able to pull it off since…so it was a fluke, but a nice one. Music blocks out all of the other noise around here!

TQ: Are you a plotter or a pantser?

Kendra:  I’m definitely a pantser! Well, with maybe a dash of plotter thrown in for good measure. I do like to have my bearings in a very basic sense. Someone once told me my process was “organic”, which is a really flattering way to describe what I would normally just call “a mess”. Every book is an adventure for me…I keep discovering things I didn’t know about my characters right up until the end, and the plot always turns in directions I don’t expect. I don’t actually like knowing everything that’s going to happen! Outlines are the bane of my existence…and I never end up following them anyway.

Kendra:  Time constraints. I tend to work on a pretty tight schedule anymore, and since I have a young family, wrenches get thrown into the works all the time. I always manage to pull it off, but by the end of each book I am extremely zombie-fied. Ratty stained pajamas, moaning and shuffling, red, vacant eyes…it’s not pretty. Having both a writing career and a nice family life sometimes means I’m up obscenely late. Especially if I’ve gotten stuck…which is the second most challenging thing about writing. Smashing through a block can be rough!

TQ: What inspired you to write the Dark Dynasties series?

Kendra:  I had a few different story pieces I’d been saving up/kicking around/mostly ignoring, and then an interesting but of inspiration came along that managed to pull everything together. That’s the way it usually happens with me! I just need that one piece to set off a chain reaction. In this case, the catalyst was a History Channel documentary on Cleopatra’s sister Arsinöe, which I watched in the basement when I was supposed to be working out (oops). I’ve always been fascinated by ancient Egypt, and I never knew that Cleopatra had assassinated her younger sister in order to secure the throne for herself. It was a long and interesting story, and I thought (as all good paranormal authors do), “Hey, I what if she didn’t die and became a vampire instead?” Sparks flew. Several brain cells fried, leaving the faint scent of burning in the basement air. Vampire Arsinöe connected to dynasties connected to cool bloodline tattoos connected to that hot cat-shifter hero I hadn’t been able to figure out a story for yet…and the Dark Dynasties were born!

TQ: What sort of research did you do to create your mythology?

Kendra:  Most of the research I did was on vampire lore from around the world. It helped me to ground some of the dynasties in pre-existing mythology, though I won’t pretend that my finished mythology has much more than a nodding acquaintance with what I researched! Creating a world out of thin air is really part of the fun for me.

Kendra:  An enslaved cat vamp hunts, and falls for, a powerful innocent who will change the world of night forever…if she survives.

TQ: Without giving anything away, what is/are your favorite scene(s) in Midnight Reckoning?

Kendra:  I think my favorite scene is quite early on in the book, when Jaden shows up at Lyra’s door unannounced. There’s so much tension between the two of them every time they get anywhere near one another, and at this point, the sparks are still making them bristle…especially Lyra. She’s so stunned to open her door and find him, of all people, a cat vamp who has just waltzed into a town full of werewolves to return something to her. And Jaden tries so hard to play it cool. I can just picture their faces every time I read the scene, and it makes me smile every time.

TQ: In Midnight Reckoning, who was the most difficult character to write and why? The easiest and why?

Kendra:  I want to say that Lyra was the easiest character for me this time around, which is unusual. Generally, the heroes are much easier for me. And Jaden was wonderful to write, but I got such a kick out of Lyra from the start. She came to life for me very quickly, and is probably one of my favorite heroines I’ve written. I don’t think any of the characters gave me fits, though it did take me a while to get a good handle on Lyra’s cousin and rival, Eric Black.

TQ: Who is/are your favorite character or characters from the Dark Dynasties series?

Kendra:  I can’t pick! It sounds like a cop out, but I’m always in love with whatever characters I’m working on because I’m spending so much time with them. They all get their turns at being favorites, though, which seems fair to me.

Kendra:  I’ve got a lot coming up! This past year has been the busiest of my writing career to date. In March, I’ll have a novella available through Harlequin Nocturne’s digital-only Cravings line. That’s called REFLECTED DESIRE, and features the slave in the magic mirror as the hero. In July, I’ll have a novella in the Harlequin anthology VACATION WITH A VAMPIRE, which will be out in print and digital. That story is about Justin, the vampire king from my book RENEGADE ANGEL (Nocturne, 9/10). Then in August, the third Dark Dynasties book, SHADOW RISING, arrives. I’m very excited to share Damien Tremaine’s story with my readers! He’s my mouthy assassin, and I had a great time writing him.

Kendra:  Thank you so much for having me! If anyone has any questions, I’ll be around all day to answer them. 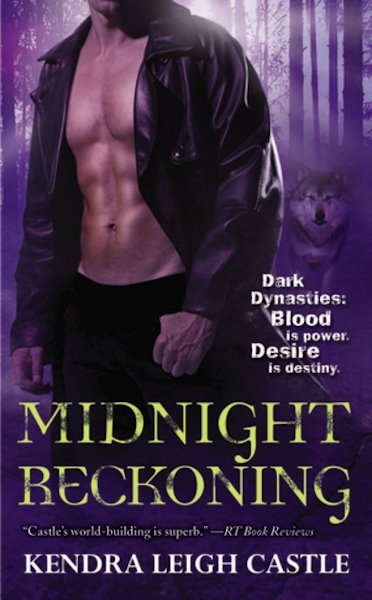 Two separate worlds . . .
One passion that binds them

Wild and passionate by nature, Lyra Black is not just any werewolf. She's the future leader of the powerful pack of the Thorn-if she can stay alive long enough to inherit the title.

One of the Cait Sith bloodline of vampire cat-shifters, Jaden Harrison has no interest in the wars plaguing the world of night. But when he rescues Lyra from a violent attack, they're both captured by an insatiable desire that threatens to overwhelm them and bind them together for eternity . . . just as ancient enemies prepare to strike. And when they do, the Thorn and the Cait Sith-and Lyra and Jaden's love-may never recover from the deadly blow . . . 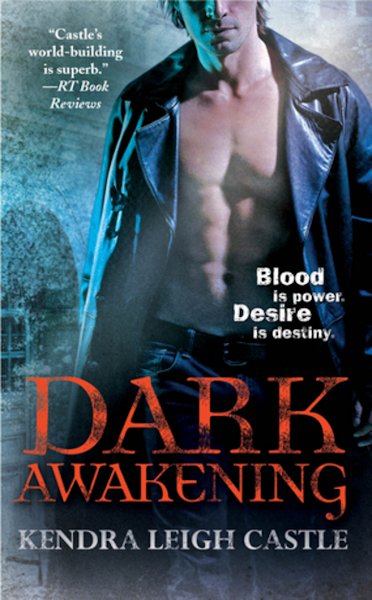 Enter the world of the Dark Dynasties . . .

For centuries, shapeshifting vampire Tynan MacGillivray has prowled the night as an outcast, valued only for his ferocious hunting skills. When a feud among the immortals escalates into all-out war, he is ordered by his ruthless queen to locate a Seer-a human woman with a special gift-who can secure victory for their clan. Ty's search leads him to a quiet New England town, but once he has the Seer in his grasp, her touch awakens within him a hunger like he's never known . . .

Lily Quinn has always been different. Since childhood, she's had vivid nightmares and an eerie sixth sense. When a sexy, silver-eyed stranger demands her help, Lily plunges into a new world of danger and sensuality. With Ty, she discovers sizzling passions she cannot deny and powers she cannot control. Soon, it is clear that Lily is much more than a Seer-she holds the key to ancient secrets and unthinkable destruction. But will a vampire's vow of eternal protection stop these evil forces . . . or unleash her dark destiny?

Other books by Kendra Leigh Castle 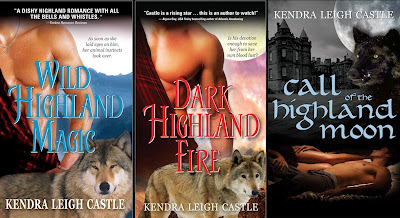 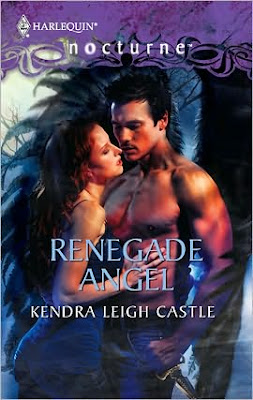 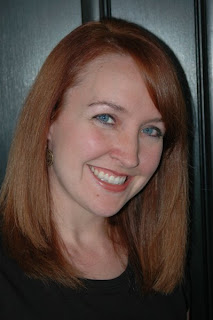 Kendra Leigh Castle is the author of the MacInnes Werewolves trilogy (Sourcebooks), the 2011 RITA finalist RENEGADE ANGEL (Harlequin Nocturne), and the Dark Dynasties series (Forever). She lives in Southern Maryland with her husband, three children, and menagerie of pets. You can find her on facebook, twitter, or at www.kendraleighcastle.com.

What:  One commenter will win a signed copy of Midnight Reckoning (Dark Dynasties 2) from Kendra!

Who and When:  The contest is open to all humans on the planet earth with a mailing address. Contest ends at 11:59pm US Eastern Time on Thursday, January 19, 2012. Void where prohibited by law. No purchase necessary. You must be 18 years old or older to enter.