Published:
I have not vlogged about the new releases I've picked up in eons it seems. This vlog covers books from May 31, June 1, and June 7, 2011. I also reveal my pick for Book of the Month as well as who is visiting The Qwillery on Friday. Thanks for watching!

(Sorry for the glare on my eyeglasses. I had to vlog from a different location today.)
Source: qwillery.blogspot.com
2 Comments+ Sharelabels (4)Flag
AllNRTVbooksnew releasesvlog

Published:
So many books! I picked up quite a few books between the releases on the 1st and the 2nd.

Come back tomorrow for an interview with Zoë Archer and a giveaway.
Source: qwillery.blogspot.com
2 Comments+ Sharelabels (4)Flag
AllNRTVbooksnew releasesvlog

Published:
I picked up quite a few books today, which you will see in the vlog, of course. I have a micro mini rant at one point.

Published:
I only picked up 8 Mass Market paperbacks today, which you will see in the vlog.

On October 13, I'm going to announce via vlog all the special giveaways for this blogversary month and show you all the fun goodies that you will have a chance to win.... so stay tuned.

Published:
One of the bookstores that I shop at treated me to coffee and cake this morning! I felt special. Apparently it was because I buy a lot of books. Sadly the other bookstore I shop at lost its shelver on Sunday. She has retired, and there are no plans to replace her. I will be visiting that store later in the day on Tuesdays from now on. That way the staff won't have to spend so much time in the back looking for books for me.


The books that I wanted but was unable to get at either bookstore I frequent: 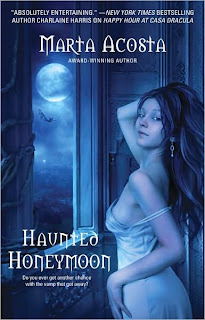 THERE’S MORE THAN HER HEART AT STAKE. . . .As the only human to survive vampire infection, Milagro de Los Santos has become quite a celebrity among the blood-drinking elite. Too bad the perks of her condition—increased strength, super-fast healing—don’t pay her condo fees. There are other complications too. She’s feeling guilty about her fling with enigmatic Vampire Council member Ian Ducharme, and pining for her ex-fiancé, Dr. Oswald Grant . . . the fabulous man whose kiss changed her life. It’s when Milagro—irked by Ian’s attentions to his neighbor—travels to London and enjoys a sexy flirtation of her own, that the blood really hits the fan. Suddenly, those around her are dying gruesome deaths and Milagro’s being interrogated. Who would kill to set her up as a murder suspect? Milagro just wants to turn back the clock and have another chance to make things right, but no sooner has she escaped to Oswald’s ranch than an accident obliterates her memory. Will the murderer come after her now? And will amnesia spark a romantic do-over with Oswald—or will she make all the same mistakes before she ever gets to say "I do"? 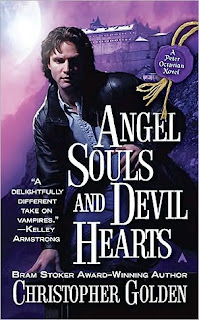 Published:
I picked up 3 anthologies today.

Published:
Happy National Buy A Book Day! There were quite a few releases on my TBB list today, which are now in my TBR.

Published:
So many books today! Take a look:


Thank you for watching!

Some book trailers to go with the books. The Born To Bite trailer is my favorite!

The Native Star by M.K. Hobson (Thank you to InkGypsy for pointing out this video.)

Born to Bite by Lynsay Sands

Published:
Lots and lots of books this week from both the August 1st and August 3rd releases!