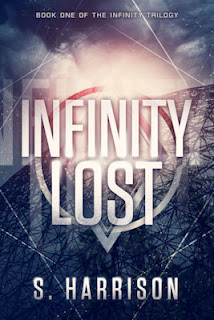 S.H.:  Coming from a song writing and copy-writing background I've always been keenly interested in words, but I didn't start thinking seriously about writing a novel until about three years ago. The reason was simple, I just wanted to see if I could. My first attempt was terrible. It was the story of a futuristic alcoholic detective. I buried that one deep in a file somewhere and gave up until six months later when the idea for Infinity Lost began forming. I jotted down notes and eventually shaped the idea into a reasonable concept. Eight months of tapping away later and I had a book.

TQ:  Are you a plotter, pantser or a hybrid?

S.H.:  Undoubtedly both, I'm a plotser. I'll plan out definitive markers along a story path then fill in everything that needs to happen in between. I think of my writing process as a kind of reverse decomposition where I connect the bones into a skeleton then begin pasting the flesh onto it until it comes to life and can walk in the right direction. Sometimes it can start to wander off the path and I have to prod it back on track, but hopefully at the end you have something that can stand on its own.

S.H.:  The self-discipline is the hardest. Normal life, whether it be at home, school or work is generally about doing what others expect of you. Your Mom or Dad or teacher or boss make your responsibilities clear and sometimes I miss the drive those expectations can provide. But when you're a writer you only have yourself telling you what you should do, and it can be all too easy to fall into the trap of letting yourself off when you fail to hit a word count one day or when you talk yourself into just relaxing on a weekend when you really know you shouldn't.

S.H.:  My favourite book is "Perfume" by Patrick Suskind. I love the way he describes things and sometimes I try to emulate him, except that where he described smells in vivid detail, I describe the gory deaths of my characters at the hands of heavily armed machines.

S.H.:  Haha OK, how about this? "In a future world an extraordinary girl fights to survive inside a shape-shifting labyrinth of cyber ghosts and killer robots." I'd want to read that!

TQ:  Tell us something about Infinity Lost that is not found in the book description.

S.H.:  One of my favorite things about Infinity Lost is the friendship between the protagonist Finn and her schoolmate Bettina. They're very different characters and they argue and disagree, but they're bound by an unshakable loyalty to each other. Finn is our heroine but Bettina is every bit as heroic as Finn is. To me there are two main characters, two friends that go hand in hand head long into danger, each one needing the other and neither able to survive without the other at their side.

TQ:  What inspired you to write Infinity Lost? What appeals to you about writing Science Fiction?

S.H.:  My inspiration comes from a life of absorbing pop culture and science fiction is a wide genre that can allow me to be a world creator. But if I had to pick a moment when a kernel of thought eventually sprouted into the idea for Infinity Lost it would have to be when my wife bought me "Tales of the Unexpected" by Roald Dahl. She knew I was a big fan and I hadn't read any of his work since school. Anyway, that book lead me to revisit his other classics and one day I thought-what if Charlie and those other kids never made it out of the Chocolate factory alive? Of course there's a lot more to Infinity Lost than just that one notion but that was an inspirational moment for sure.

TQ:  What sort of research did you do for Infinity Lost?

S.H.:  I find it funny that a few reviewers have mentioned that they found some of the technology in Infinity Lost to be a little far fetched, when really everything in this book and the subsequent books in the trilogy are merely future conclusions based on technology that exists today. Artificial intelligence, 3-D printed food and organs, self-driving vehicles, thought recorders, memory implantation, information coded on synthetic DNA and even the quantum grain technology, which is modeled on work currently being conducted in the field of molecular manipulation. All these things are real, albeit in their very early stages of development. I'm fascinated by advancements in technology so I researched some of the cutting edge stuff and imagined what it might be like in the world of tomorrow when it's perfected and becomes common place.

S.H.:  The easiest has to be Brody because he's not very bright. The hardest? Bettina, for the opposite reason, because she's smarter than I am.

TQ:  Which question about Infinity Lost do you wish someone would ask? Ask it and answer it!

S.H.:  A reviewer from North Dakota has actually already asked it! The protagonist is a 17 year old girl. How do you write from a teenaged girl's perspective? The short answer is that I don't. The way I see it, when most girls or women have a conversation or react to something, they have the ability to use the full spectrum of their feelings to guide their words, opinions and actions. Guys are completely capable of doing this too but most of us tend to keep many of our emotions contained, often refusing to share what we really feel for the sake of avoiding being judged by others, being excluded from a group or getting beaten up someone bigger than us. Underneath, (sometimes very deep under for some), all people have access to the same emotions, so while it may seem that I'm writing from a teenaged girl's perspective, I'm actually not. I just cracked through the ice of my stubborn male ego and wrote from a human perspective using all the resources available to me, which I think resulted in a fairly accurate depiction of how I imagine Finn Blackstone to be.

S.H.:  First and foremost I wanted to tell an interesting and entertaining story and not get too bogged down with trying to make any heavy-handed social or political statements. That said, Infinity Lost does address the topic of the implications involved with the dehumanizing aspects of technology. What would a world of utter reliance on one corporation be like? The answer is, probably not the utopia you wanted.

S.H.:  Honestly, I'm not sure what's next. I'll have to sit down and look through my stack of notebooks to see if any of my old scribbled down ideas hold water. But one thing is for sure, there are always stories brewing in the corners of my mind and it's just a matter of time before the right one makes itself known. 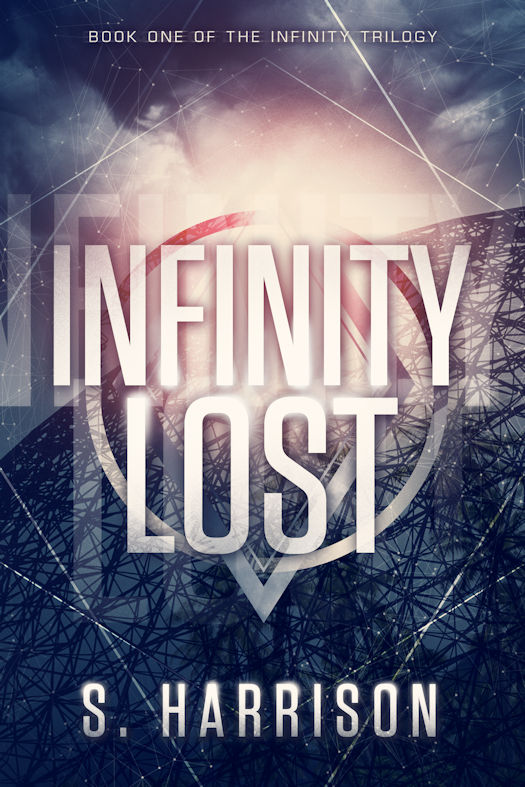 In the near future, one corporation, Blackstone Technologies, has changed the world: no disasters, no poverty, and life-altering technology. Blackstone has the impunity to destroy—or create—as it sees fit.

Infinity “Finn” Blackstone is the seventeen-year-old daughter of Blackstone’s reclusive CEO—but she’s never even met him. When disturbing dreams about a past she doesn’t remember begin to torment her, Finn knows there’s only one person who can provide answers: her father.

After Finn and an elite group of peers are invited to Blackstone’s top-secret HQ, Finn realizes she may have a chance to confront her father. But when a highly sophisticated company AI morphs into a killing machine, the trip descends into chaos. Trapped inside shape-shifting walls, Finn and her friends are at the mercy of an all-seeing intelligence that will destroy everything to get to her.

With no hope of help, Finn’s dream-memories may be the only chance of survival. But will she remember in time to save her own life and the lives of those around her? 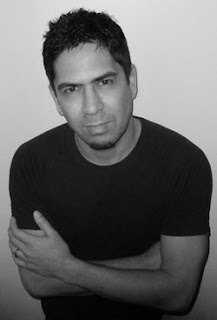 S. Harrison is from New Zealand, where he often indulges in his love of watching superhero movies and art house films. He frequently escapes to some of the many islands of the South Pacific to focus on his writing. He is the author of Infinity Lost, Infinity Rises, and Infinity Reborn, books one, two and three of the Infinity Trilogy.