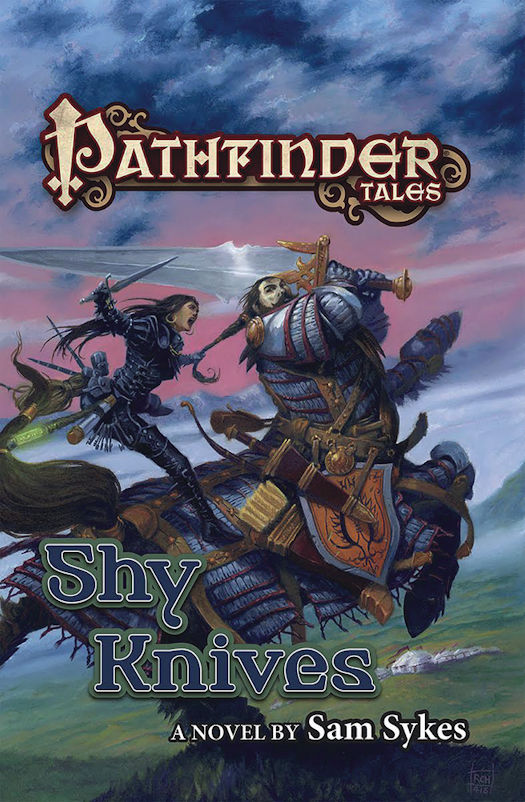 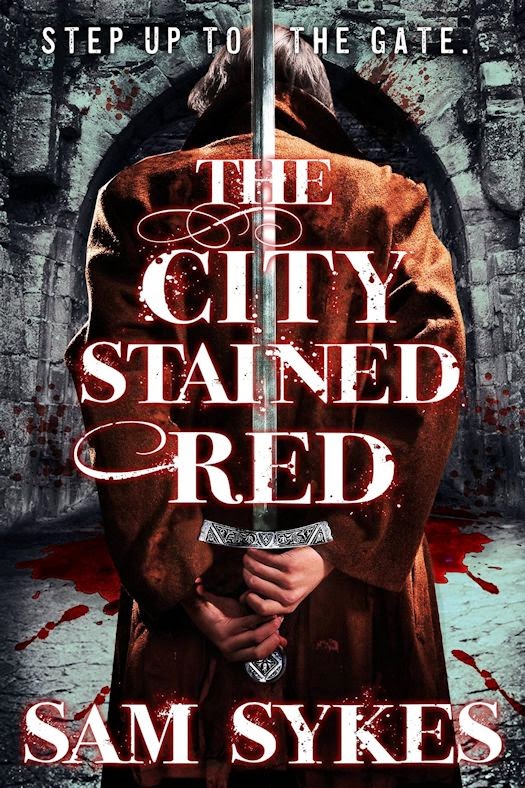 STEP UP TO THE GATES

After years in the wilds, Lenk and his companions have come to the city that serves as the world's beating heart.

The great charnel house where men die surer than any wilderness.
They've come to claim payment for creatures slain, blood spilled at the behest of a powerful holy man.

And Lenk has come to lay down his sword for good.
But this is no place to escape demons.

For those of you old enough or deep enough in the nerd culture to remember the old Dungeons & Dragons cartoon The City Stained Red was for me was like eating a delicious brownie while having flashbacks to this show. You join the typical cast of adventurers including the beleaguered swordsman leader, thief, priestess, wizard, dragonman, and schict (elf type). The divergence from what you expect starts when the band is set on retiring from the business of adventuring in the city of Cier’Djaal. As usual, or so you are led to believe, for this intrepid group, things do not go quite as planned. Stepping into a city on the brink of all-out war just looking for their last payout they are pushed from one emergency to another.

Sykes has a Whedonesque dialogue for his characters that manages to stay fresh and distinct and handles the hand-off from one character to the next in a seamless way. The plotting and pace of the story manages to balance character development with action. I am not used to feeling so strongly about the fate of characters in a series before even finishing the first book, but I found myself needing to finish the book the day I started it and left me feeling a little worn out for all the ups and downs. At the end I had to ask myself how I felt about the roller-coaster. I do feel that it was well-developed and intentional and while this makes me want to trip the author should I see him walking down the street* I also have to give him credit for having done this so successfully for a genre and cast that often do little more than battle the monster of the week.

Now that I’ve gushed like a little fan boy over this book, I’ll admit that no book is without room for improvement. While Sykes manages to humanize the cast of characters and provide them an identifiable depth he does tread a little heavy on some writing tendencies early in the book to let you know we are in a medieval equivalent culture. These were, in my opinion, very forgivable and I am on board for the next in the series.


*No authors have been or will be harmed in the making of this review.
Source: qwillery.blogspot.com
0 Comments+ Sharelabels (6)Flag
AllBook ReviewsBrandonOrbitSam SykesThe City Stained Redreview