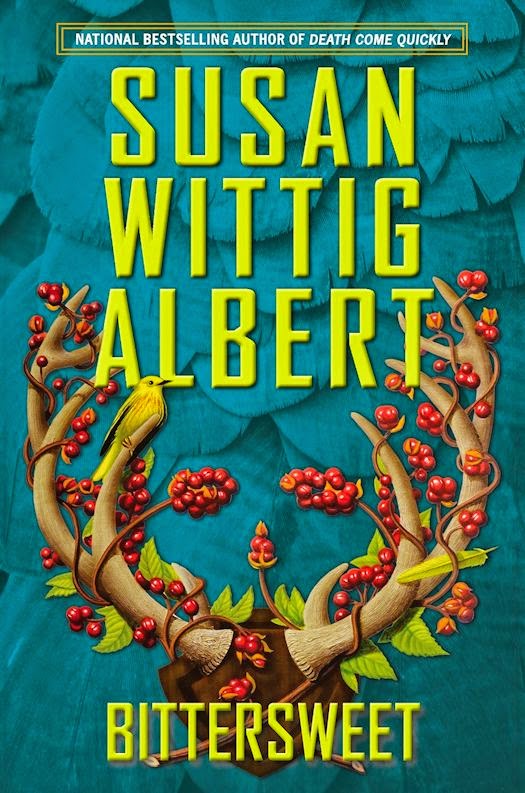 This Thanksgiving, be grateful for China Bayles—who teams up with an old friend to solve a complex case of theft and murder in a South Texas ranching community…

It’s Thanksgiving in Pecan Springs, and China is planning to visit her mother, Leatha, and her mother’s husband, Sam, who are enthusiastically embarking on a new enterprise—turning their former game ranch into a vacation retreat for birders. She’s also looking forward to catching up with her friend, game warden Mackenzie “Mack” Chambers, who was recently transferred to the area. But Leatha calls with bad news: Sam has had a heart attack.

How will Leatha manage if Sam can’t carry his share? She does have a helper, Sue Ellen Krause. But China discovers that Sue Ellen, who is in the process of leaving her marriage to the assistant foreman at a large trophy game ranch, is in some serious trouble. Before Sue Ellen can tell China the full story, her car veers off a deserted road and she is killed.

Meanwhile, when a local veterinarian is shot in what appears to be a burglary at his clinic, Mack Chambers believes his murder could be related to fawns stolen from a nearby ranch. As Mack follows the trail, China begins to wonder if Sue Ellen’s death may not have been an accident, and if there’s a connection to the stolen animals. But their search for the truth may put their own lives in danger…

The 23rd installment of Susan Wittig Albert’s China Bayles Mystery Series is entitled Bittersweet. This time around, China is spending time with her mother, Leatha, as they get ready for Thanksgiving, the eminent opening of Leatha and her husband Sam’s bird sanctuary, and deal with the aftermath of Sam’s recent heart attack. We also meet Mackenzie “Mack” Chambers, a female game warden who recently moved to the area near Leatha’s home, the town called Utopia. While Utopia may seem idyllic on the surface, a series of events unfolds that lead to three untimely deaths. China and Mack team up to catch a killer and find the connection between the murders and the theft of valuable fawns from an area game ranch.

The story is told through the eyes of both China and Mack, in alternating chapters. This is a style that Wittig Albert has chosen a few times before in the series that works very well by giving the reader two distinct but complementary voices and viewpoints. China is a well established character who can still surprise. She is beginning to worry about her mother in ways she never has before, and discovers a deep seated guilt about her relationship with Leatha that she hasn’t really explored in the past. Leatha has been a present but distant part of China’s life for the duration of the series, but shows vulnerability that makes her all the more endearing in this story. The complex relationship between mother and daughter is expertly executed within the mystery.

Although Mack is a new character, her back-story shows that she lived in Pecan Springs, the town where China lives and works, prior to her recent divorce. Mack is struggling to make her place in a male dominated profession, as she also tries to heal from the betrayal that lead to her divorce. There are two men that enter the picture that are romantic prospects for Mack, city transplant Derek, who is handsome and polished, and sheriff deputy, Ethan, who is hunky and earthy. Other key characters are Sue Ellen, whom Leatha has just hired to help her with the work of opening the inn and nature preserve, and Doc Masters, the crusty but good-hearted local veterinarian. We also see a few familiar faces in Amy, who plays a pivotal role in solving the murders, and is the animal activist daughter of China’s best friend and business partner, Ruby Wilcox, and Caitie, China’s adopted daughter/niece, who is just as precocious and adorable as ever. Ruby does make a brief appearance, as do China’s husband and step-son, but the action of the story takes place away from Pecan Springs, so their involvement is smaller than usual.

Wittig Albert’s writing is always enjoyable and she manages to keep this long running series fresh by interspersing relevant social or political topics into the plot, along with adding new and interesting characters. She has created and enchanting world, that is inhabited by diverse people and complex interpersonal relationships. Her characters are three dimensional and their interactions with one another are authentic and relatable. As is generally the case in a China Bayles Mystery, the murders are not always the main focus of the book, but the mystery is well drawn and plausible, having a satisfying ending after a couple of twists, as in all the books in the series. The real charm, though, lies with the people we get to meet in the course of the mystery. Mack is someone I would love to see more of in China’s world. She has a vibrant personality and the book leaves a few loose ends in her story that just beg to be explored, either in subsequent China Bayles books, or even in her own spinoff series. I would love to learn more about her, the town of Utopia, and its inhabitants.
Source: qwillery.blogspot.com
0 Comments+ Sharelabels (7)Flag
AllBerkleyBittersweetBook ReviewsChina BaylesJenniferSusan Wittig Albertreview 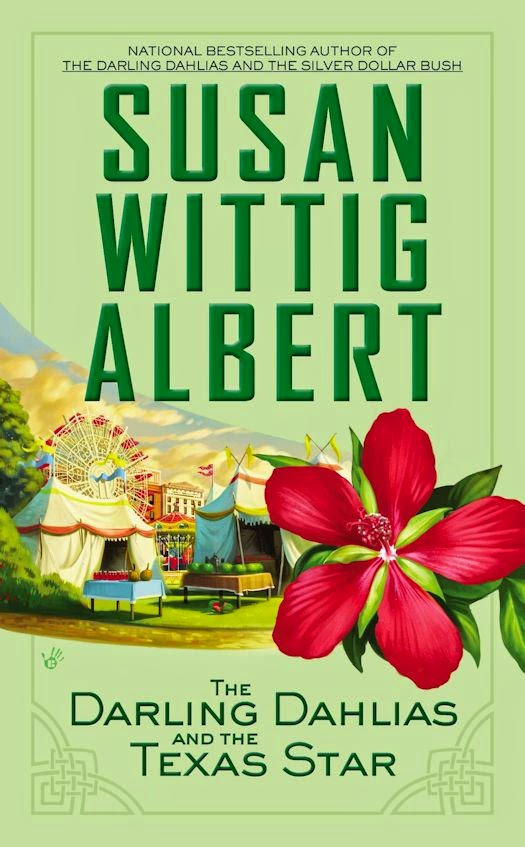