The Qwillery | category: The Detainee Trilogy 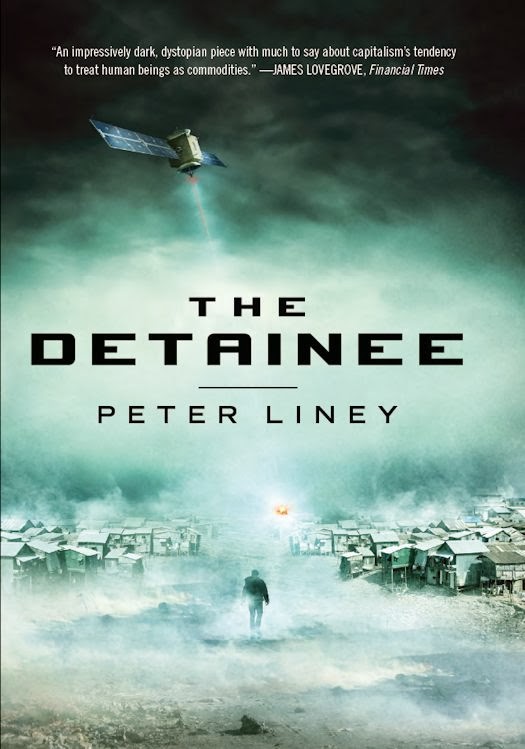 Interview with Peter Liney, author of The Detainee - March 11, 2014

Published:
Please welcome Peter Liney to The Qwillery as part of the 2014 Debut Author Challenge Interviews. The Detainee is published today in North America by Jo Fletcher Books. Please join The Qwillery in wishing Peter a Happy Publication Day. 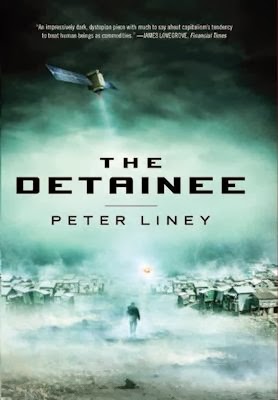 Peter:  Thank you so much.

That's an easy one. I started when I was at school and never really stopped. I remember my old English teacher reading out my pre-Spielberg epic about an unusually hot summer, a T Rex frozen in an underground pocket of ice, and the village bus - I think you can guess the rest? His verdict was: 'Absolute rubbish, Liney, but very well-written.'

TQ:  What is the most challenging thing for you about writing? Are you a plotter or a pantser?

Peter:  The most challenging thing, I think, is letting go; realising you have to stop preening and polishing and let your child fly the nest - no matter who's waiting to swoop.

I guess I'm a loose plotter. I usually know where I'm going, but not always sure how I'll get there. If I plot too rigidly, I get bored, but if I don't plot at all, there's a danger I'll end up with a novel I love, but nobody else does.

Peter:  Not easy. I'm influenced by all manner of people and events, and often don't realise it at the time. Newspapers and the Internet frequently inspire me - weird and whacky real-life tales. Gravestones, believe it or not, often have a story to suggest. It's a bit like those plants that leave burrs on you, given time to mature, there's the seed of something. As for my favourite authors: they veer wildly from such people as Thomas Hardy (Wessex is my part of the world) to Haruki Murakami - to name but two. Probably depends on my mood. Actually, it would easier for me to cite favorite books rather than favourite authors, I tend to work more that way (since you ask, and off the top of my head: Perfume by Patrick Susskind, Dog Boy by Eva Hornung, Blindness by Jose Saramago - I could go on ... and on … and … ).

TQ:  Describe The Detainee in 140 characters or less.

Peter:  Held captive, terrorized and hunted on Garbage Island along with the rest of society’s waste, Clancy discovers someone to help him fight back.

TQ:  Tell us something about The Detainee that is not in the book description.

Peter:  I think it's surprisingly uplifting. It must've been at least the sixth rewrite before I was able to get through the ending without having a tear or two.

TQ:  What inspired you to write The Detainee? Why did you choose to write a dystopian novel?

Peter:  A fear of the future in the present - how is a rapidly diminishing working population going to support an even faster growing elderly one? No politician has answered that question to my satisfaction. I was also motivated by the fact that I live in, what I believe is, the most watched country in the world: not North Korea, China, Russia whatever - but good old UK.

A dystopian novel because it lends itself to asking that golden question, 'What if……?'

TQ:  What sort of research did you do for The Detainee?

Peter:  All manner of things, a lot of it to do with landfills: what they smell like, the gasses that would form, how volatile they'd be. I also spent some time reading about civil wars in Africa - which is as close as I'm going to get to a spoiler in this interview.

TQ:  Have you found that writing for television and radio has influenced how you wrote The Detainee?

Peter:  I think I see things very visually. A friend of mine once said, 'You don't write books, you write films in a book form'. I think she might've had a point, and certainly it's been mentioned many times. Television, a need to keep to that exact time slot, teaches you to 'kill your babies' - terrible expression.

Peter:  The easiest character was Clancy, because he's a twisted version of me, or perhaps the me I could never be. The most difficult was unquestionably Lena; the way she's had to adapt to her circumstances, I didn't want to make her into some kind of super hero, but she does have to have almost unique gifts. 'Ethically ambiguous' - would have to be Dr Simon, though actually, there's someone who makes a fleeting appearance in The Detainee who becomes a main character in the rest of the trilogy - it would be her.

TQ:  Give us one of your favorite lines from The Detainee.

Peter:  Mm. The very first line is quite an attention grabber: 'There's a scream inside us all we save for death.' Or what about, 'If you ever want to find out who your real friends are, try coming back from the dead sometime'. I also like, 'I was Vesuvius with muscle to burn'. But if I may say so, there are lots.

Peter:  I'm just finishing the edit of book 2, Into the Fire, which will be out in the UK in July, and North America next year. I'm also halfway through the first draft of Book 3 (as yet untitled) which will be out in July 2015 (again in the UK). I'm also crossing my fingers there might be a film version of The Detainee - who knows, maybe even the whole series?

Peter:  Have we finished? … It truly was my pleasure. 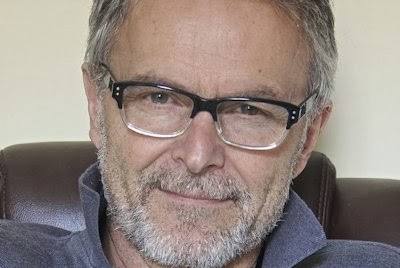 Peter Liney was born in, what Thomas Hardy called, 'Melchester', Wiltshire, UK, though he has spent a good deal of his life travelling, with Australia and Thailand acting as his second home for ten and two years respectively. His list of occupations is embarrassingly long, everything from teaching English to Italian football managers and Japanese pop stars to acting, selling sewing machines in the Australian Outback, and two days as a trainee stuntman (he gave up, thought it was far too dangerous). He loves photography, music - both listening to and playing, and is a great movie lover. Which is possibly why he has been accused of not writing books at all, but 'movies in a book form'.

If he wasn't a writer, he would've loved to have been an opera singer, so we should all be grateful for his writing success.