The Qwillery | category: The Raft

Interview with Fred Strydom, author of The Raft

Published:
Please welcome Fred Strydom to The Qwillery as part of the 2016 Debut Author Challenge Interviews. The Raft was published on May 3, 2016 by Talos. 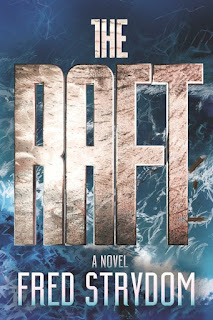 Fred:  Firstly, thanks so much for having me. I suppose I began writing just around the time I began reading. As has always been the case, I only write the stories I wish I could read. Whilst pouring through book after book at my local library, I’d usually come back home and get started on some story I wished I’d been able to find on a shelf. Looking back, I did spend a lot of my youth emulating other authors, working out their various tricks, repackaging the bits ‘n pieces that gripped me most, before finally being able to find my own voice in the later years.

Fred:  A hybrid, I’d say. I go in with a certain idea of how I’d like the book to feel, rather than how I’d like the plot to play out, and give myself a lot of room. I also believe if you don’t surprise yourself as a writer, you’re less likely to surprise anyone else.

Fred:  I’d say the toughest thing is maintaining a consistent voice throughout a project that can last as long as three years to pull together. When you’re young, you’re constantly going through the process of trying to define and redefine your own identity. The things that interested you three years ago aren’t necessarily the same things that interest you today, so it’s all about figuring out how stay on track from an intellectual and emotional standpoint. A reader reads a book in only a few days, so a story that potentially took three years to put together needs to be coherent in terms of theme, tone and approach. The older I get, however, and the more certain I become of who I am, the easier that becomes.

TQ:  What has influenced / influences your writing? How has working as a television writer affected or not your novel writing?

Fred:  I’ve had so many influences over the years. As a kid, it was all about The Hardy Boys and Roald Dahl. As a teen, it was the hi-tech thrillers popularised by authors like Robin Cook and Michael Crichton. As an adult, I’ve dabbled in far more science and anthropological non-fiction, but for escapist fiction, I’ve certainly learned a thing or two from, amongst many others, Haruki Murakami, David Mitchell, Jonathan Carroll, Thomas Ligotti and Gabriel Garcia Marquez. As for writing for television, it’s taught me to be concise with my prose. In television, there are time limits and deadlines, and you need to pack your punches in only a few lines. It’s also taught me to hop from character to character and tone to tone at the drop of a dime, which has been very useful.

TQ:  Describe The Raft in 140 characters or less.

Fred:  A man searches for his son across a world in which every person on earth has lost their memory.

TQ:  Tell us something about The Raft that is not found in the book description.

Fred:  The Raft, a story about people attempting the reconstruct their own identities from scratch, deliberately repackages a number of familiar fairy-tale tropes (Red Riding Hood, Rapunzel in the tower, Pinocchio) as a means of juxtaposing futuristic concepts and elements (related to where we’re potentially heading) with archetypal campfire folklore and mythologies (related to where we’ve come from).

TQ:  What inspired you to write The Raft? What appeals to you about writing dystopian science fiction?

Fred:  The Raft began as nothing more than a single image, that of a man strapped to a raft and drifting aimlessly across the ocean. That was it. All I knew at the time was that this stubborn image wasn’t your run-of-the-mill plane crash survival story; there was something profoundly Sisyphean about him being out there, at the whim of the elements and powerless to control his own fate. I also don’t believe in ideas as a succession of light bulbs. An idea has tentacles, grappling for any surface it can find to pull itself up. As for the label of dystopian, the truth is that I have no specific interest in it as a genre. I didn’t really set out to write a “dystopian” novel at all. In this case, it just so happened to work for the type of story I wanted to tell. More importantly, I’m not entirely convinced it is an entirely dystopian novel. In some ways, depending on where you are in the world, we already live in a sort of dystopia. Therefore, the question about whether or not the loss of our memories (and thus abolishing our constructs of self and society) is dystopian or utopian, remains an open-ended one.

TQ:  What sort of research did you do for The Raft?

Fred:  I get bogged down by research. I am in awe of the kinds of research that goes into historical fiction and hi-tech fiction, but I don’t think I’m built for all of that. That said, I did do a bit of research for the ten percent of tech elements in the novel, as well as browsed through internet texts related to various current and archaic philosophies and religious movements.

Fred:  My main character, Kayle, was possible the easiest, which was possibly why I selected him as the primary perspective. Kayle is well-intentioned and just a little lost, and his journey from non-identity to full identity was also one that allowed me to create him gradually and organically from scratch. He’s not a complete, fully-fleshed out character from page one, so I didn’t need to know who he was before I sat down to write him. The hardest was probably Anubis, only because I needed to evoke a sense sympathy for a snarky, self-important character that often reminded me of the worst aspects of myself.

Fred:  I didn’t really set out to right a “message” story. However, since our relationships to the often overbearing social issues of our reality are such a key part of who we each turn out to be, I think I’d find it difficult to create convincing characters and plot hurdles without somehow addressing my own latent and not-so-latent hopes and concerns for the world as it is. The fact that many have said my novel addresses numerous social issues is more of a reflection of myself and my world than of the (hopefully) entertaining yarn I set out to write.

TQ:  Which question about The Raft do you wish someone would ask? Ask it and answer it!

“How has being a South African influenced the way in which you’ve told this globe-hopping, science fiction story?”

There is a nowhere on earth quite like South Africa. It’s a country of contrasts, a hodge-podge of extreme highs and extreme lows. It is also a country in transition. A place that is still finding out how (as a country with eleven official languages and with a very dark and only recently abolished Apartheid past) it’s supposed to go forward and forge a single, national identity. In many ways, even though I did not set out to write a political story, the themes of segregation and identity reconstruction have certainly served as a strong backbone to the text. The book also doesn’t purport to have any solutions to our ongoing struggle for a collective identity, but rather re-enforces the capacity and the right each of us has to constantly question ourselves and our roles in the world. The Raft suggests that by maintaining a probing nature, by accepting nothing at face value, we may receive the answers to questions we haven’t thought, or even yet dared ourselves, to ask. Also, The Raft is a story about the importance of storytelling itself, which I believe to be the key to creating empathy between different people with different backgrounds.

TQ:  Give us one or two of your favorite non-spoilery quotes from The Raft.

“Memories are their own strange creatures, flitting between the tall trees of our experiences, inviting us to enter the dark and uncharted woods of our lives, promising nothing.”

Fred:  I’ve just completed my second novel, a twisty homage to Alfred Hitchcock and David Lynch entitled “The Inside Out Man”. No sci-fi dystopia in sight! It’s just been picked up and you’ll be hearing all about it sometime next year.

Fred:  And much thanks to you for some really great questions. Cheers. 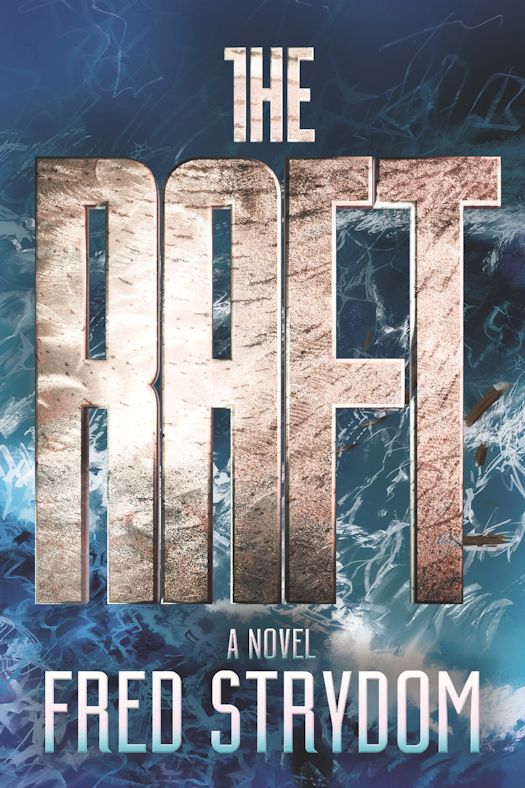 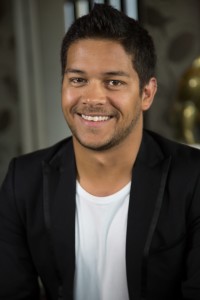 Fred Strydom studied film and media at the University of Cape Town. He has taught English in South Korea and has published a number of short stories. He currently works as a television writer and producer in Johannesburg, where he lives with his wife, three dogs, cat, and horse. The Raft is his first novel.