The Qwillery | category: The Thorn and the Blossom

Published:
Please welcome Theodora Goss to The Qwillery. The Thorn and the Blossom was published by Quirk Books on January 17, 2012.

Theodora:  I'm not sure this is a quirk, but I tend to use very specific things to write: notebooks from Bob Slate Stationer in Harvard Square, specific kinds of pens. I also use a word processing program that almost no one uses anymore: Word Perfect. But it does exactly what I want it to. Wait -- I tend to think of things to write in the shower, and then sometimes I have to run and get a notebook and pen, wrapped in a towel, with dripping hair. I don't know if that's quirky. It's certainly messy!

Theodora:  I tend to be both. I'll usually have a sense of where the plot is going, and if a plot is intricate, I'll need to write it out. But often, I just sit there and sort of go. I let the story and the characters guide me. Of course, that often means I have to go back and revise, so plotting ahead of time is probably more efficient. But it really depends on where I am in the story, and where the story is going. If it is going -- if my hand keeps moving across the page (I write first drafts longhand) -- I don't stop to plot things out. When I can't write anymore, when the details are too tangled in my head, that's when I need to stop and untangle the plot.

Theodora:  Finding the time! I teach writing and literature at Boston University, and until recently I was also finishing a PhD in English literature. So I have to fit writing in where I can. Often I'll write at night or on the weekends, when everything is quiet and no one can disturb me. I need that intense focus . . .

TQ:  What inspired you to write The Thorn and the Blossom?

Theodora:  The initial inspiration came from my editor, Stephen Segal, who asked me to write a book in an accordion format. I was so intrigued by the idea that I started working on it right away. I knew it had to be a love story -- that's the sort of story in which seeing events from two different perspectives matters the most. And Brendan and Evelyn came to me shortly after that. Once I had the characters, they started talking to me, telling me their stories -- that's the way it usually happens. The format inspired me, and the story of the Green Knight, the mythical background of the story, inspired me. But finally, it was the characters and the story they had to tell.

TQ:  Without giving anything away, what is/are your favorite scene(s) in The Thorn and the Blossom?

Theodora:  I like the scene in the forest! That's *one* of my favorite scenes, at any rate, and it was actually the first one I wrote, part of the proposal I sent my editor. It was interesting writing it twice, from two different perspectives, because Brendan and Evelyn experience it in very different ways. And they have different emotional reactions to it.

TQ:  In The Thorn and the Blossom, who was the most difficult character to write and why? The easiest and why?

Theodora:  Brendan was easier to write, but I'm not sure why. Perhaps because he's more reasonable, more sensible, at least for most of the story. Evelyn is more complicated in some ways -- she's more damaged, for one thing. More afraid. I remember my editor telling me that she needed to be more sympathetic. And we did work on that, but in the end, I wanted her to be herself, whether she was sympathetic or not. I wanted her to be Evelyn.

Theodora:  I always seem to have stories coming out. In 2012, I have a story called "Woola's Song" coming out in Under the Moons of Mars, an anthology of stories about Edgar Rice Burroughs' world of Barsoom. "Lessons with Miss Gray" will be in an anthology called Witches: Wicked, Wild and Wonderful, "The Mad Scientist's Daughter" will be in The Mad Scientist's Guide to World Domination, and "Beautiful Boys" will be in Asimov's Science Fiction Magazine. I'm also working on a poetry collection that will probably come out next summer. The big project now is a novel based on "The Mad Scientist's Daughter" about the daughters of all the mad scientists: Justine Frankenstein, Beatrice Rappaccini, Catherine Moreau, Mary Jekyll, and Diana Hyde. They get together in London and form a club!

Theodora:  Thank you! It's been a pleasure.


About The Thorn and the Blossom 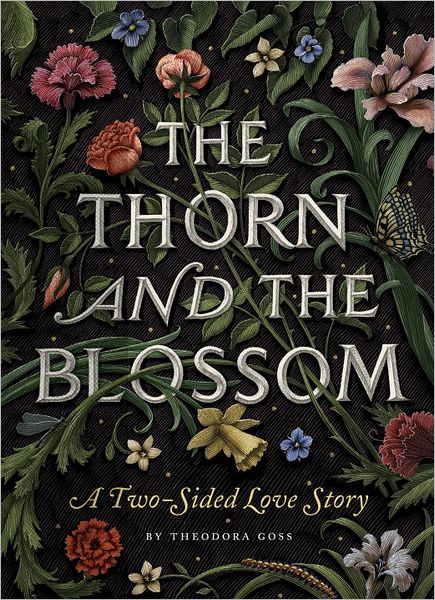 When Evelyn Morgan walked into the village bookstore, she didn’t know she would meet the love of her life. When Brendan Thorne handed her a medieval romance, he didn’t know it would change the course of his future. It was almost as if they were the cursed lovers in the old book itself...

The Thorn and the Blossom is a remarkable literary artifact: You can open the book in either direction to decide whether you’ll first read Brendan’s, or Evelyn’s account of the mysterious love affair. Choose a side, read it like a regular novel—and when you get to the end, you’ll find yourself at a whole new beginning.

Read The Qwillery's 5 Qwill review of The Thorn and the Blossom here. 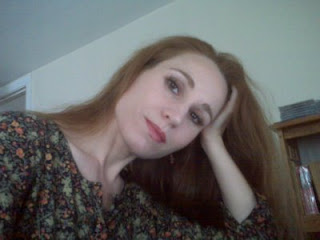 Theodora Goss was born in Hungary and spent her childhood in various European countries before her family moved to the United States. Although she grew up on the classics of English literature, her writing has been influenced by an Eastern European literary tradition in which the boundaries between realism and the fantastic are often ambiguous. Her publications include the short story collection In the Forest of Forgetting (2006); Interfictions (2007), a short story anthology coedited with Delia Sherman; and Voices from Fairyland (2008), a poetry anthology with critical essays and a selection of her own poems. She has been a finalist for the Nebula, Locus, Crawford, and Mythopoeic Awards, as well as on the Tiptree Award Honor List, and has won the World Fantasy and Rhysling Awards.

What:  One commenter will win a copy of The Thorn and the Blossom from Quirk Books. US/Canada Only.

Which unresolved love story or stories would you like to see have a happy ending(s)?
Please remember - if you don't answer the question your entry will not be counted.

Who and When:  The contest is open to all humans on the planet earth with a US or Canadian mailing address. Contest ends at 11:59pm US Eastern Time on Tuesday, January 31, 2012. Void where prohibited by law. No purchase necessary. You must be 18 years old or older to enter.

Release Day Review - The Thorn and the Blossom - 5 Qwills

When Evelyn Morgan walked into the village bookstore, she didn’t know she would meet the love of her life. When Brendan Thorne handed her a medieval romance, he didn’t know it would change the course of his future. It was almost as if they were the cursed lovers in the old book itself...

The Thorn and the Blossom is a remarkable literary artifact: You can open the book in either direction to decide whether you’ll first read Brendan’s, or Evelyn’s account of the mysterious love affair. Choose a side, read it like a regular novel—and when you get to the end, you’ll find yourself at a whole new beginning.

The Thorn and the Blossom is a remarkable book both for its physical structure and the story within.  It comes in a slip-case with a beautiful floral illustration by Scott McKowen. The book itself is an accordion-fold book - the pages are folded much like an accordion bellows and can fold out into one long banner (so don't drop the book). The story is printed on both sides of the pages. One side is Evelyn's account, the other is Brendan's.  I chose to start from Evelyn's side of the book and am still wondering if that has influenced my view of the events that unfold.

The Thorn and the Blossom is a very quick read weighing in at only 82 pages, but it really is amazing how much Theodora Goss packs into those pages. The story spans many years of Evelyn's and Brendan's lives. We see them as university students meeting for the first time in a Cornish village, then as college professors of medieval studies. We learn about their childhoods. Central to the story unfolding for Evelyn and Brendan is a Green Man myth presented for the purposes of The Thorn and the Blossom as a Cornish legend of Gawan (from King Arthur's Court) and Elowen (a Cornish queen).  This legend infuses the story with a wonderful dreamlike quality as it interweaves with Evelyn's and Brendan's romance.

The Thorn and the Blossom is beautifully written, enchanting and gorgeous inside and out.  I suggest that you pick up the printed copy of this book to appreciate how special it is.

I give The Thorn and the Blossom 5 Qwills.