Published:
Here are the winners of the last 5 closed giveaways at The Qwillery. Check the Giveaways page to see which giveaways are still open.

And the winners are...

Signed copy of Blood of the Wicked by Karina Cooper 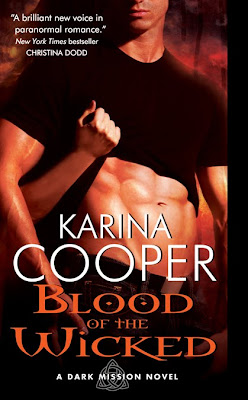 
Congrats on the release of your book. I can't wait to read it. I absolutely love your covers and this series sounds really good. Plus, I just love reading about witches.

I would definitely pick the witches. Witches rock.

Dead on the Delta by Stacey Jay 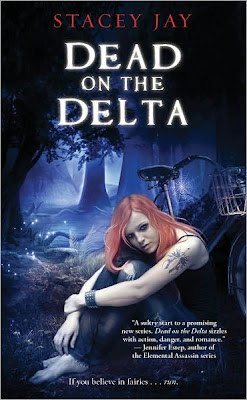 
I want a kelpie. Cute guy and a sweet ride! Bring him home to me ;)

Shadow Bound (Shadow 1), Shadow Fall (Shadow 2) and ARC of Shadowman (Shadow 3) by Erin Kellison (note that the ARC cover may be different) 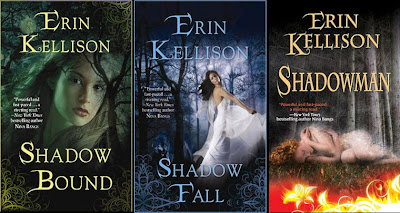 Lieder Madchen who said
Yay! Another Lois McMaster Bujold fan. :) I would love to see her books made into movies, especially the Vorkosigan saga and the Curse of Chalion. Recently i read Sherrilyn Kenyon's League novels and they were great, especially the newest one. For a great chick flick, I would like them to make a movie of the Reluctant Heiress by Eva Ibbotson. :) 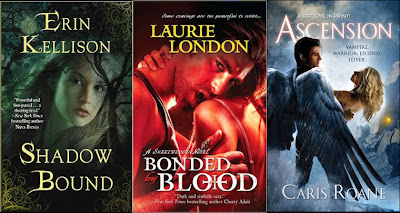 LadyVampire2u who said...
I think I would say in general, newbie vampires have a tough struggle. So do shifters to control that primal/predator side of their wild natures. But if I am picking a single character.... From a book I would say Ellysetta Baristani from C L Wilson's Tairen series. I admired how she fought against her dark side even as the darkness tried to presuade her by attacking her friends and even her family. 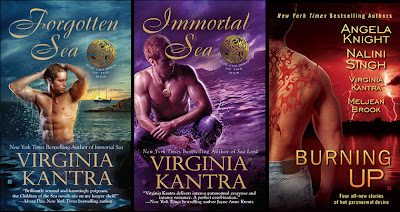 What settings work for me?

Any setting works for me. It's the story line and characters that keeps me intrigued.

Where are you going this summer?

We do alot of family camping, so we'll be camping at the beach and the country side. We like both, my daughter's like the beach more, LOL.

What books will I be taking along?

Oh my, I have SOOOO many different books and authors that I read...who ever's books are out at the time is what i'll be taking with. ;)

The winners have been notified and have until 11:59 PM US Eastern Time on Saturday, June 25, 2011 to claim their books or The Qwillery will very randomly choose a new winner or winners.
As usual... thank you to everyone who participated!
Source: qwillery.blogspot.com
4 Comments+ Sharelabels (7)Flag
AllErin KellisonKarina CooperLaurie LondonStacey JayVirginia Kantragiveawaywinner


“Summer lovin’ had me a blast. Summer lovin’, happened so fast...Summer heat, boy and girl meet, but uh-oh, those summer nights.”

Okay, my new release Forgotten Sea isn’t really based on the musical Grease.

But there’s something about summer at the beach—the crash of the waves, the caress of the sun, the tang of salt and the lure of a hot romance—that definitely provided inspiration for the Children of the Sea series. Who hasn't necked on a blanket on the sand or dreamed of strolling hand in hand along the water's edge?

There are folk tales up and down the British coast about the selkie, shape-shifters who take the form of seals in the ocean and cast off their pelts—get naked—to come ashore as beautiful men and women who have sex with humans. Which is a fabulous fantasy if you are a lonely sailor and a pretty unarguable explanation if you are an unmarried village maiden who can’t possibly name, say, the married butcher as the father of your baby.

It was that juxtaposition, that tension between land and sea, between the contemporary, pragmatic, mortal world we know and the timeless, sensual, magical world of the merfolk, that provided the inspiration for the Children of the Sea. Set off the coast of Maine, these books were inspired by the mystery and magic, the power and passion of the ocean. They’re based on the Celtic legends of the selkie and the finfolk,
immortal creatures of the sea living apart from humankind but able to shape-shift into seductive human form.

The tension is even higher in Forgotten Sea because for the first time the children of air are players in the story. Fallen angel Lara Rho is a Seeker—one called to rescue other lost children of air before they’re hunted down by the demonic children of fire. She thinks she’s found her latest charge in sailor Justin Miller. But Justin is no angel. He’s no ordinary mortal, either. He remembers nothing of his life before the day he was plucked from a shipwreck seven years ago. Lara’s fierce attraction to Justin and her determination to do the right thing pits her against her own kind and puts them one step ahead of the pursuing demons.

As Lara and Justin flee up the coast, they must work together to discover his true identity...before what they don't know kills them both. Their romance is fast and yes, it’s hot. I hope you’ll enjoy it!

Of course, the other wonderful thing about the books is that I not only get to read at the beach. I get to “research” there! What settings—real or imagined—work for you? Where are you going this summer? The sea? The mountains? What books are you taking along?

Looking forward to your comments! I’ll be giving away a copy of Forgotten Sea to somebody.


About the Children of the Sea Series 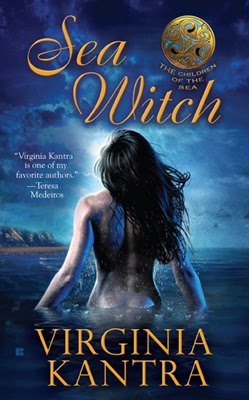 First in the new The Children of the Sea series— from the USA TODAY BESTSELLING AUTHOR.

Margred is a Selkie—a legendary being of the sea, able to shapeshift into seductive human form. And she has found a human she desires...

Burned out from the big city, Caleb Hunter becomes police chief on the peaceful Maine island of World’s End. Then he meets a woman who’s everything he’s ever dreamed of…

Their passion is undeniable, irresistible—and it may change the fate of humankind. 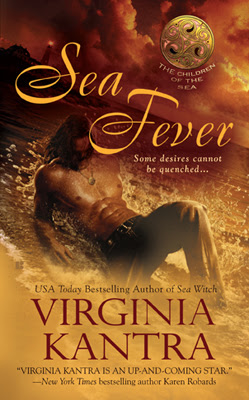 When the last available bachelor on World’s End island marries someone else, working mom Regina Barrone realizes that the love she yearns for isn’t just going to appear by magic... Dylan Hunter has returned to land for his brother’s wedding, but he is troubled. Years ago, he chose his life as a selkie—an immortal being of the sea—over the fragile and treacherous emotions of humanity... But Neither Regina nor Dylan foresee the future, where only love can save them—and the world. 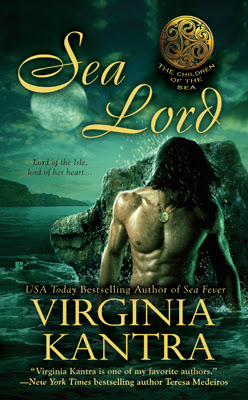 Selkie prince Conn ap Llyr denies his deeply sensual nature to rule over the immortal Children of the Sea. But when the Children of Fire threaten the Selkies' Sanctuary, Conn must obey his haunting visions-and seek a woman thousands of miles away...

Schoolteacher Lucy Hunter knows nothing about her Selkie heritage or the prophecy that drives Conn to find her. She is content with her life on the quiet Maine island of World's End. That is, until a proud, compelling stranger appears to challenge her assumptions and awaken her desires...

Their love will tear them between two worlds...

To combat Fire, Conn needs Lucy's magic-even if this means stealing her away to Sanctuary. As the demon threat grows, so does their passion, overcoming Lucy's fears and Conn's guarded heart. But soon they face a devastating choice. Will their love be enough to save them? Or will their destinies tear them apart? 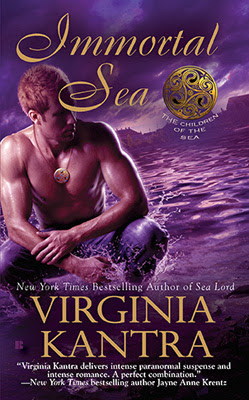 The island of World's End sets the stage for a dramatic reunion between Morgan of the finfolk and a woman he met years ago-a woman with a startling secret. 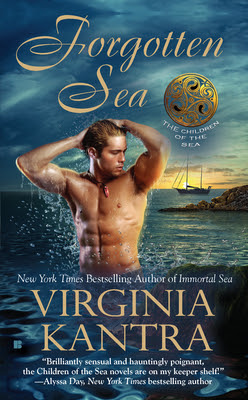 Fallen angel Lara Rho is desperate to prove herself a seeker by rescuing the restless sailor Justin Miller. He's no angel, but she is irresistibly drawn to him-and is soon drawn into an adventure of danger and discovery.

The Children of the Sea Prequels 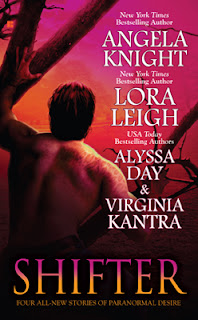 WHEN IT COMES TO SHAPESHIFTING PARANORMAL ROMANCE, WHO CAN RESIST...

Whether transforming under a blue moon or prowling the streets, the shifters come alive to fulfill the wildest of fantasies in this seductive anthology by four masters of paranormal romance. 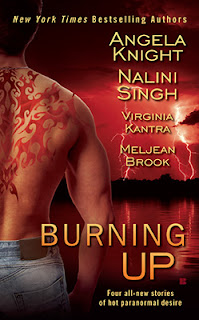 Bring these four authors together and it's sure to ignite a spark...

Angela Knight pairs a vampire warrior and his seductive captor in a battle against demonic predators.

Nalini Singh returns to the world of her Psy-Changeling series as a woman in lethal danger finds an unlikely protector-and lover.

Virginia Kantra continues the haunting tales of the Children of the Sea in her story of a wounded soldier rescued by an enigmatic young woman.

Meljean Brook launches a bold new steampunk series about a woman who strikes a provocative-and terrifying-bargain for freedom. 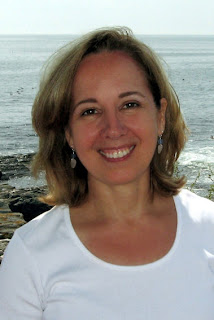 New York Times bestselling author Virginia Kantra is the author of more than twenty books and  winner of two National Readers' Choice Awards.  This year, she is a double nominee for Romance Writers of America RITA award in Paranormal Romance (Immortal Sea) and Novella (“Shifting Sea” in the anthology Burning Up).

How:  Leave a comment answering any or all of Virginia's questions:

What settings—real or imagined—work for you? Where are you going this summer? The sea? The mountains? What books are you taking along?

There are a total of 3 entries you may receive: Comment (1 entry), Follower (+1 entry), and Facebook and/or Twitter (+ 1 entry). This is subject to change again in the future for future giveaways.

Who and When: The contest is open to all humans on the planet earth with a mailing address. Contest ends at 11:59pm US Eastern Time on Friday, June 17, 2011. Void where prohibited by law.