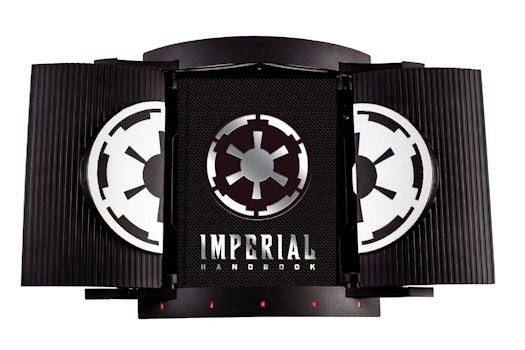 The Empire has taken hold of the galaxy. Soon, with the completion of the Death Star, its control will be absolute. To prepare for the influx of military personnel required to complete this phase of the Emperor’s plan, elite Imperial officers have outlined the processes, protocols, and hierarchy each newly-promoted Imperial Commander must carry out to fulfill the Emperor’s vision.

Star Wars®: Imperial Handbook: A Commander’s Guide is written by top Imperial officers from the Imperial Army, Navy, and Stormtrooper Corps. It provides a comprehensive overview of the Imperial war machine—from coordination between the various military branches to Imperial battle tactics, mission reports, and equipment supply chains—and its role within the Emperor’s long-term plan for galactic domination.

Following the Battle of Endor, this copy of Imperial Handbook fell into the hands of the Rebel Alliance. Through handwritten notes left in margins, leaders for the Rebel Alliance, such as Princess Leia, General Madine, Han Solo, and Luke Skywalker provide a running counter-commentary to the official Imperial propaganda.

Housed in a protective case that opens with lights and sounds, this never-before-seen Imperial Handbook is perfect for Star Wars® fans—no matter which side of the rebellion they’re on. 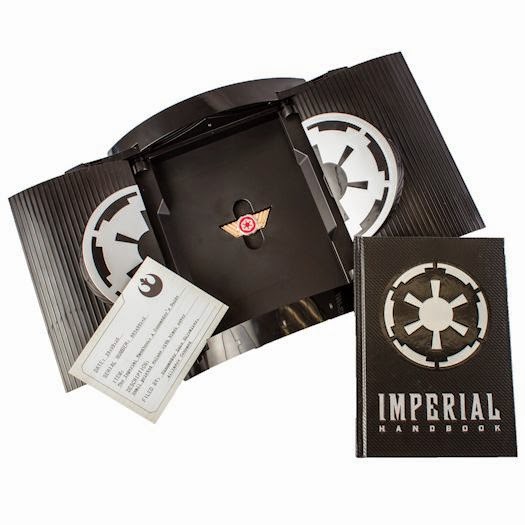 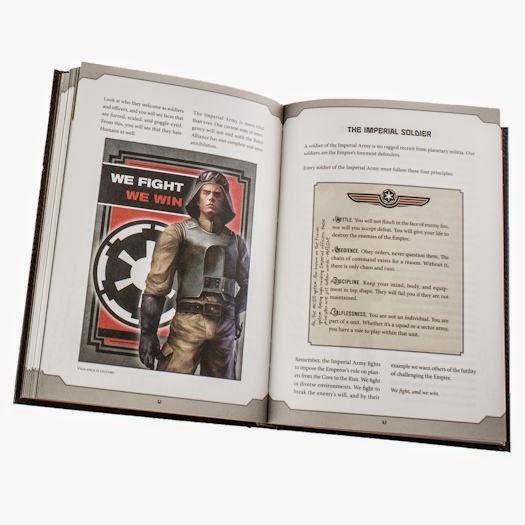 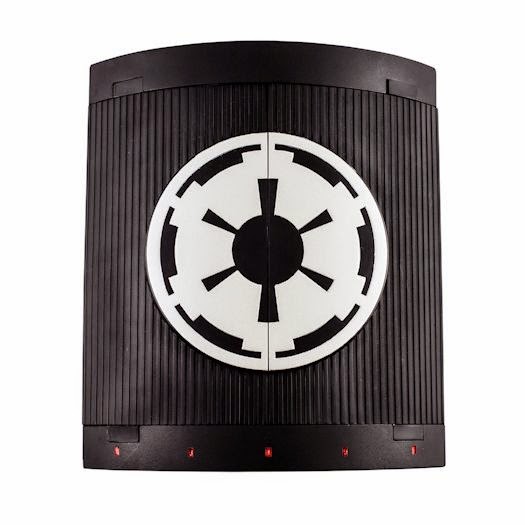 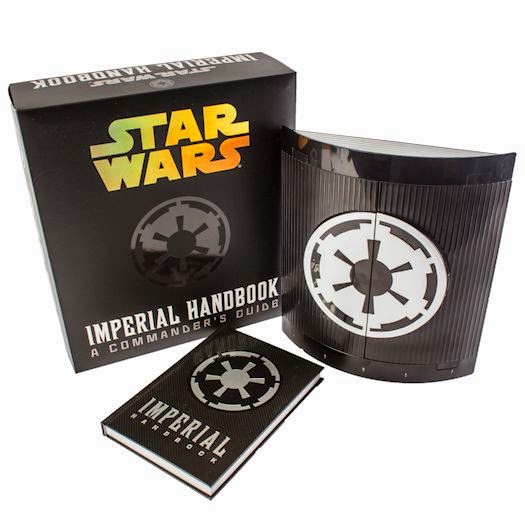 From the Press Release:

This fall, just in time for the holiday season, Lucasfilm™ announces the release of STAR WARS: IMPERIAL HANDBOOK, the latest artifact to come from INSIDE the STAR WARS™ universe. From the book producers who unearthed THE JEDI PATH and BOOK OF SITH comes the newest book from a galaxy, far, far away . . . . a guide for Commanders of the Imperial Military.

The Empire has taken hold of the galaxy. Soon, with the completion of the Death Star, its control will be absolute. In preparation for this Imperial expansion, high-ranking officials from each branch of the Imperial military have set down tactical guidelines and procedures as well as collected mission reports and classified documents for all newly ascending commanders.

In the wake of the Battle of Endor, members of the Rebel Alliance intercepted this top-secret instructional manual and have circulated it among their own commanders, who have added notes and commentary in the margins.

Housed in a protective case, this rare glimpse into the military governance and philosophy of the Empire offers a unique perspective for those on both sides of the rebellion.

"Imperial Handbook continues the legacy of STAR WARS books originating within the universe. This closely guarded handbook bears witness to the core philosophies and flawed practices for the Imperial military. With handwritten annotations from Rebel Alliance leaders, such as Princess Leia, Han Solo, and Wedge Antilles, and a one-of-a-kind Imperial Order of Glory medal, Imperial Handbook delivers a galaxy far, far away straight into your hands," says J.W. Rinzler, executive editor at Lucasfilm.

To heighten the drama of the text’s backstory, STAR WARS: IMPERIAL HANDBOOK Deluxe Edition is housed within a sleek mechanical case. With the touch of a button, the top of the case slides open accompanied by lights and authentic STAR WARS sounds, revealing the book within.
...

“Our-world” author:
Daniel Wallace is the New York Times bestselling author of Star Wars: The New Essential Guide to Characters, as well as a dozen more books that explore the underpinnings of the STAR WARS universe, including Star Wars: The Essential Atlas and The Complete Star Wars Encyclopedia. He is a regular contributor to Star Wars Insider magazine and assembled the questions used in the STAR WARS themed Trivial Pursuit game. In addition to making many contributions to the galaxy far, far away, he has written for universes including Indiana Jones, Smallville, Supernatural, DC Comics, and Marvel Comics.
Source: qwillery.blogspot.com
0 Comments+ Sharelabels (5)Flag
AllDaniel WallaceFeatureStar WarsStar Wars Imperial Handbookbeckerandmeyer