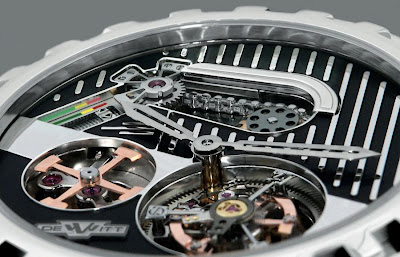 DeWitt has enhanced its constant force tourbillon with a system that relays energy to its associated power reserve indicator. Rotating the crown when winding the barrel-spring drives a miniature chain, which uses an intermediate wheel to activate the power reserve indicator sliding on a worm screw. Three years after developing a patented regulating system – three extra wheels transmitting impulses of identical force to the tourbillon, whatever the barrel’s degree of tension 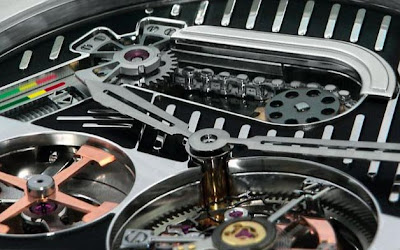 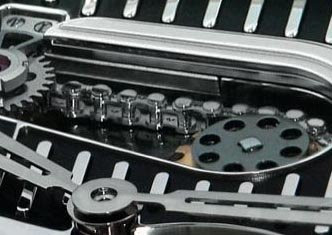 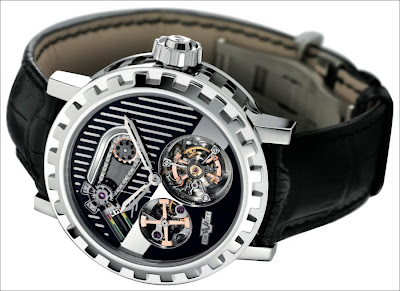 Selling for 400,000 Euros at the OnlyWatch auction before it had been shown to anyone, the DeWitt Concept No.1 was a beast to behold last week at Baselworld. Devoloped with French architect Jean-Michel Wilmotte, this gothic pirate spaceship of a watch is taking the steampunk oeuvre to new heights with its expanding riveted case, flying tourbillon, five barrels and a 21 day power reserve.
I had a private viewing of the watch and took these shots... Some perspective on the size from the DeWitt watchmaker

The entire time I wondered why this watch looked familiar
...then I figured it out!