A Round-Up of Three Dimensional Tourbillons 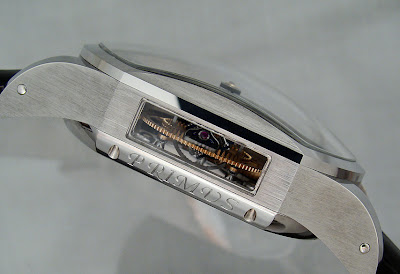 by Alex Doak (exclusively for The Watchismo Times)

There nothing quite like a definitive list of stuff to warm the cockles of a straightforward, slightly obsessive bloke such as myself (or “multi-talented bloke” as certain blog proprietors would naïvely have it…). Much like Nick Hornby’s central character in High Fidelity, I find little else more satisfying than pigeonholing the components of my obsession – in this case watches of course, as opposed to pop songs – into their discrete subsets and arranging things appropriately in chronological, alphabetical, autobiographical, or even aesthetical fashion.

So for Definitive List #1, by way of background, let’s kick off proceedings by listing every tourbillon ever made to date…. No, stupid idea. What about bi-axial tourbillons, then? That’s easier – but still long-winded. Why, there’s Thomas Prescher’s Torkel pocket watch; Franck Muller’s Revolution 2; Jean Dunand’s Tourbillon Orbital; Blu’s Majesty Tourbillon; anything by Greubel Forsey; Panerai’s misplaced new entry to the world of manufacture movements, P.2005; the similar ‘tumbling’ cage mechanism at the heart of HD3’s Vulcania; Girard-Perregaux’s huge SIHH 2008 launch, the imaginatively titled “Bi-Axial Tourbillon”… My quasi-OCD tendencies are nagging at me to complete the list, but that’s no fun. As James Gurney noted in QP’s editorial last year, in reference to Michael Balfour’s joyous new “Cult Watches” book, there’s nothing quite like a list to inspire controversy. Tell your readers that the Swiss watch industry is a cynical, PR-fed cartel, and nothing. On the other hand, dare to omit Jaeger-LeCoultre’s Gyrotourbillon from a list of two-axis tourbillons and watch all hell break loose. (See? I didn’t forget it!)

So, in descending chronological order, here’s my definitive list of three-dimensional, or rather triple-axis tourbillons – with one notable deliberately left out. Send answers->here. The prize is the pride.* 1. Aaron Becsei’s Primus, unveiled this year at the AHCI stand at Baselworld. An extraordinary achievement for someone born in 1979. Puts your life’s work in perspective don’t it…? 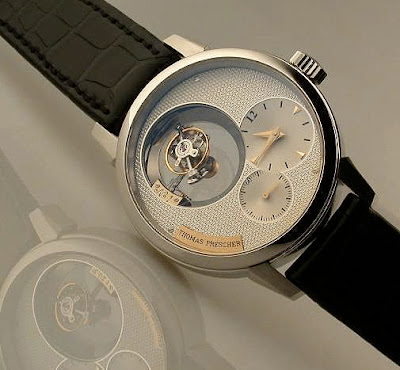 2. “TAT”, from Thomas Prescher’s Trilogy – you get a single-axis and double-axis wristwatch in the bargain too! Another sickeningly youthful prodigy. 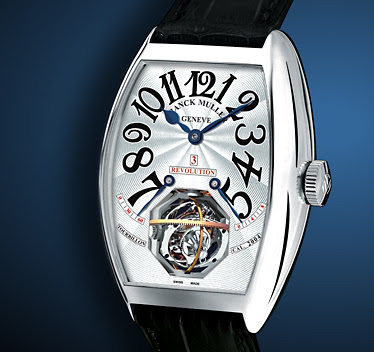 Tourbillons rotating in space are not a new thing though. As far back as 1860, American watchmaker Albert Potter constructed a tourbillon with an inclined balance for a carriage clock.  German watchmaker Walter Prendel drew inspiration from the master horologer Alfred Helwig and tried again in 1928 to place the tourbillon in space, this time in a pocket watch. The balance spring and rotor was inclined 30 degrees from the horizontal and made one rotation in six minutes. In 1980, English watchmaker Anthony Randall – up there with Derek Pratt, Daniels, Dufour et al. – patented the first tourbillon with two perpendicular axes. Over 20 years later, Richard Danners developed a double-axis tourbillon in a large 55mm pocket watch for Gübelin.

*and yes, this does conveniently let me off the hook for not researching thoroughly enough…

Other notables for consideration; 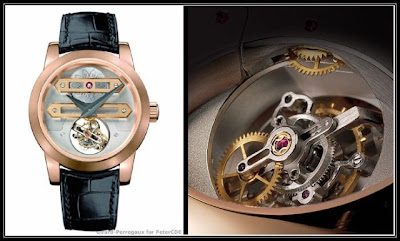 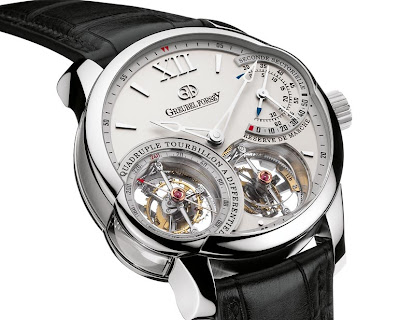 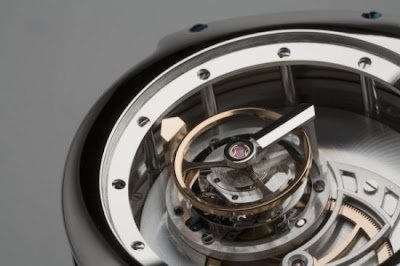 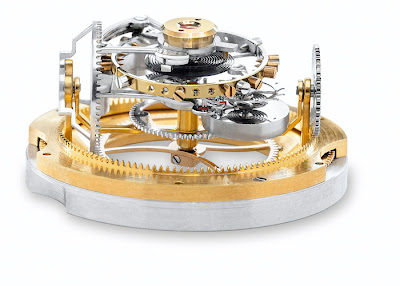 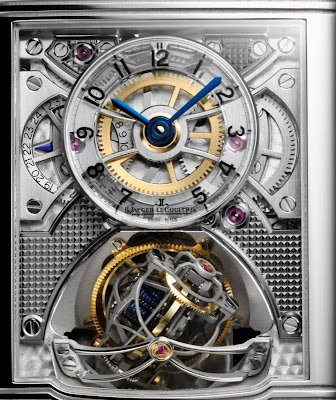