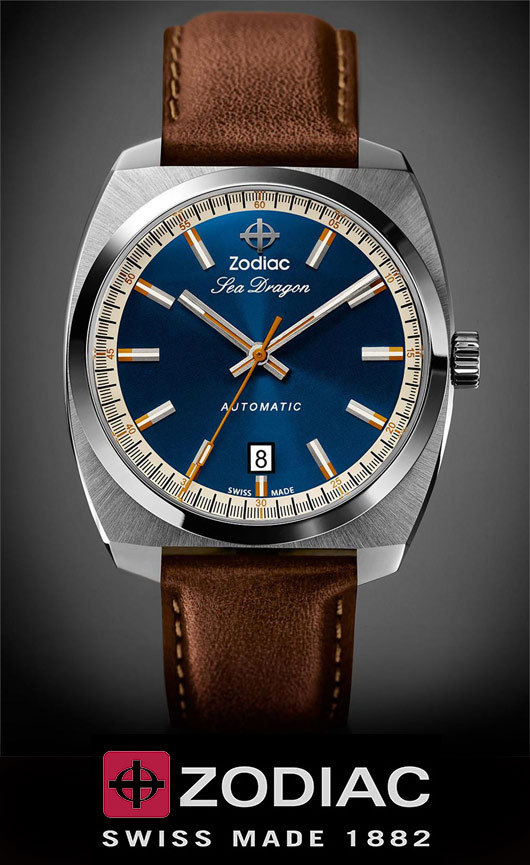 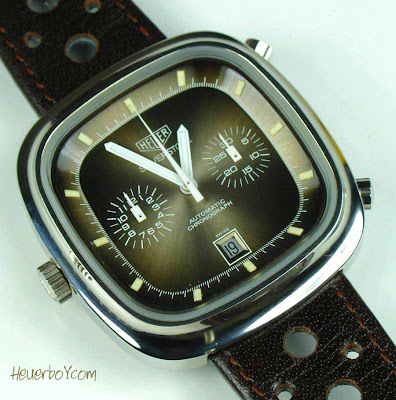 Two and a half years ago, I issued a "Reissue Wish" from Tag Heuer (as seen here), having no idea if I had any influence on them, the reintroduction of the Heuer Silverstone Calibre 11 Chronograph has just been announced. And here they are... 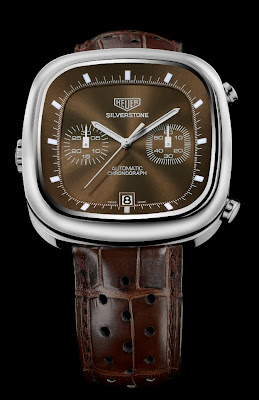 Although it appears that I was correct when stating that the original dial color (shown at very top) has not exactly been replicated. It kills me that I sold all my Silverstone collection years ago, the new models are going to cost around $6500 each. 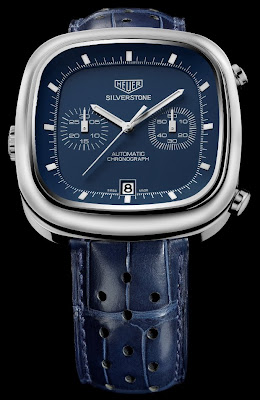 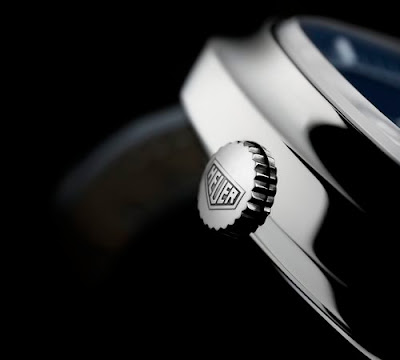 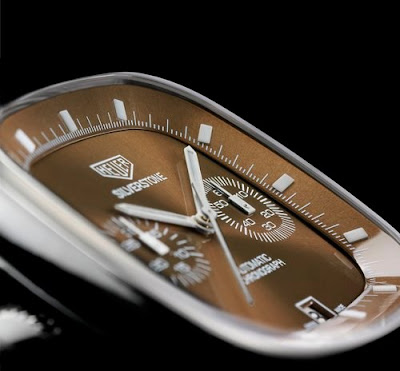 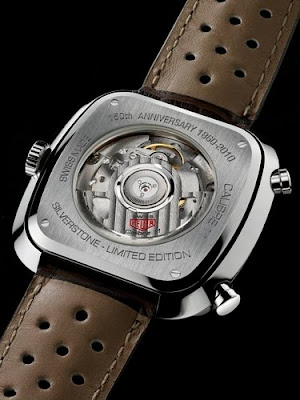 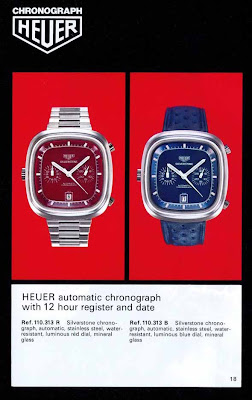 From one of the original seventies Heuer catalogs

Thanks to the super cool watch blog Perpetuelle for taking note of my long lost post!
For more detailed information about this release, visit Calibre 11 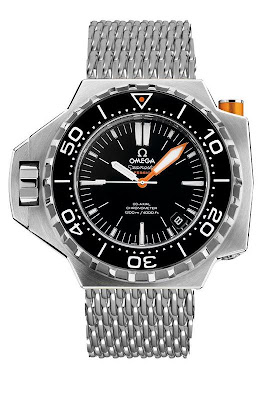 Below, a watch collector friend provided a wrist shot of his enormous vintage 1970s Ploprof... 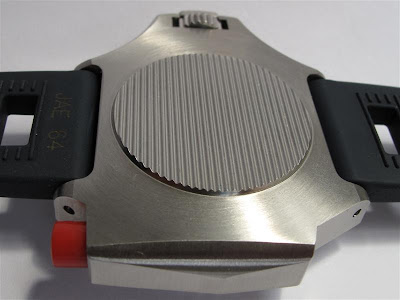 The solid caseback (movement was accessed from the front)

Some history on the Ploprof from Deskdivers;

Developed in conjunction with Comex and the legendary Jacques Cousteau, Omega conceived and developed what was probably the first waterproof watch designed and built solely for the diving professional.The watch took 4 years to come to the market after extensive testing and arrived in 1970. It was nicknamed PloProf by the French speaking development team and derives from the French term PLOngeur PROFessionnel (Professional Diver).Comex used early models of the PloProf and continued their research into living underwater for prolonged periods. One Issue that still concerned Comex was helium infiltration, which carried the danger of causing a watch crystal to pop out during decompression. There is no proof that this problem occurred with any Ploprof, and later tests by the American diving research centre Ocean Systems Inc. in Tarrytown, NY, certified that the Ploprof was ‘more watertight’ than a submarine. However, Comex wanted to be sure to combat the helium infiltration issue, rather than trust improved watch-case sealing. They chose to continue their research work with Rolex and Doxa to test their new Helium Expulsion Valve (HEV) designs. HEVs were incorporated in the Rolex SeaDweller which Comex used reliably for many, many years."

Related Posts at The Watchismo Times; He sums it up with; "Should you buy a LIP Mach 2000 Dark Master Chronograph? The answer to that all depends on whether you find a connection with the ideal presented in 1970s futurism. Do you want a piece of modern design history? Can you appreciate the toils of industrial design and post-Bauhaus era industrial French charm? Will the concept of psychological design resonate with you in so far that the bright colors and organic shapes combine with pure function to interface better with humans? The LIP Mach 2000 Chronograph design is one man’s attempt to address these issues and more." Up until this point, the newly (re)launched Ikepod had a secret watch called the Black Hole, only being shown as a silhouette (below), and a limited edition of 66. Now, thanks to Kong at the Purists Watchprosite, who photographed the now likely sold out model at the Tempus event in Singapore, we can finally see what was just over the event horizon.

The Black Hole is actually an all black version of their Horizon series with optical illusion dial of gradating holes convexing from the ellipse case. Paul Smith has reissued the dashboard style watch, a somewhat tamer variation of the previous model from their fun collection of the late-nineties. Called the PS20, it features what appears to be a retrograde style display (when hands reach the right, they flyback in the blink of an eye), but it's actually just a double handed display. Once one end of a hand is out of view, the opposite end appears. Time is told much like that of many other retrograde watches (seen here-->link) and the casing appears to be brushed steel with a block link bracelet. The date is viewed through a porthole in the bottom half of the watch. £375 (quartz) Paul Smith Watches-->Link Most of the original collection

Some had mechanical movements, most were Quartz. Many inspirations from the vintage LIP, Christian Dior and Pierre Cardin watches of the seventies. Most of the current collection is pretty drab otherwise. When a brand reissues a model from their past, somehow, it just never looks quite right. It's either too polished or the details that originally made it interesting are dulled down.

The Doxa Grafic of 1957 was very modern for its time, a stark dial with a simple starburst of crosshairs was really quite different for a wristwatch. As the original 1957 advertisement above states, "Excitingly, Fashionably, Emphatically Different!" An affordable alternative to the asymmetrical Patek Philippe watches by Gilbert Albert of the same time. Patek-->Link

The minimalism of the bauhaus inspired design has been relatively faithful over past years. Now, with the 50th anniversary of the Grafic in 2007, liberties have been taken for a new chronograph version. A vintage Grafic with raised markers->Link